Welcome to the official page for Tortoiseshell Cat Appreciation Day*! I created this day in memory of Ruby. April 17, 2011 was the day I brought her home. Sadly, she passed away on December 18, 2019, following a brief illness.

Ruby was the consummate tortie. She had tortitude in spades. She was strong-willed, lively, and very possessive of me. She wore her big tortie heart on the proverbial sleeve: she was the most affectionate cat I ever had.

I call on all of you who share your life with a tortie to celebrate Tortoiseshell Cat Appreciation Day. On April 17, let’s flood the internet with photos of our torties. Let’s turn Facebook, Instagram, and any other social  networks you’re a part of brown, tan, gold, black, cinnamon and all colors in between.

Let’s bring awareness to these often misunderstood cats and their “tortitude.” 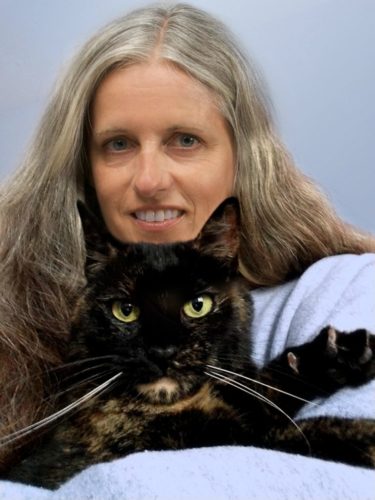 What is a Tortoiseshell Cat?

Tortoiseshell cats are not a breed. They are named for their distinctive coloring – a combination of patches of black, brown, amber, red, cinnamon and chocolate. The size of the patches can range from a speckled pattern to large splotches of color. The term “tortoiseshell” is used for cats with brindled coats with very few or no white markings, as opposed to calicos, who are tri-colored cats with larger areas of white fur. There is some debate as to how much white a cat can have and still be considered a tortoiseshell.

Sometimes, the tortoiseshell colors are more muted and present in lighter versions such as lilac or cream. Torties with this lighter coloring are called dilute torties. Very dark torties with a lot of black in their fur are often affectionately called “chocolate torties.” Occasionally, the typical tortoiseshell colors are also seen in a tabby (striped) pattern; these cats are referred to as “torbies.” Tortoiseshell markings appear in many different breeds. 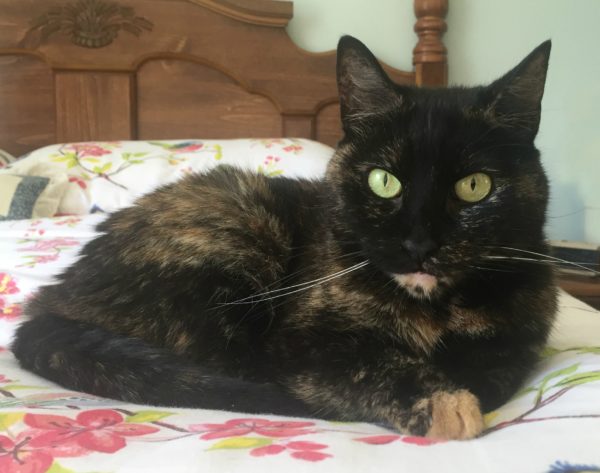 The Unique Genetics of Tortoiseshell Cats

The tortoiseshell coat color is the result of a combination of genetic and developmental factors. A cat’s main color is determined by a primary coat color gene. The tortoiseshell pattern is determined by two co-dominant genes, in other words, two genes that are expressed at the same time and affect each other. In a bi-colored tortie, these two genes comingle to produce the characteristic brindled tortoiseshell pattern. In dilute torties, these genes are modified by a recessive gene, which results in softer coat colors. Black becomes grey, orange becomes cream. Gender in cats is determined by two types of chromosome – the X chromosome and the Y chromosome. Normal female cats have two X chromosomes in their DNA, and normal male cats have one X and one Y chromosome. The two co-dominant genes that produce the tortoiseshell pattern are both only on the X chromosome. The red, yellow or orange color is caused by the “O” (for orange) gene. The O gene changes black pigment into a reddish pigment. The O gene comes in one of two alleles (versions): O (orange) or o (not orange). An XO-XO combination will result in an female orange or marmalade cat, an Xo-Xo combination in a female black cat. A cat with both XO and Xo alleles will have a tortoiseshell pattern.

A tortoiseshell cat may have a distinct tabby pattern on one of its colors. This pattern is driven by yet another gene. Tabby cats, also referred to as tiger cats, are cats with a coat featuring a pattern of distinctive stripes, lines, dots or swirling patterns. These cats are known as torbies, and, like all tortoiseshell cats, are predominantly female. 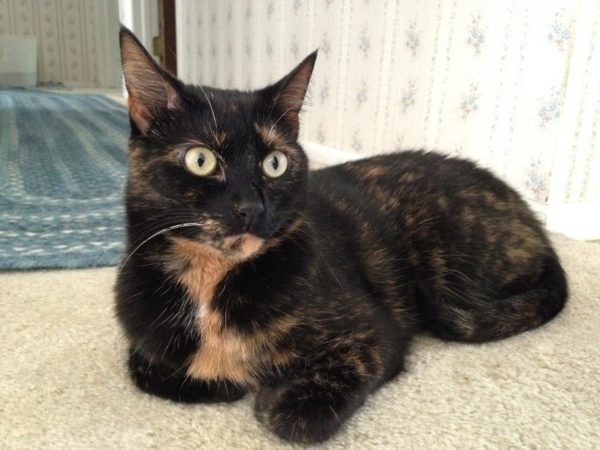 Tortoiseshell is Not a Breed

Tortoiseshell markings appear in many different breeds. The breeds listed below can all exhibit tortoiseshell patterns: 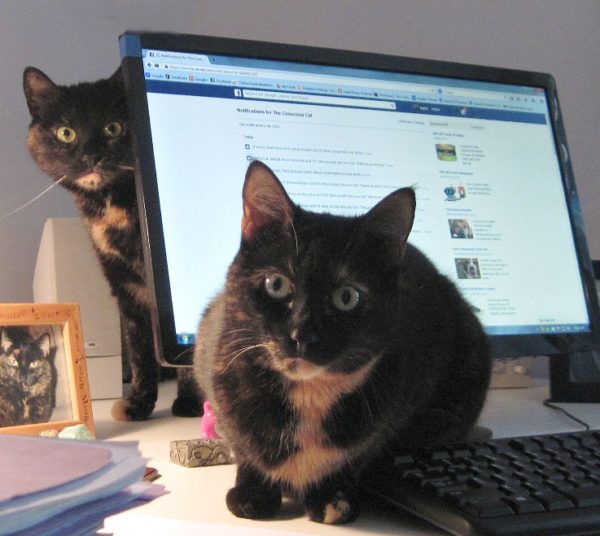 In addition to their distinctive coloring, torties also have a reputation for unique personalities, sometimes referred to as “tortitude.”  They tend to be strong-willed, a bit hot-tempered, and they can be very possessive of their human. Other words used to describe torties are fiercely independent, feisty and unpredictable.  They’re usually very talkative and make their presence and needs known with anything from a hiss to a meow to a strong purr.  These traits are stronger in tortoiseshell cats than in calicos – it seems as though these traits are somewhat diluted with the addition of more white to the color scheme.

While there are some commonalities between torties when it comes to personality, their seem to be wide variations in the degree of tortitude and in how it is expressed. Some cats appear to  have read the book on tortitude, displaying all the traits attributed to cats with this coloring. Others may vary in temperament, and only demonstrate certain aspects of it. All cats are individuals, and torties are no different in that respect, with the possible exception that they are far more demonstrative of their unique personalities than cats of other colors. 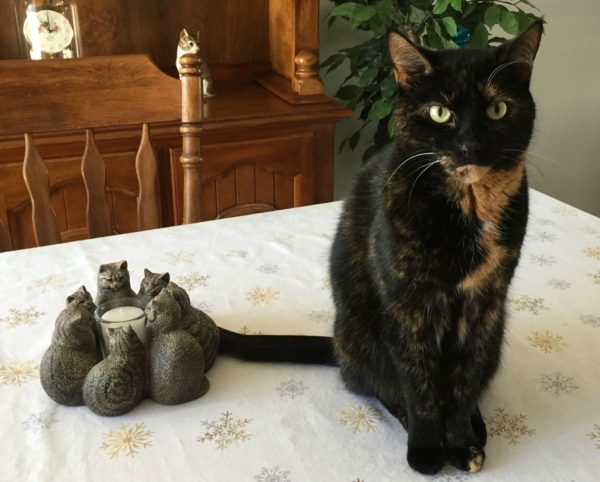 Torties are thought to bring good luck in many cultures. They are sometimes referred to as the money cat.

Tortoiseshell cats were believed to have psychic abilities and see into the future. It is said that those who dream of a tortoiseshell cat will be lucky in love.

Use hashtag
#tortoiseshellcatappreciationday
with your social shares 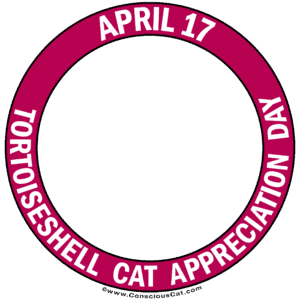 Click on the image above to download a blank frame of the Tortoiseshell Cat Appreciation Day logo for you if you’d like to create an image with your own tortie. All I ask is that you don’t alter the frame and leave the copyright and URL at the bottom of the frame in place in anything you create.

*I have applied for an official designation of this day from the National Day Archives, and my application is being processed. However, in the spirit of tortitude, and given how important it was to me to celebrate this day on Ruby’s first adoption anniversary after her passing, I chose to pre-empt official approval and launched the celebration without an “official” designation.