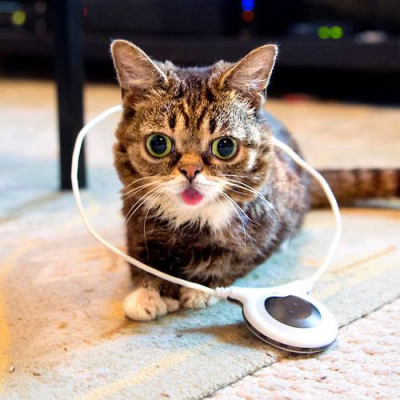 When your cat is in pain, there’s probably nothing you wouldn’t try to get him or her feeling better. However, treating pain in cats is often a paradox; it’s hard enough to tell when a cat is in pain in the first place. Once pain is diagnosed, there are very few medications approved for long-term use in cats due to cats’ delicate internal organs, which can easily be damaged by even small doses of medication.

As an alternative to pharmaceuticals, many cat owners have turned to non-drug modalities like Reiki and acupuncture – and, more and more, cat guardians are discovering targeted pulsed electromagnetic field therapy (tPEMF™). Cats with pain associated with arthritis, pancreatitis, wounds, or post-surgical swelling – plus a variety of other conditions – could benefit from tPEMF therapy.

Assisi Animal Health is proud to have created a technology that works especially well on feline ailments, especially when other treatments can fail. The Assisi Loop is especially helpful for cats because it is a non-pharmaceutical, non-invasive treatment. Cats tolerate it much better than many medications. Not only that, but a lot of cats really enjoy receiving Loop treatments. Because the Loop stimulates the body’s own healing process, rather than introducing a new substance (like a medication), even a sensitive cat body can handle it easily.

The Assisi Loop has been involved in the healing of many wonderful animals over the years, and some of our favorites have been cats. Here are just a few examples of cats that have benefited from the Loop.

As Assisi Animal Health’s very own celebrity cat, Lil BUB has charmed scores of folks with her wide-eyed, limp-tongued face and her ability to overcome great odds. BUB is a dwarf cat with osteopetrosis. Osteopetrosis is an exceedingly rare condition that has only been documented a single time in cats. BUB is the only cat in the world known with this bone disease. It causes her bones to become overly brittle and dense, prone to pain and breakage.

BUB had already achieved internet stardom when she began to lose mobility and soon was hardly able to walk. Her “dude,” Mike Bridavsky, was worried that she might have to be euthanized. Thankfully, a fan came forward and told Mike about the Loop. He began using the Loop and was shocked by the improvement in BUB. Now, after a year and a half (as of this writing), BUB has gone from being practically immobile to playing, running, jumping, and climbing the stairs with ease.

As cats age, they often develop arthritis, but it can be hard to tell when they are in pain. Thankfully, 18-year-old Maine Coon Autumn’s guardian Ellen is very tuned-in to her cat’s needs, and was able to tell that Autumn needed some help. When Autumn’s legs started to slide out from under her, Ellen took her to the vet, where she was diagnosed with osteoarthritis. After using the Loop, Ellen could see a difference in the way Autumn was walking. She improved quickly, and while she still gets physical therapy and pain medication, she is much more comfortable with the Loop than she would be without it.

After suffering a series of strokes, Hazelnut, who is owned by veterinarian Dr. Andrea Tu of New York City, experienced a number of complications. Her head was tilting to the left, and she had decreased feeling in her tongue. Her tongue hung out of her mouth due to the head tilt and she kept biting it by accident, causing it to become injured. She also lost her ability to meow. After 2 ½ months of using the Loop, however, she was only falling to the left about 10-15% of the time, and her tongue almost completely healed. Furthermore, she started meowing again for the first time since her strokes.

How does the Loop do all of this?

The Loop emits a burst of micro current electricity. This electromagnetic field causes a chemical cascade, which activates the Nitric Oxide (NO) cycle. NO is a key molecule in healing for humans and animals. The compound is released when we exercise and when we are injured. It assists the body in naturally repairing itself.

The Assisi Loop enhances NO production to help speed healing of soft and hard tissues. The specific ratio of frequency to burst width used by the Loop has been found to be the most effective at delivering the amount of current that is similar to what is already used by the body. More is not always better, and too much NO production can actually slow healing.

tPEMF has been used in the human world to decrease pain and edema (swelling) after breast reconstruction surgery. It was shown in clinical studies to decrease osteoarthritis pain in humans by 60% (Nelson 2011), and to increase the speed at which wounds heal (Kloth 1999).

The Assisi Loop™ brings tPEMF to the animal kingdom in the form of a lightweight (4-ounce), portable treatment for any animal. The 7.5-inch loop of wire is attached to a signal generator. When the power button on the signal generator is pressed, the Loop administers a 15-minute treatment of tPEMF therapy in a football-like shape extending out from either side of the Loop. It can be used for any type of inflammation, ranging from arthritis to pancreatitis to degenerative conditions that can cause pain and mobility issues.

Some cats do react to the first few times a Loop is used, simply because they may feel a slight tingling sensation during treatment, but it’s not painful and usually goes away quickly. For these cats, reducing treatments to 5 or 7 minutes each, and slowly working the length of treatment back up to the full 15 minutes, will get them used to the Loop more gradually.

For more information about how the Loop could help your cat, visit http://www.assisianimalhealth.com or contact Assisi Animal Health at  [email protected], 866-830-7342.

Image of Lil BUB at top of post and images of Autumn and Hazelnut courtesy of Assisi Animal Health, used with permission. Second image of LIL BUB via BUB’s Facebook page, used with Mike Bridavsky’s permission.

FTC Disclosure: This is a sponsored post, written by Charlotte Jusinski. I was compensated to feature this content. Regardless of payment received, you will only see topics on this site that I believe are of interest to my readers.