Black Cats have long had their special day – in fact, they have two days. Depending on who you ask, Black Cat Appreciation Day is celebrated on August 17 and October 27. And for many years, every year on those two dates, I have asked myself why there is no Tortoiseshell Cat Appreciation Day. Well, that’s about to change!

I created this day in memory of Ruby. Why April 17? Because that’s Ruby’s adoption anniversary. Nine years ago, on April 17, 2011, I brought my precious little girl home.

I never thought that she wouldn’t be here to celebrate her 9th adoption anniversary with Allegra and me. For those of you  new to The Conscious Cat, she passed away on December 18, 2019, after a brief illness.

In her memory, I call on all of you to celebrate torties in all their uniqueness and beauty. On April 17, let’s flood the internet with photos of our torties. Let’s turn Facebook, Instagram, and any other social  networks you’re a part of brown, tan, gold, black, cinnamon and all colors in between.

Let’s bring awareness to these often misunderstood cats and their tortitude.

Please help  me spread the word! On April 17, the internet will be a more beautiful place because it will be taken over by torties! 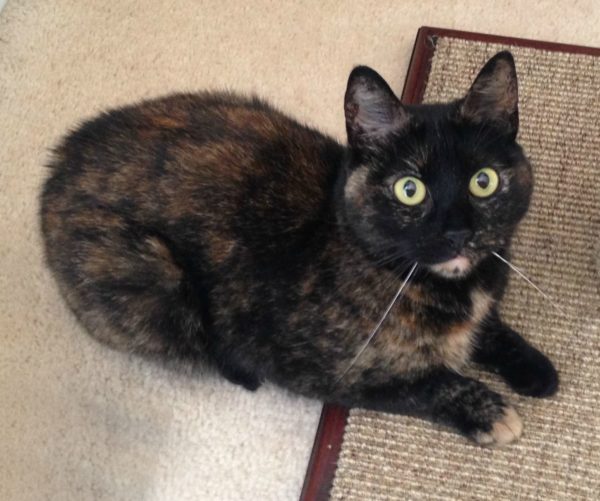 I’d like to think that Ruby would love having a day in her memory that celebrates torties everywhere. In fact, she’s probably already planning on having an extra large helping of tuna cake, wherever she may be now.

*I have applied for an official designation of this day from the National Day Archives, and my application is being processed. However, in the spirit of tortitude, and given how important it is to me to celebrate this day on Ruby’s first adoption anniversary after her passing, I’m pre-empting official approval and launching the celebration this year without an “official” designation.