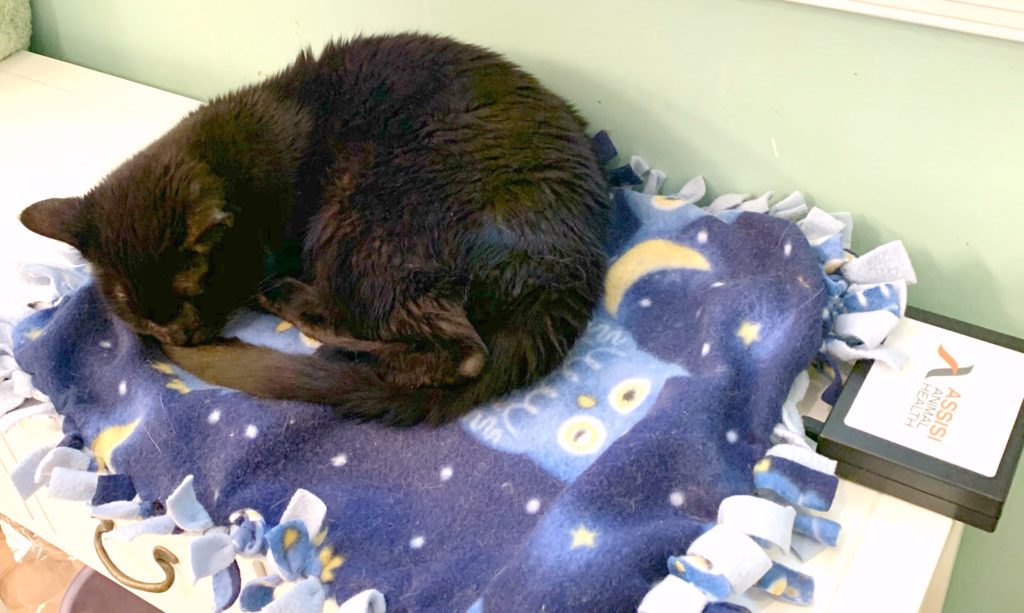 14-year-old  Henry shares his life with Harry and Julie Shubin and six other cats in a Virginia suburb of Washington, DC. He has been sick for at least half his life.

“He should have been dead at least twice,” Harry told me. “It started with a couple of unusual infections, mycoplasma and Bordetella, when he was 7. Then, about 5 years ago, I saw him drinking a lot, and he was diagnosed with diabetes.” Henry needed insulin. Harry and Julie learned how to test his glucose levels by getting blood from his ear, and they monitor his blood sugar to this day.  “He’s SO good about it,” said Harry.

Henry was fed a low carb grain-free chicken canned food, but he began to develop food allergies, which led to weight loss and inflammatory bowel disease (IBD.)  “We started down the road of novel proteins, and, at this point have probably run through about everything possible: duck, lamb, rabbit, venison, kangaroo…” said Harry. It seemed to work. Henry gained all his weight back in a month – and then he went into heart failure. “It was so bad that the specialist didn’t even schedule a follow up appointment after he was stabilized,” remembers Harry. “They didn’t expect him to be around for it.” But Henry wasn’t done yet. After being on heart medications for a year, he made such an unexpected recovery that he was able to be weaned off all the drugs. Then, his diabetes went into remission, and he no longer needed insulin. 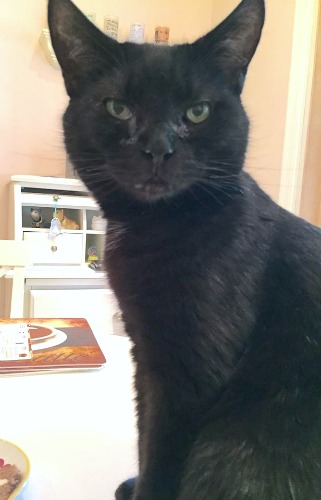 Unfortunately, about 18 months ago, his IBD flared, and he lost nearly half his body weight, from 10 pounds down to 6. His diabetes came out of remission.  “We had him on steroids and chemotherapy assuming the IBD had become lymphoma,” said Harry. “He was too weak for invasive diagnostics.”  When he didn’t respond by the end of the summer, Harry and Julie, in partnership with their veterinarian, decided they couldn’t ask any more of him.  “But somehow, I just had a feeling he was still fighting,” said Harry.

They decided to try a course of antibiotics after running blooldwork that showed what could have been either an infection or just could have meant he was shutting down. Harry, Julie and their vet felt that it was possible that that the chemo had reduced his immune system so much that he had an infection. “We also decided to throw everything we could at him,” said Harry. “Fluids every other day, acupuncture, you name it.” And once again, Henry the miracle cat rebounded.

“Not only is he back to within a pound of his previous weight, but he is back in remission from diabetes,” said Harry. Despite the improvements, Harry continued to look for ways to help Henry, and started asking about the Assisi Loop. “We were trying anything that might help.” 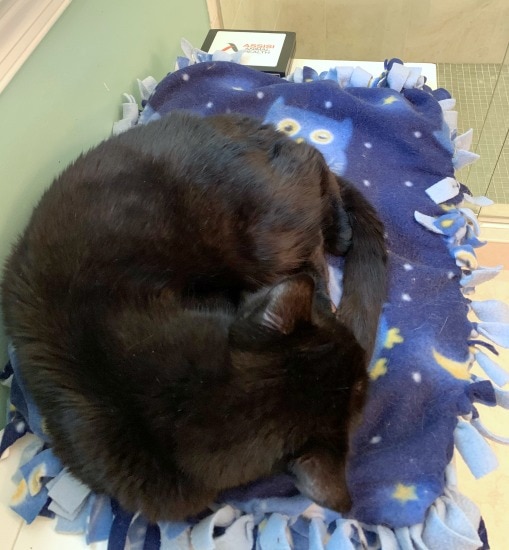 Just as Harry began to investigate using the Loop for Henry, he won an Assisi Therapy Pad in our most recent giveaway. Featuring the same pain control of the Loop via targeted pulsed electromagnetic field therapy (tPEMF™,) the Loop Lounge™ is the only therapeutic pet bed backed by scientific research. The fully rechargeable pad provides a full body anti-inflammatory treatment

Harry started using the Loop on September 10. Henry took to it right away. “There is a console table under a window that he likes to sleep on,” said Harry, “so I just put the pad under the blanket we keep there for him. When he napped, I would turn it on.”

Henry gets four treatments a day every day. “He naps a lot,” laughed Harry. Each treatment lasts about 15 minutes (the pad shuts off automatically after that.)

Henry clearly likes his treatments. “He can be sitting on the blanket, not napping, and I’ll turn it on and he’ll stretch out and fall asleep,” says Harry. “Often when it turns off, he wakes up.”

Harry and Julie began seeing evidence of improved digestion in the litter box. “This improvement didn’t start until we started using the therapy pad,” said Harry. Another benefit of using the therapy pad has been that it relaxes Henry so much, they started trying to do a treatment before giving him fluids. “It makes him more content to sit still while the needle is in him,” said Harry.

Harry admits he always thought of the Assisi Loop as an alternative therapy. “But it’s clearly not,” he says. “It should be mainstream.  I was glad that when I suggested it to our vet, she was extremely positive about trying it and didn’t have to be convinced.  Henry has certainly convinced me!”

The only therapeutic pet bed backed by scientific research