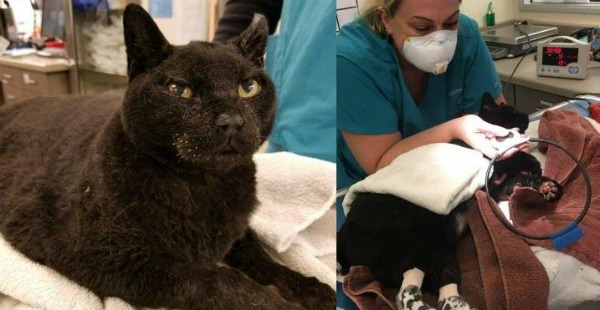 I find it almost impossible to wrap my mind around the devastation wrought by wildfires in California. My heart goes out to all the victims, but of course, I especially feel for the cats who are lost and injured in the fires. We recently featured Buttercup, who ended up in three different shelters while her humans were displaced by the Camp Fire. Today, I’d like to introduce you to 13-year-old Luke.

Luke was rescued and reunited with his owners after the Tubbs fire. He was treated at Windsor Animal Hospital in Santa Rosa for burns, dehydration, and pain. Luke was found four miles from his owners’ destroyed home. Sadly, this wasn’t Luke’s first experience with fire – he was rescued from a fire as a kitten.

To help give Luke a speedy recovery and pain management from his recent burns, the hospital staff added additional treatments from their physical rehabilitation department, including the Assisi Loop. “Cold laser and pulsed magnet therapy treatments give the wounds the boost needed for optimal tissue repair and to provide pain management,” said Kristen Hagler, RVT, VTS (Physical Rehabilitation), CCRP, CVPP, OACM, CBW. “These therapies stimulate the body’s natural pain management and reparative systems, which are most sluggish in early stages of injury.

The staff used the Loop to treat multiple burn victims. Other treatments for these cats (and dogs) included would care, and, for cats with respiratory smoke inhalation, which varied in severity, inhaled medications and oxygen. 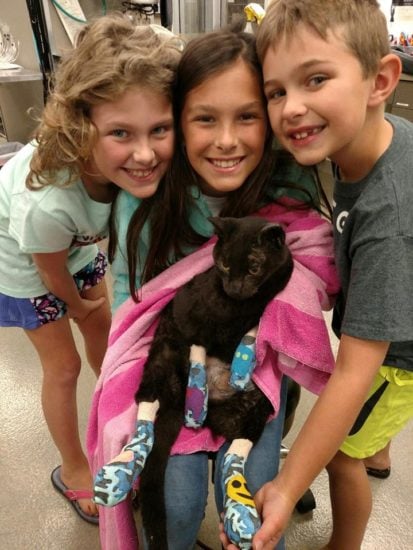 “The Loop helped to support healing in many ways,” said Kristen. “First, it was a treatment which could be performed multiple times a day with very little stress to the cat.” The Loop can be applied over bandages and all the cats needed to do was lie there during the 15 minute treatment time. Since so many cats were affected by the fire, the hospital had volunteers helping with caring for them. “The Loop’s ease of application required very little training to use properly,” said Kristen, “Loops were placed directly over the bandages, with all feet typically being treated at once and the cat sleeping peacefully. By providing an adjunctive pain management tool also while supporting the natural healing abilities of the body, the cats treated showed accelerated healing and less need for opioids and oral pharmaceutical pain medications.”

Luke was reunited with his family and brother Jake. They were almost identical before the fire. As you can see in the photos, Luke lost a lot of weight and muscle mass during his ordeal.

Luke has since made a full recovery. Two of his digits ended up being fused together during the process of healing from the deep burns, but they’re not affecting him negatively. 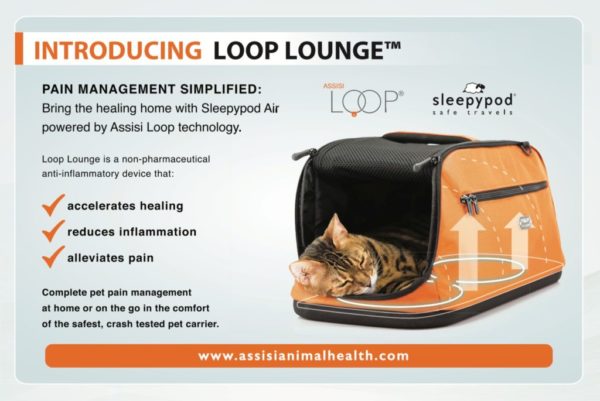