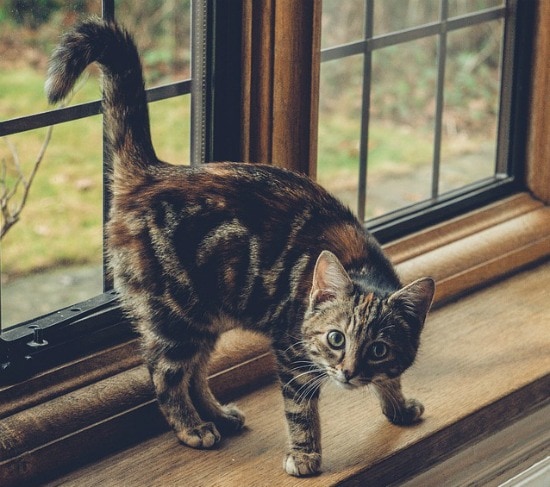 I’m not sure we really needed a study to determine that cats recognize their own names, but Japanese researcher Atsuko Saito set out to test this hypothesis by observing a total of 78 house cats as well as cats living in cat cafés in Japan. Her past studies have revealed that cats can interpret human gestures to find hidden food, recognize their owner’s voice, and beg for food from a person who looks at them and calls their name—all of which suggested that cats know their names.

The researchers asked both owners and strangers to call a cat’s name, and then videotaped responses that would indicate recognition, such as ear and head movements and tail swishing. The cats showed interest not only when their owners called their names, but even when strangers did.

Dogs come when you call them, cats take a message and get back to you.

We’ve all heard that quote. And not surprisingly, Saito’s study found that cats aren’t quite as enthusiastic about responding to their name being called as dogs are. I found it fascinating that Saito suggested that some of that may be due to evolution. Dogs have been bred for centuries to be obedient and responsive, whereas cats essentially domesticated themselves as they began to follow mice and rats into human settlements.

While I don’t think any of us who share our lives with cats are surprised that cats recognize their names (and tend to ignore us if they feel like it,) I found it interesting that Saito notes that cats are still evolving. With more and more cats spending their lives inside, in closer contact with humans, a cat’s ability to read and respond to our cues may become even stronger. “Social evolution is an ongoing process,” Saito concludes.

For more information about the study, visit National Geographic.

Do your cats come when you call them? All the time? Most of the time?