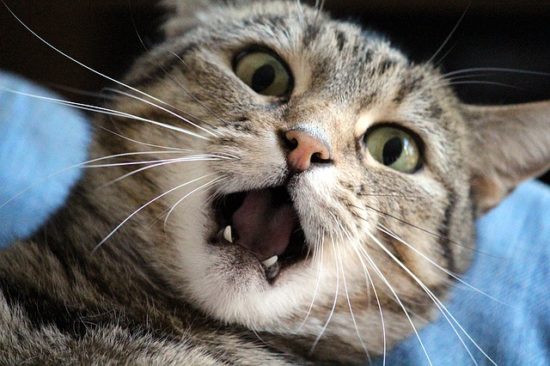 It has long been known that the inflammation and infection associated with periodontal disease can lead to damage to other organs such as the heart, kidney and liver, and lead to other serious health problems. Dental disease is the most frequently diagnosed health problem for cats: according to the American Veterinary Dental Society, an astounding 70 percent of cats show signs of oral disease by age 3. A new study explored the connection between periodontal disease and the risk of developing kidney disease.

Kidney disease is a common condition in aging cats. It is the result of a gradual decrease in kidney function. There is no cure for kidney disease, but it can be managed with supportive care. Early diagnosis improves the prognosis for longterm survival with good quality of life.

There are many factors that may be responsible for the development of kidney disease, including genetic, degenerative, infectious, toxic, environmental, and other contributing factors such as a lack of moisture in the cat’s diet.

Previous studies in dogs, cats, and humans have established a connection between periodontal disease and kidney disease.

Are cats with periodontal disease at greater risk for kidney disease?

The study looked at 2,383,820 cats, which were evaluated at least 3 times in an 11-year period at a group of 829 veterinary hospitals. The cats were excluded if they gave chronic kidney disease or acute kidney injury as a health reason at the time of enrollment into the study.

Not surprisingly, the risk of kidney disease also increased with age, with a 40% increase in risk per year. Purebred cats had increased risk compared to mixed breeds, and cats with recent general anesthesia were at increased risk. Cats with cystitis also had increased risks, and this was more significant in females than males. Cats with diabetes mellitus and hepatic lipidosis had a lower risk of disease than cats without.

The authors conclude that breed, age, and severity of periodontal disease are major risk factors for the development of chronic kidney disease in domestic cats.

While the idea that dental health impacts overall health is nothing new, the large numbers of cats enrolled in this study make a compelling case for the importance of keeping your cat’s teeth healthy from an early age.

For more information about the study, please visit the Winn Feline Foundation blog.