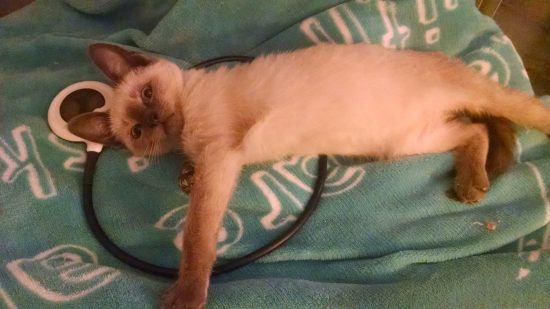 As an alternative to pharmaceuticals, many cat owners have turned to non-drug modalities like Reiki and acupuncture.  Another therapy that is garnering more widespread use is targeted pulsed electromagnetic field therapy (tPEMF™). This therapy can benefits cats with pain associated with arthritis, pancreatitis, wounds, or post-surgical swelling as well as many inflammatory conditions.

Assisi Animal Health created the Assisi Loop, a non-pharmaceutical, non-invasive device that is well tolerated by most cats. In fact, many cats really enjoy receiving Loop treatments. Because the Loop stimulates the body’s own healing process, rather than introducing a new substance (like a medication), even a sensitive cat body can handle it easily. 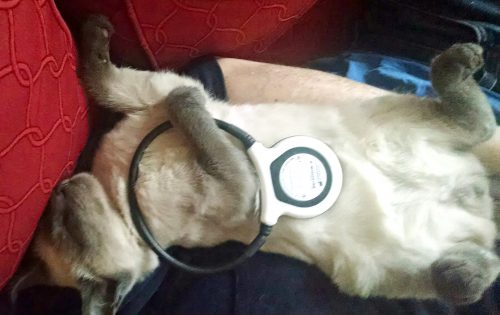 Simba is a one-year-old Siamese who was found at about 6-7 weeks old dragging his right front leg due to a brachial plexus injury. The brachial plexus is the network of nerves that sends signals from the spine to shoulders, legs and paws. In a brachial plexus injury, these nerves are stretched, compressed, or in the most serious cases, ripped apart or torn away from the spinal cord. Simba’s vet in Texas was planning to amputate his leg if he didn’t start using it in two weeks. Colleen Gately wanted to give him a chance to heal. “I adopted him and flew him to California for treatment at UC Davis’ Integrative Medicine Service.” For about 8-9 months, Simba  received electrical stimulation therapy, cold laser treatment, and water therapy. He was also treated with the Assisi Loop. Despite some improvement, Simba had to have his leg amputated. 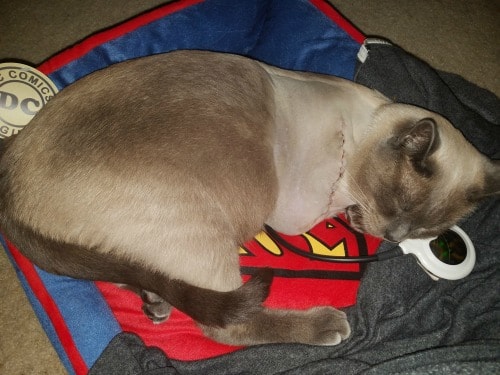 “We used the Loop before amputation to help his injured shoulder,” said Colleen. Simba did regain some feeling to his elbow and walked on his wrist. The Loop was also used immediately after his leg amputation. “I instructed the hospital (UC Davis) to ensure his Loop was reset every hour while he was in the hospital after surgery.” said Colleen. “When we got home, I did the same.” SImba stunned his doctors when he wanted to get up to run about 4-5 hours after surgery (and 4-5 loop treatments). He healed very quickly – almost too quickly. “He was running and jumping.” said Colleen. “It was hard to contain him so he wouldn’t bust open his incision!” 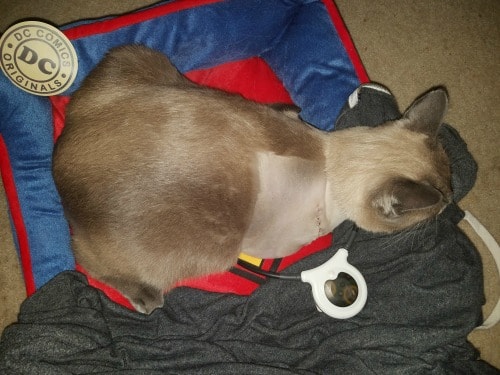 Since Simba is a very active cat, it was a bit challenging to get him to lay still for the treatments. “I put it on him while he sleeps and he doesn’t move,” said Colleen. Simba had 3-5 treatments a day the first week post-surgery.”I believe it helped him heal as quickly as he did after surgery,” said Colleen. “I don’t think he would have healed so quickly without the Loop.” Colleen uses the Loop on his left leg  now, since it does the work of two legs. “I put it on his left front shoulder since it bears all the weight in front.” she says. “We do 1-2 treatments per day.”

For more information about how the Loop could help your cat, visit Assisi Animal Health’s website, contact them via email at info@assisianimalhealth.com, or call 866-830-7342.

FTC Disclosure: This post is sponsored by Assisi Animal Health, which means I was compensated to feature this content. Regardless of payment received, you will only see topics on this site that I believe are of interest to my readers.