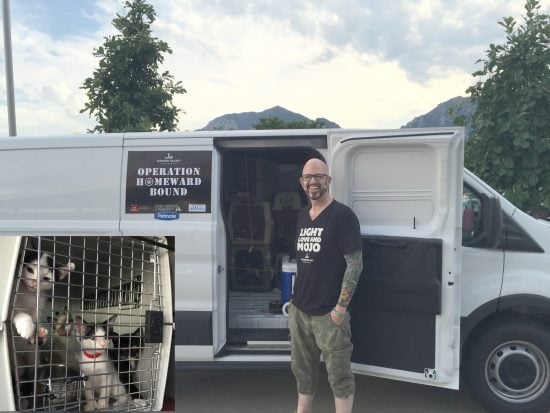 On June 27, Jackson Galaxy and his wife Minoo embarked on a 1,000 mile journey from Los Angeles to Boulder, CO to save the lives of 43 kittens through a new program by the Jackson Galaxy Foundation, Homeward Bound. I had a chance to speak with Jackson about the successful rescue mission.

Jackson and Minoo were alarmed when they heard about the dozens of kittens in overcrowded shelters in their community. The Humane Society of Boulder Valley had previously told Jackson that “if you’ve got kittens, let us know, because we need kittens!” What could be simpler than taking the kittens from a place where they’re going to die to a place where they could find homes? Well, when you’re Jackson Galaxy, it really does seem to be that simple. “I’m so thankful that I could just pick up the phone and talk to Mark Rovner at Best Friends Animal Society Los Angeles, and they found a way to make it work,” said Jackson. 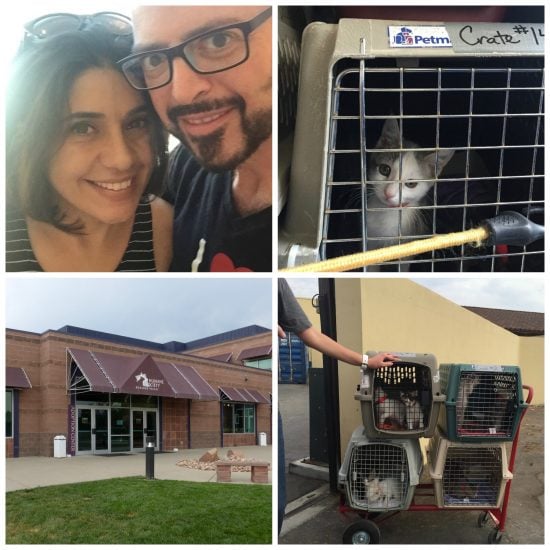 With the support of Best Friends and various corporate sponsors, Jackson, Minoo and the kittens started their journey from California to Colorado in a cargo van. “The trip should have taken 16 hours,” said Jackson, laughing, “but it wound up taking much longer than that. We had to stop every time there was a poopy cage, undo 12 bungee cords, and clean and feed the kittens!”

Jackson provided live updates on Facebook along the way throughout the journey (you can find the videos on the Jackson Galaxy Foundation Facebook page.) “It was surreal at times,” said Jackson. “There I was, in the middle of Death Valley at 1 in the morning. It’s 105 degrees, Minoo is up to her knees in kitten poop, and I’m talking to people halfway around the world watching this unfold. There was this incredible synergy with everyone who loves animals.”

There wasn’t a moment when Jackson and Minoo complained. “It was one of those wonderful moments for us, both as rescuers, and as a couple,” said Jackson. Operation Homeward Bound took place on the couple’s second anniversary. “This is who we are,”  he added. 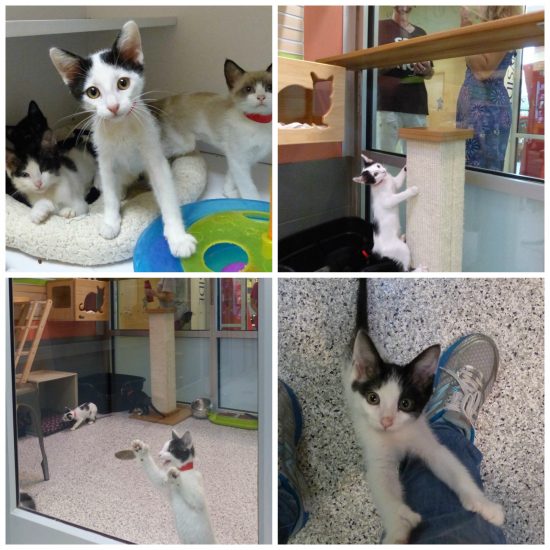 When they finally pulled into Boulder several hours after their estimated arrival time, there was a large group of volunteers waiting to receive the kittens. “They formed this fire line to walk the kittens into the building,” said Jackson. Once everyone got settled in, Jackson spent some time just sitting in the big, open, airy cat playroom at the Humane Society of Boulder Valley. “It was total mayhem, there were kittens racing around and playing, and I had this moment of ‘oh yeah, this feels really really good,'” said Jackson.

Jackson is hoping to do another mission like Operation Homeward Bound in the future. His vision is to foster a society where 20 years from now, kids will say “I hear they used to kill millions of animals.”

All of us can help Jackson realize his vision. “I’ve been saying over and over: do something,” he said. “Donate time, donate money, foster, do TNR, adopt, volunteer, or take a job working with animals. Every one of those saves a life.”

The Jackson Galaxy Foundation, a 501(c)3 tax exempt charity founded in 2014 by Animal Planet’s My Cat from Hell star Jackson Galaxy, is the realization of Jackson’s long-standing dream of improving the lives of animals at risk and helping the people who care for them.

11 Comments on Operation Homeward Bound: An Idea, a Van, Jackson Galaxy, and 43 Kittens