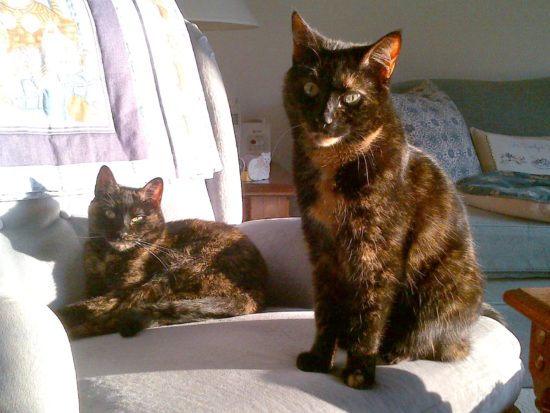 In August of 2009, I wrote a post titled Tortitude: The Unique Personality of Tortoiseshell Cats. The post describes some of the unique traits that many of these beautifully colored cats seem to share: they tend to be strong-willed, a bit hot-tempered, and they can be very possessive of their human. Other words used to describe torties are fiercely independent, feisty and unpredictable. They’re usually very talkative and make their presence and needs known with anything from a hiss to a meow to a strong purr.

The post still gets hundreds of views every single day, and has generated more than 14,000 comments to date. It has become more than just a source of information for cat lovers looking for more about cats with these distinct orange, tan and black colors: it has become a place for people to share stories about the torties in their lives.

As someone who has been owned by four torties at this point, not counting my first office cat at the animal hospital I managed, I feel that I’m somewhat of an expert on these special cats. And while Virginia, Amber, Buckley, Allegra and Ruby all had or have some degree of tortitude, their personalities were and are also very different. This appears to be true for the torties whose guardians have commented here on the site as well. 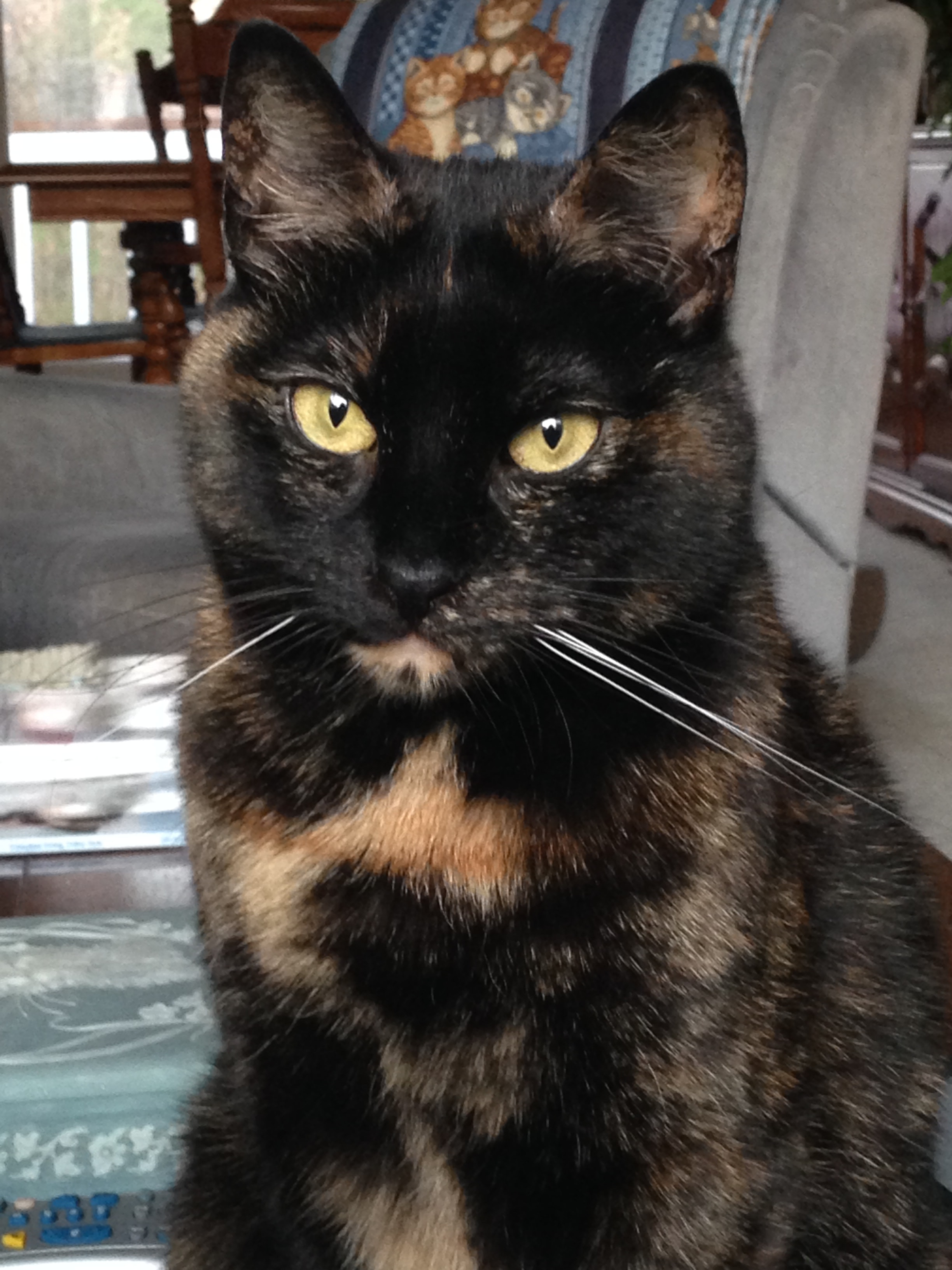 What is a tortoiseshell cat?

Contrary to what some people think, tortoiseshell cats are not a breed. They are named for their distinctive coloring – a combination of patches of black, brown, amber, red, cinnamon and chocolate. The size of the patches can range from a speckled pattern to large splotches of color. Tortoiseshell cats have have very few or no white markings, as opposed to calicos, who are tri-colored cats with larger areas of white fur. Sometimes, the colors are more muted. These torties are known as dilute torties. Very dark torties with a lot of black in their fur are often affectionately called “chocolate torties.” Occasionally, the typical tortoiseshell colors are also seen in a tabby (striped) pattern; these cats are referred to as “torbies.” Tortoiseshell is not a breed, the distinct markings appear in many different breeds.

The unique genetics of tortoiseshell cats

In addition to their unique personalities, torties also have unique genetics. A cat’s main color is determined by a primary coat color gene. The tortoiseshell pattern is determined by two co-dominant genes, in other words, two genes that are expressed at the same time and affect each other. In a bi-colored tortie, these two genes comingle to produce the characteristic brindled tortoiseshell pattern. In dilute torties, these genes are modified by a recessive gene, which results in softer coat colors. Black becomes grey, orange becomes cream.

A tortoiseshell cat may have a distinct tabby pattern on one of its colors. This pattern is driven by yet another gene. Tabby cats, also referred to as tiger cats, are cats with a coat featuring a pattern of distinctive stripes, lines, dots or swirling patterns. These cats are known as torbies, and, like all tortoiseshell cats, are predominantly female. 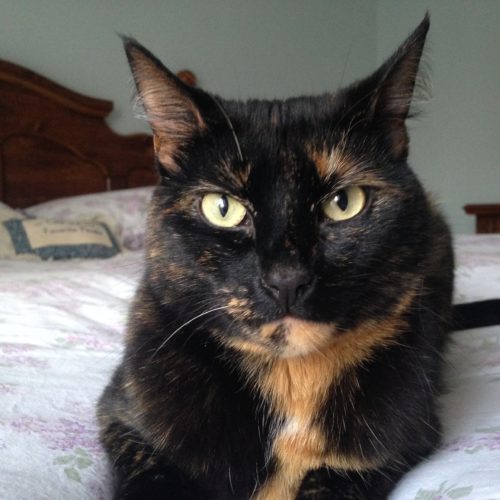 Torties are thought to bring good luck in many cultures. They are sometimes referred to as the money cat.

Tortoiseshell cats were believed to have psychic abilities and see into the future. It is said that those who dream of a tortoiseshell cat will be lucky in love.

Are tortoiseshell cats really different from other cats?

Speaking from personal experience, it appears that no two tortoiseshell cats display the exact same amount of tortitude. Virginia had definitely read the book on tortitude. The first time I met her, during my interview for the hospital manager position, she greeted me by walking over to me, looking up at me, and then digging her claws into my legs to use them as a scratching post.  Amber was the “anti-tortie” – she was a gentle, calm, almost shy cat, but she was a bit headstrong. Buckley’s tortitude manifested in her exuberance. She loved everything and everybody. Allegra is highly sensitive to the world around her, and often quick to react to something that she perceives as a threat. Ruby is the most high-spirited cat I’ve ever had. Of all my cats, she is the one with the highest dose of tortitude. 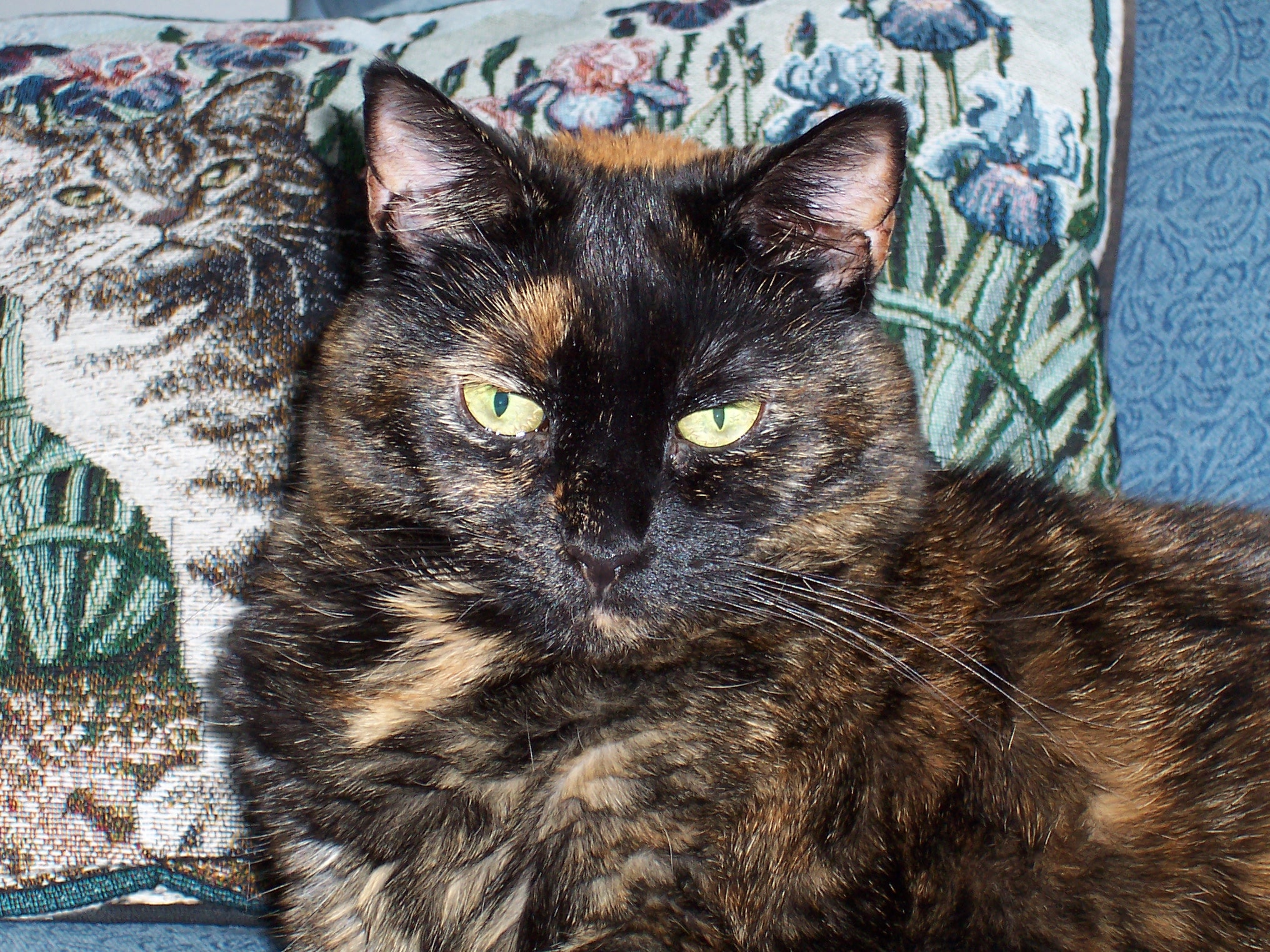 The experts weigh in on tortitude

I decided to check with some other experts to get their thoughts on tortitude. “I often tell clients that torties are the redheads of the cat world,” says feline veterinarian Dr. Fern Slack, who owns Uniquely Cats Veterinary Center in Boulder, CO. “They are beautiful, but short-tempered and quick to wrath. Of course they are not all like that, any more than every redhead is – but I always approach a tortie with a tad more circumspection than any other coat color.” While Dr. Slack takes a cautious approach to her tortie patients, she adds “I’ve always thought that the price you pay in tortitude, you get back tenfold in love.”

“There is no evidence that there is a link between color gene and personality,” says Dr. Elizabeth Colleran, a former president of the American Association of Feline Practitioners and owner of two cat hospitals, Chico Hospital for Cats in Chico, CA and the Cat Hospital of Portland in Portland, OR. “It is true though, that almost all tortoiseshell cats are females, and some people perceive females as being more headstrong than male cats. However, the real determination of personality is naturally a combination of genetics and environment.”

Jackson Galaxy has worked with his share of tortoiseshell cats in his decades of helping cats with behavioral challenges. “In my experience, tortitude is a very real thing,” says Jackson. “And now that there is a a study correlating coat pattern with behavior, our characterizations have been validated. Of course, anyone who knows me, knows I try not to talk about cats in generalities.” Jackson feels that torties and calicos are more energetically sensitive. “I think that’s part of the reason why their personalities are always on full display,” he says. “I’ve always said that cats are energetic sponges. Torties, however, just seem to soak up more, which is why they’ve got so much to say.” 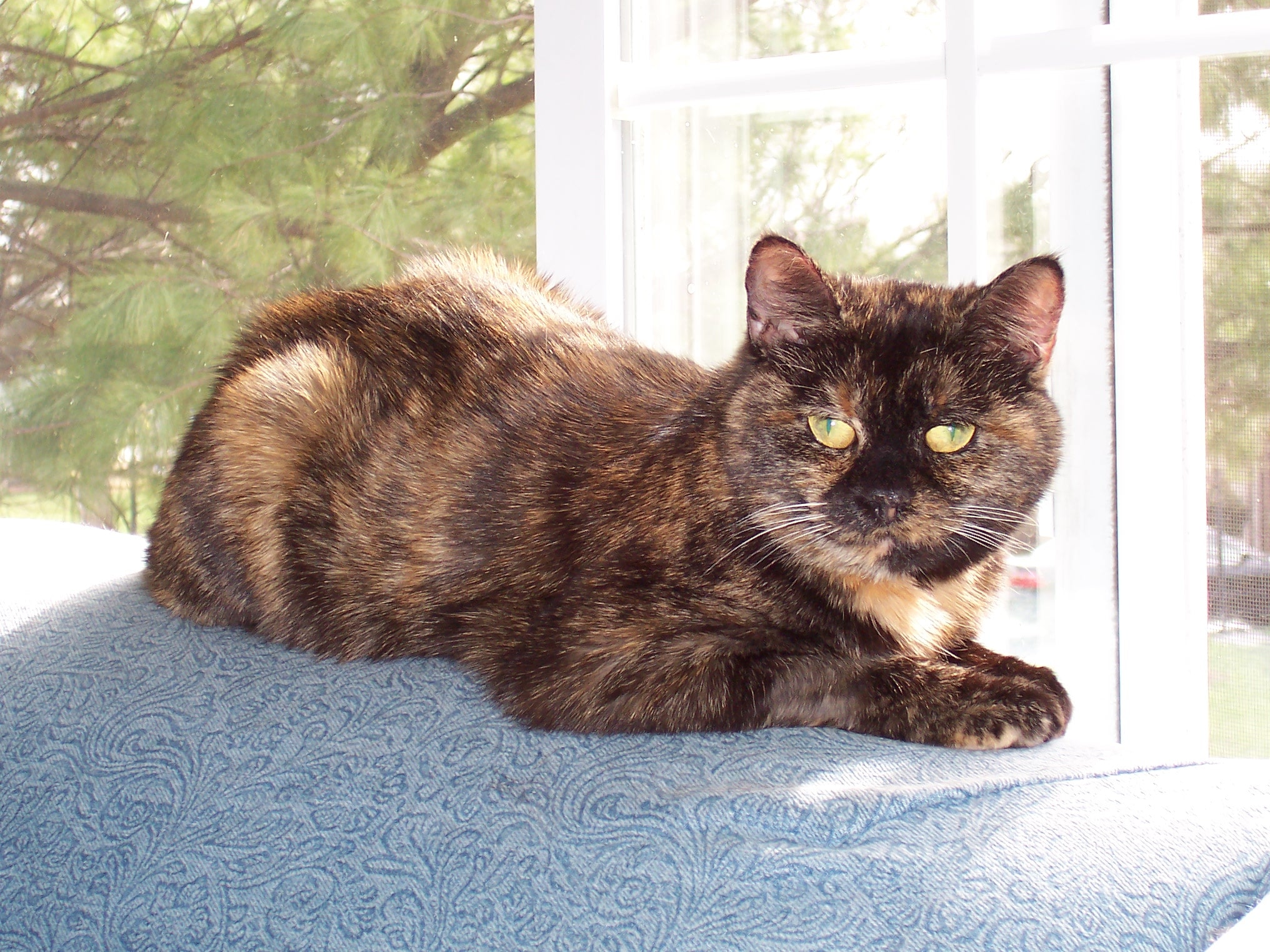 Those of us who love torties embrace their unique personalities. It is important to remember that every cat, regardless of coat color, is an individual. Not every tortie will exhibit the traits attributed to these beautifully colored cats, but the majority seem to live up to their reputation. As far as I’m concerned, tortitude is real. And while torties may, at times, seem like they have split personalities, going from purring away in your lap to suddenly racing around the house like a crazy kitten, those of us who love them wouldn’t want them any other way.

1,419 Comments on “Tortitude” – The Unique Personality of Tortoiseshell Cats: Fact or Fiction?