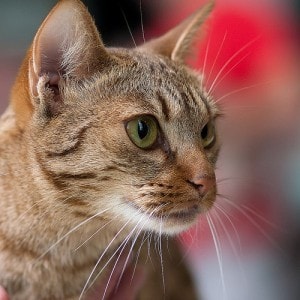 Until very recently, feline leukemia (FeLV) and feline AIDS (FIV) were both considered to be untreatable diseases, fatal once an infected cat started to show signs of disease. Recently, a new product has been introduced that may change that fact. (In all honesty, this is not really a “new” product per se, having been around since at least 2008, but one which seems to be getting a bit more attention lately.)

TCyte is used to treat cats infected with either the feline leukemia or feline  AIDS virus who are experiencing symptoms such as red blood cell or white blood cell abnormalities and/or opportunistic infections.

TCyte has several different effects on the immune system of the infected cat. It helps increase the number of lymphocytes formed in the blood stream of the infected cat as well as improving the way the lymphocytes function. (Lymphocytes are specific types of white blood cells that are an important part of the immune system and they play a crucial role in the cat’s ability to fight disease. They are often decreased in feline leukemia and/or feline AIDS infections.) TCyte also increases red blood cell production, helping to fight anemia in infected cats. In addition, it increases IL-2 production, which is also known to stimulate the lymphocyte reaction against viruses, such as the feline leukemia and feline AIDS viruses.

Is TCyte Proven to Work?

TCyte currently has a conditional licensure granted by the USDA. This means that additional efficacy and potency studies are in progress. However, in a study published in the International Journal of Applied Research in Veterinary Medicine (Vol. 6, No. 2, 2008):

“A total of 23 FIV or FeLV-infected cats entered the study of which 22 qualified and completed as scheduled. No significant adverse reactions attributed to LTCI (TCyte) treatment were detected. Treatment with LTCI resulted in improvements in both clinical and hematological parameters.”

These results are encouraging. However, 23 cats is not a large number of animals. And the long-term benefits of treatment are still largely unknown although several of the cats in this study did survive for long periods. Much more research is needed in this area before we can really know how effective this product is in the long run.

Still, when you consider the deadly nature of these viruses, particularly once the red blood cell and white blood cell lines have become abnormal, this product might be worth trying if your cat is suffering from feline leukemia or feline AIDS. I have not, at this time, tried this medication in my veterinary practice yet. However, it is something I would consider should an owner be willing to attempt treatment, I think.

Have any of you had tried TCyte for your own FeLV or FIV-infected cats? If so, we would love to hear about your experience. Please share by leaving a comment below.

Lorie Huston has been practicing veterinary medicine for over 20 years. Besides a successful career in a busy small animal hospital in Providence, RI, Lorie is also a successful freelance writer specializing in pet care and pet health topics.