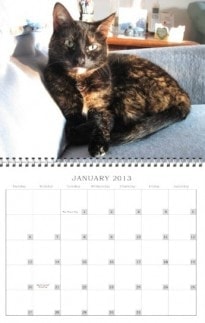 I think it’s because there’s an inherent flaw in the term “resolution.” According to Merriam Webster, the definition of resolution is “the act of determining.” There’s nothing there that says we’re actually going to do something. This is why I prefer to set New Year’s intentions. The definition of intention is “a determination to act in a certain way.” The difference is subtle, but one (intention) implies that we are actually determined to do something differently, whereas the other (resolution) simply states that we’ve decided to change something.

Setting an intention is nothing more than focusing your thoughts on what you would like to create in your life. That doesn’t mean you won’t still have to do the work, but it sets you up for a more successful outcome. Since losing weight is one of the most popular New Year’s resolution, let’s use that as an example:

Rather than making a resolution to loose weight, which focuses on the negative (the extra weight you’re trying to get rid of), set the intention that you’re going to have a healthy, slender body that feels good.  Now that’s not to say you can just think yourself thin. You’ll still have to exercise more and eat right, but by setting the intention and focusing your thoughts on the desired outcome, you will find yourself wanting to make  choices that are in alignment with your desired goal. Making the necessary changes won’t feel like a battle or a chore.

This year, one of my New Year’s intentions is to eliminate phrases such as “there’s never enough time, I’m so rushed, I feel overwhelmed” from my vocabulary. Rather than focusing on a perceived lack (of time), I’m going to try to focus on staying organized, being productive, and having balance in my life. To be successful, I have to be present and make conscious choices in support of my goal.

And when it comes to being more present, I have the best support team I could ask for: Allegra and Ruby! Cats are masters at living in the moment. They don’t worry about running out of time to chase that catnip mouse, being too rushed to enjoy their meal, or not getting enough sleep. I think if I look to them for guidance, I can’t help but succeed.

Do you make New Year’s resolutions? How do you make sure that you keep them?