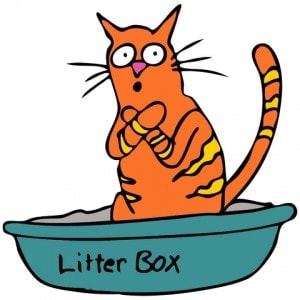 There is nothing as distressing for a cat owner as having a cat that eliminates outside the litter box. It’s also one of the most common reasons why cats are returned to shelters.

The reasons why cats eliminate outside the litter box vary, and include litter box aversion, urine marking, hormonal problems, and medical issues. When faced with inappropriate elimination (and this can be urine as well as feces), a thorough veterinary exam should always be the first step.

There are quite a few things owners can do to prevent litter box problems from happening in the first place, and the first step is to understand what cats want when it comes to their litter boxes. While some cats may be particularly fussy and need to have their bathroom preferences catered to in special ways, there are common errors that many cat owners, especially those new to cats and their needs, tend to make. These include:

The rule of thumb is that you should have as many boxes as you have cats, plus one extra. This may mean that even if you only have one cat, you may need to have two litter boxes. This is especially important in multi-level homes.

Humans tend to want litter boxes out of sight, so they often end up in laundry or utility rooms or in dark corners of the basement. This may be fine for many cats, but it can cause problems if the area is not quiet. If the litter box is placed next to a noisy washer or dryer, or a furnace, and if the appliance starts up just as your cat is doing her business, she may never use that box again. Good spots for litter boxes are bathrooms, or a quiet room that isn’t used much.

The wrong type of litter

There have never been as many choices of cat litters as there are now. Unfortunately, many of the litters are designed more with the human in  mind than the cat. There is no perfect litter – each type has its advantages and its drawbacks. Most cats prefer a sandy substrate like clumping clay litter. While some cats readily accept some of the more environmentally friendly litters such as pine, wheat or corn, others will simply refuse to use a box containing those products.

Never use scented litters or scented litter deodorizers. Cats sense of smell is far more sensitive than ours, and the overpowering scent of these litters can be a big turn off for them.

Keep at least 2-3 inches of litter in the box at all times – add fresh litter after you scoop out waste to maintain this level. Most cats like to scratch and bury what they produce, and they will get frustrated when there’s not enough litter to allow them to do that.

The box is too dirty

The box is too clean

Don’t use harsh chemical cleaners to clean the litter box. All you really need to use is hot water and some mild, unscented dish soap. Let the box dry thoroughly before you replace litter. If you feel you must “sanitize” your box, use some bleach and hot water, but be sure to rinse thoroughly with hot water to eliminate any remnants of the scent of bleach.

Most cats don’t like liners. They don’t like the crinkly sound the plastic makes when they walk on it, nor do they like the way it feels under their paws.

I don’t like covered or hooded boxes, and most cats don’t like them, either. They’re often too small for the cat to comfortably turn around in and do their business, and they trap odors inside, making it very unpleasant for the cat to use. Dust can also be much more of a problem in a covered box, as it becomes more concentrated. Cats will always breathe in dust when they dig in the litter box, but in a covered box, this becomes a bigger problem. If you must use a covered box, at the very least, remove the filters provided by some manufacturers. They’re designed to trap dust and odors, making it nice for you, but not so nice for kitty inside the box!

These mats are designed to trap litter that’s stuck to your cat’s paw and prevent it from being spread further throughout the house. The trouble with them is that they’re often made with nubs or deep grooves that don’t feel good on sensitive kitty paws, and this might stop a cat from going anywhere near the box.

By approaching the issue of litter boxes from the cat’s point of view, you can prevent many of the problems associated with inappropriate elimination.

101 Comments on How to Prevent Litter Box Problems