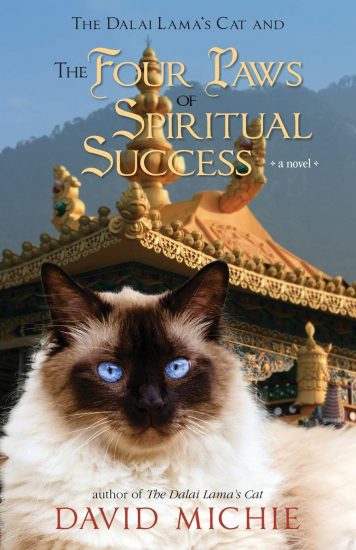 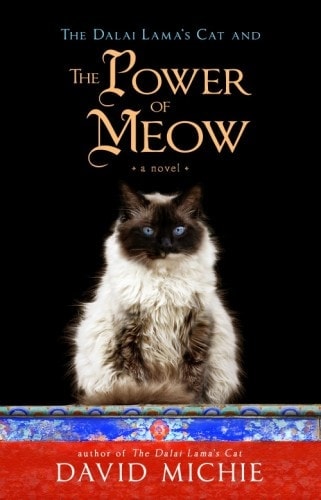 In The Dalai Lama’s Cat and The Power of Meow, HHC continues her quest for enlightenment Continue Reading 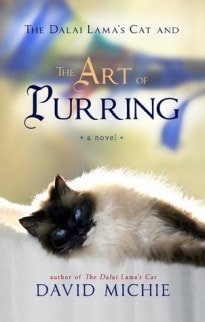 In The Dalai Lama’s Cat and the Art of Purring, the Dalai Lama gives his feline companion the task of discovering the true case of happiness.Continue Reading 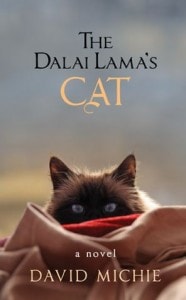 If I had to summarize The Dalai Lama’s Cat in just a few words, they would be “Buddhism 101, brought to you by an adorable cat.” But these few words wouldn’t do this charming book justice. While this warm-hearted story of a small kitten rescued from the slums of New Delhi through fortuitous circumstances may be a little contrived, it’s also utterly delightful.

When the Dalai Lama, who is on his way home in a limo, having just returned from a trip to America, sees a kitten being thrown into the gutter, he dispatches a staff member to rescue the kitten. If you’ve ever wondered what it would be like living with the Dalai Lama, now you’ll be able to find out. Through the cat’s eyes, and narrated in her voice, the reader gets a close up view of the Dalai Lama’s inner sanctum and household. Much loved and spoiled by the Dalai Lama and his entire staff, Mousie-Tung, also known as HHC (His Holiness’ Cat), and dubbed “Little Snow Lion” by the Dalai Lama himself, encounters Hollywood stars, Buddhist masters, famous self-help authors and many others who come to visit His Holiness. The little cat soaks up the Dalai Lama’s teachings simply by being in close proximity to his light.Continue Reading