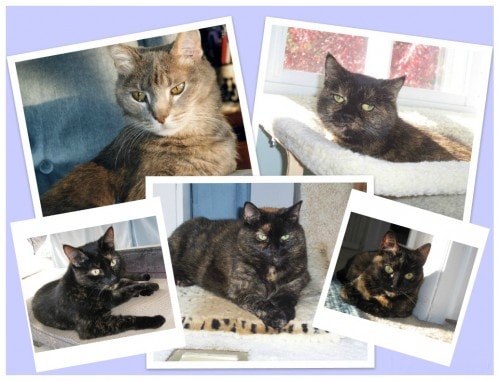 How many photos and videos of your cats do you have on your computer, tablet and phone? I have several thousand photos of Allegra and Ruby on my computer, and I don’t ever want to lose those photos, and the memories that are attached to them. Thankfully, there are a lot of different options to keep cat photos and videos safe forever. I use multiple back up modalities: I back up to an external hard drive, to a thumb drive, and to cloud (online) storage.Continue Reading 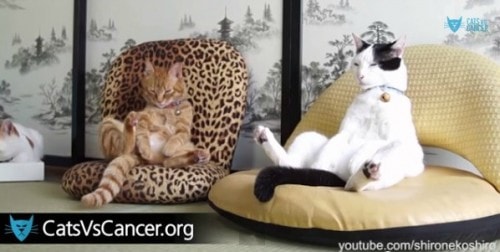 Thanks to a new charity, you no longer have to feel guilty for watching cat videos online when you should perhaps be doing something a little more productive, like feeding your cats. Cats vs. Cancer is the brainchild of two Georgetown University graduates, Tom O’Connor and Eddie Peña. This innovative charity raises money through advertising; a portion of those dollars earned by Cats vs. Cancer, along with all direct donations, go to one of the non-profit’s cancer-fighting partners.Continue Reading 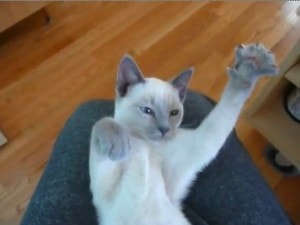 Somerville, MA is not Minneapolis. But this gritty little city, living cheek by jowl with Boston, is not only fun and funky (second only in artists per capita to New York) but also feline friendly. And so, after seeing the success of the Internet Cat Video Festival at the bigger city’s Walker Art Center, Somerville got on board with the honestly named Copy Cat Festival. Despite a winter storm that brought an additional several inches of snow and gale-force winds to town, on Sunday, February 17, the Somerville Arts Council hosted a total of 600 cat lovers at two iterations of a three-hour fest of local and international cat videos, cat photography and poetry, with a few feline surprise guests thrown in.

Maybe it was the call for local participation. According to the Boston Globe, four dozen local videos were submitted to the cat fest board, which included members of the arts council and Somerville Community Access Television (which was renamed for the festival as “Community Access Television of Somerville” or “CATS”). Tickets for the festival, which was originally scheduled for 4-7 p.m. at the Somerville Armory, were quickly sold out, necessitating the scheduling of an earlier, noon-3 p.m. showing.Continue Reading 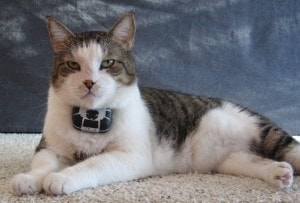 I’m sure most of us have wondered at one time or another what our cats are up to all day while we’re away from home. Well, now there’s a way for you to find out!

The CatCam is a small digital camera that attaches to the cat’s collar. It features a user programmable timer function. Based on the interval time it takes pictures or video clips (based on version). The unit is protected against shock, dirt and humidity in order to survive the cat’s lifestyle. To view the pictures or videos, simply connect the camera to a computer.

Wouldn’t you love to win one of these CatCams for your cat? Now you can!