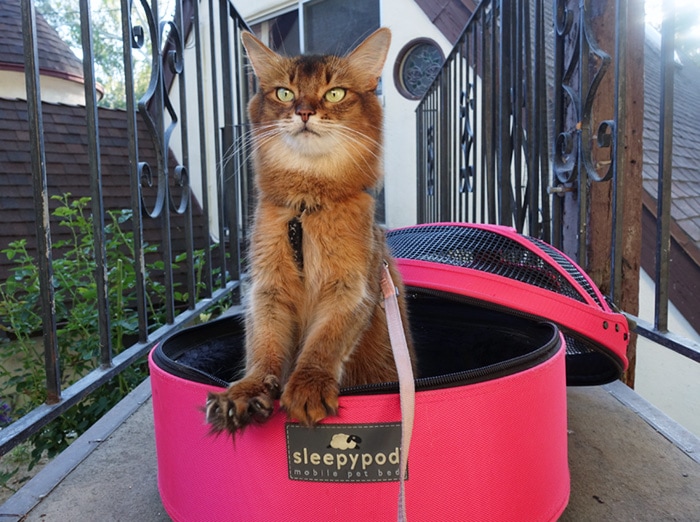 Many of you may know Summer from her website Summer’s Fabulous Cat Life.  This gorgeous Somali is a busy girl! Blogger, therapy cat, ambassador and actress – these are just a few of Summer’s jobs. She’s also the feline spokesmodel for Sleepypod.Continue Reading 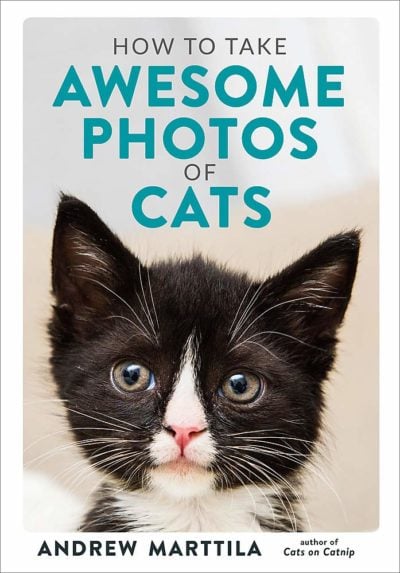 Andrew Marttila is one of the most talented cat photographers I know. His images feature celebrity cats, shelter cats, and house cats with a level of detail that captures each cat’s essence. Andrew graduated with a degree in neuroscience, but he took a different career path when his social media took off while he was finishing school. In How to Take Awesome Photos of Cats, Andrew shares his wealth of knowledge about cat photography.Continue Reading 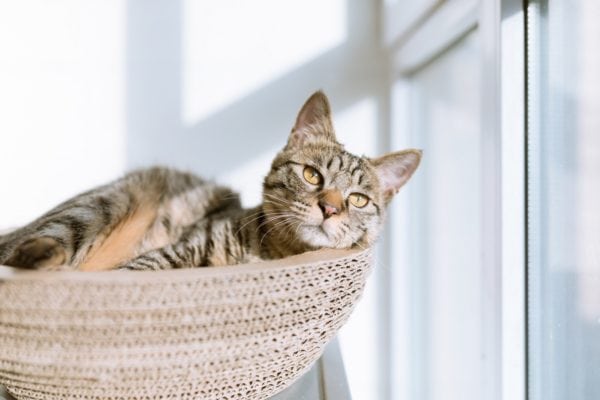 Taking a picture of your cat is no longer just about snapping a cute photo. These days, post-production and editing goes hand in hand with taking photos. The good news is that you don’t need to be a photography or graphic design genius to take your cat photos to the next level.Continue Reading 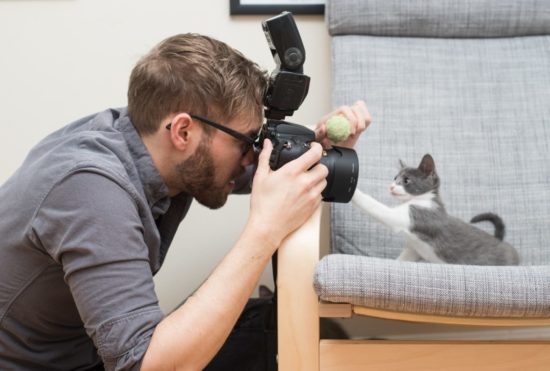 Andrew Marttila is one of the most talented cat photographers I know. His images feature celebrity cats, shelter cats, and house cats with a level of detail that captures each cat’s essence. Andrew graduated with a degree in neuroscience, but he took a different career path when his social media took off while he was finishing school.

Since then, his photos have been seen by millions. He has been featured in hundreds of publications, articles, and galleries. Andrew was the photographer for the book Shop Cats of New York, which was released in November 2016. Andrew used to be terribly allergic to cats, but now lives with girlfriend Hannah Shaw, aka The Kitten Lady, their three cats, and a constantly rotating cast of foster kittens outside of Washington, D.C.Continue Reading 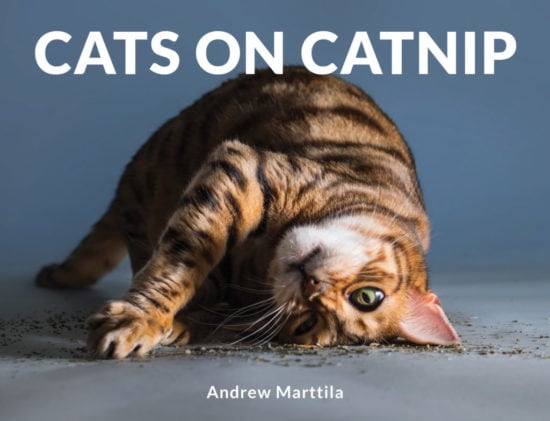 Catnip: for the cats who react to it, it can be an endless source of stimulation and delight, usually followed by a period of deep relaxation. Only about 50% of cats are affected by catnip, and not all cats react the same. In Cats on Catnip, photographer Andrew Marttila and self-proclaimed crazy cat man, captures the full range of cats’ reactions to catnip in stunning photographs.Continue Reading 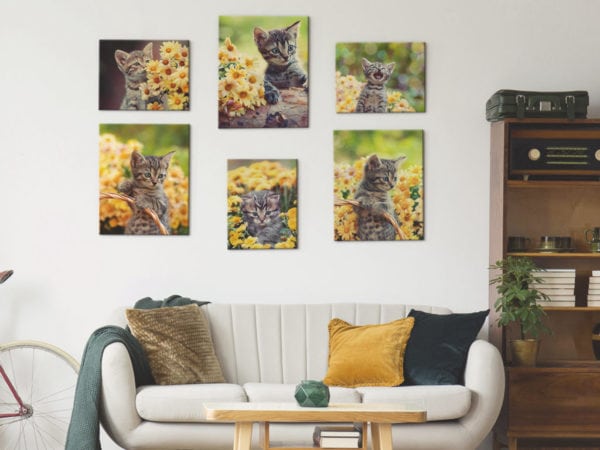 This giveaway is sponsored by Canvasdiscount.com

A high-quality, digitally printed photo on canvas of a vibrant portrait of your favorite feline is a great way to celebrate the special bond you have with your companion. The photo printing experts at CanvasDiscount.com specialize in reproducing your favorite photos on a wide array of products. Whether it’s photo gifts, lifestyle products, or any of the photo wall art formats, they produce photo tributes of your precious memories. Offering wallet-friendly pricing and excellent delivery terms, their service makes quality affordable.Continue Reading 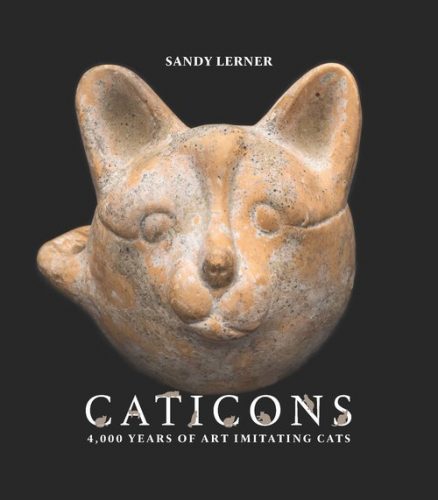 What if you had an (almost) unlimited budget to surround yourself with art, furniture, clothing, accessories, household objects, books and pretty much anything else cat related? You would have Caticons!

Caticons: 4,000 Years of Art Imitating Cats chronicles Sandy Lerner’s 30-year-journey through art catalogues, the far corners of the world and the internet for the one “cat thing” she did not already have. Lerner is best known as the founder of Urban Decay and co-founder of tech company Cisco Systems. She is a huge animal lover and promoter of animal welfare, and has established Ayrshire Farm and its retail division, Gentle Harvest, to promote sustainable and humane anti-factory farming. She is getting ready to launch MeatMe, a line of 100% meat based raw pet food sourced and made from humanely raised animals (more information about MeatMe right here on The Conscious Cat very soon!) Continue Reading 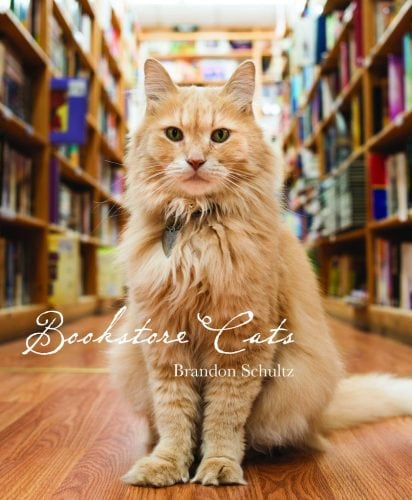 If there’s a better combination than cats and books, I don’t know what that would be. In Bookstore Cats, Brandon Schultz introduces us to cats who reside in bookstores around the United States and Canada. Some of these cats are famous in their own communities, some have been profiled by the media, and some even have their own online following.Continue Reading 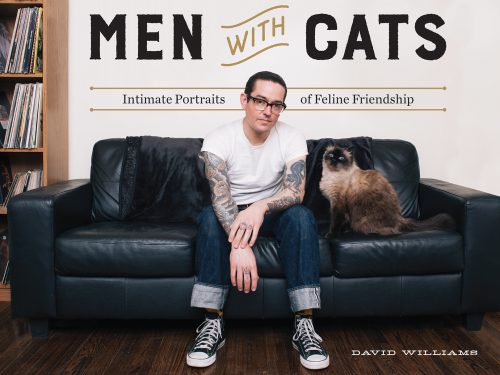 The bond between cats and women has been written about at length, as has the bond between a man and his dog. But what about men who love cats? In Men With Cats: Intimate Portraits of Feline Friendship, photographer David Williams celebrates the connection between men and cats.Continue Reading 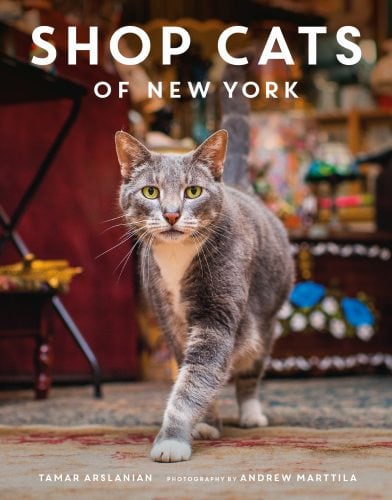 My favorite city in the world and cats – what could be better? I’d been looking forward to Shop Cats of New York ever since I first heard about the book’s concept. This first book by Tamar Arslanian, known for her blog IHaveCat.com – “Single in the City with Cat(s)”, combines Tamar’s love for cats and for her city in one beautiful package.Continue Reading 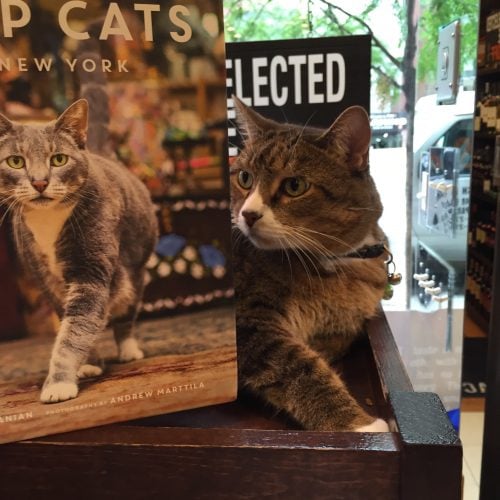 
Living in the same New York City neighborhood for many years, two cats – in addition to my own – have become part of the fabric of my daily life. Jack Daniels, my local wine store cat, and Kitty, who lives in a pilates studio. Had it not been for them, I’m not sure my first book, Shop Cats of New York would exists!Continue Reading