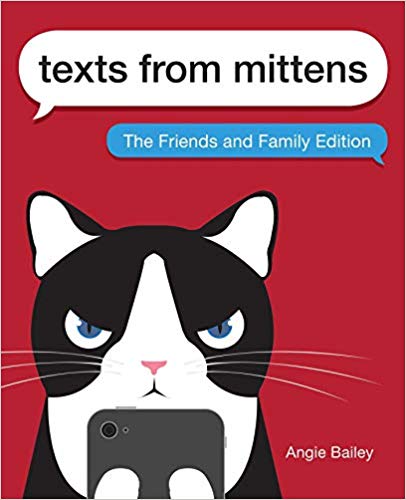 We are big fans of Angie Bailey. We pretty much love everything Angie does, whether it’s her weekly Paws Rewind Podcast, where she talks about growing up in the 70’s and 80’s and of course, about cats, her blog, and her Instagram, which frequently features tortie Janet. And of course, we love Texts from Mittens!Continue Reading 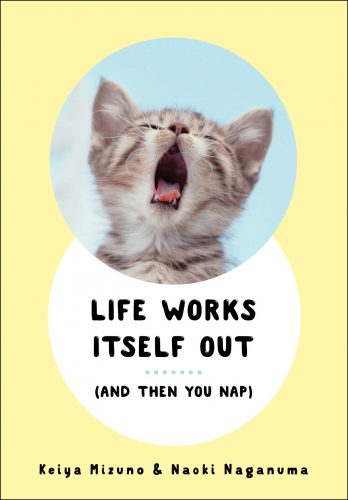 If you’ve read this blog for any length of time, you know that I’m all about learning from our cats. I’ve been bringing you feline wisdom via two volumes of Purrs of Wisdom and numerous Conscious Cat Sunday columns for the last seven years. In Life Works Itself Out (And Then You Nap,) two Japanese authors offer lighthearted advice – and lots and lots of kittens.Continue Reading 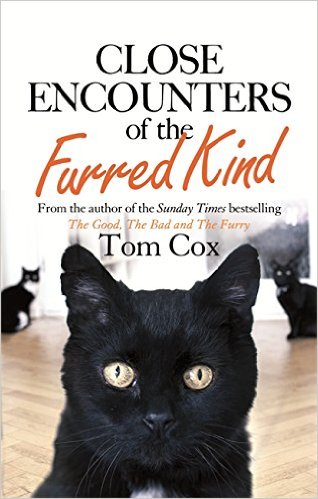 After reviewing Tom Cox’s The Good, The Bad, and the Furry: Life With the World’s Most Melancholy Cat last year, I became a fan. I read his previous first two books, Under the Paw: Confessions of a Cat Man and Talk to the Tail: Adventures in Cat Ownership and Beyond, and I was delighted when I received a review copy of Tom’s newest book, Close Encounters of the Furred Kind.Continue Reading 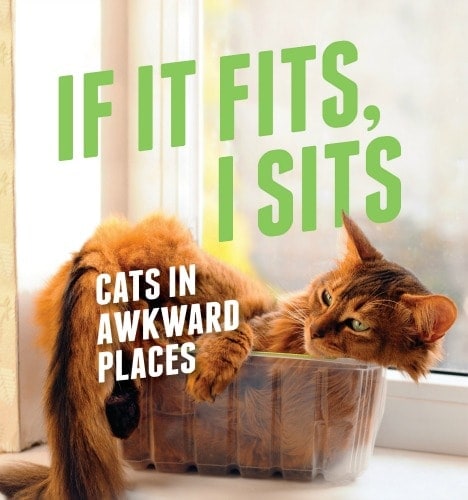 With a title like If It Fits: Cats in Awkward Places really doesn’t need much of an explanation. Inspired by the hugely popular internet meme, this little book features more than 100 photos of cats in, well, awkward places.Continue Reading

Move over, Anderson Cooper! CNN has got nothing on the three adorable house cats reporting the news in Breaking Cat News: Cats Reporting on the News that Matters to Cats. Created by author and illustrator Georgia Dunn, and based on the lives of her real life cats Elvis, Lupin and Puck, these kitties deliver hard-hitting news coverage on topics such asContinue Reading 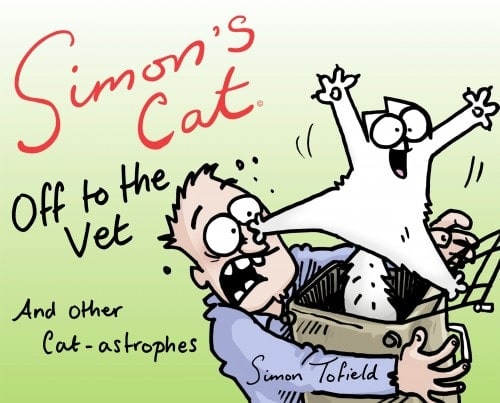 You’ve come to know and love Simon’s Cat from his YouTube videos. It all started with Cat Man Do, featuring black and white pencil drawings of a cat trying to wake his guardian, which has garnered more than 55 million views since it was posted eight years ago. Since then, Simon’s Cat has become an empire, featuring more videos, books, and merchandise ranging from t-shirts to cat beds to fine art prints.

Simon’s Cat Off to the Vet and other Catastrophes is the newest book in Simon Tofield’s series based on his YouTube cartoon character.Continue Reading 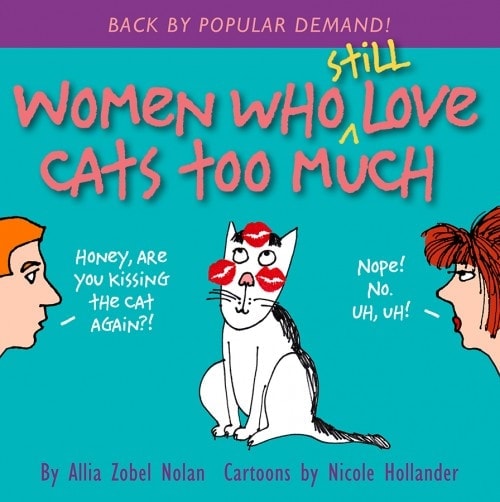 Do you have a co-dependent relationship with your cats? One definition of co-dependency is that it “often involves placing a lower priority on one’s own needs, while being excessively preoccupied with the needs of others.” If I substitute the words “Allegra and Ruby” for the word “others” in this definition, then I’m guilty. Of course, there are fare worse definitions of co-dependency, many of which involve the word “dysfunctional,” but we won’t go there.

In Women Who Still Love Cats Too Much, Allia Zobel Nolan helps readers identify the warning signs of co-dependencyContinue Reading 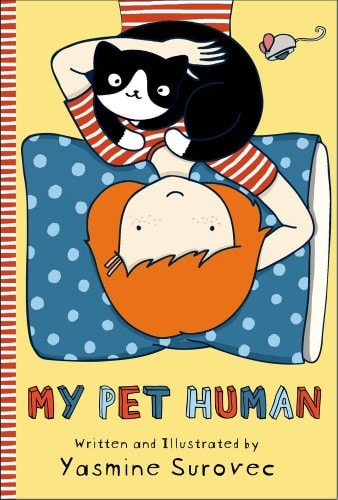 From Yasmine Surovec, the creator of Cat Versus Human, comes a new  book, My Pet Human*. Aimed at children ages 6 through 10, the book tells the story of Oliver, and independent cat who has the run of his neighborhood and pities his animal friends who share their lives with humans. But when a young girl moves into town, he decides to take this opportunity to train a human.Continue Reading 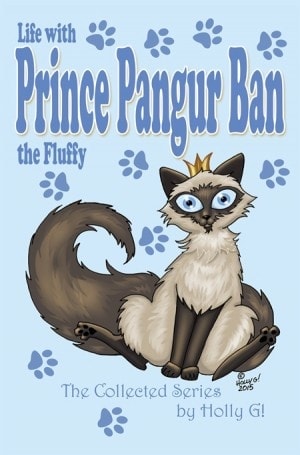 I first “met” Prince Pangur Ban two years ago, when Holly contacted me because he had been having issues with a sensitive tummy and some itchiness. In the course of our initial conversation, I found out that Pangur is not only a stunningly handsome and much loved Himalayan, he is also the star of his own comic strip.

From 2011 to 2015, Holly shared Pangur’s life with her wonderful, silly puff of fluff on her webcomic page, and now, she is collecting all of the strips for a full color paperback book. She’ll also add a few new, never before seen comics created just for the book. I am in awe of Holly’s ability to capture Pangur’s personality with just a few strokes of a pen, and I was delighted when she asked me to write the foreword for the book. 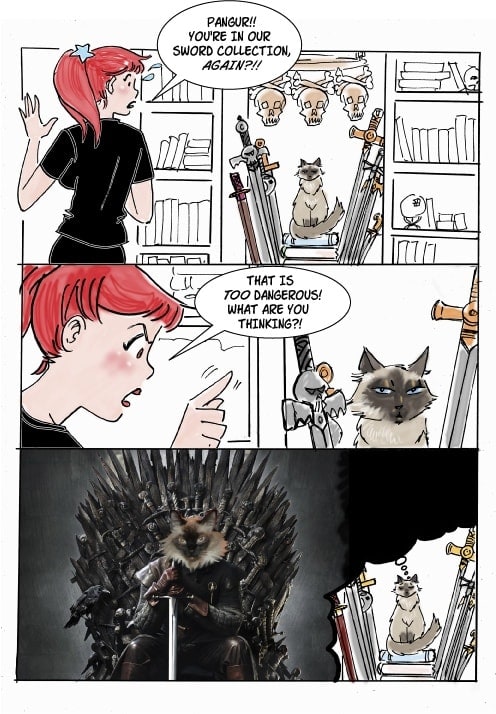 The book will be published as a Limited Edition, and is sure to become a collector’s item. It will only be available to Kickstarter backers and clients of Holly’s studio. You can pre-order the book on Kickstarter and receive some amazing perks, ranging from a signed edition of the book to t-shirts, pens and totebags featuring Prince Pangur. A limited number of backers will receive a cartoon or watercolor portrait of their cat. Holly will even create a brand new comic strip featuring you and your cat – this perk is only available for ten lucky backers. Here’s a sample of one of the many perks:

For more information about the book and the perks, please visit Holly’s Kickstarter page.

Check out the adorable cartoon of Allegra and Ruby,
drawn by the amazingly talented Holly G 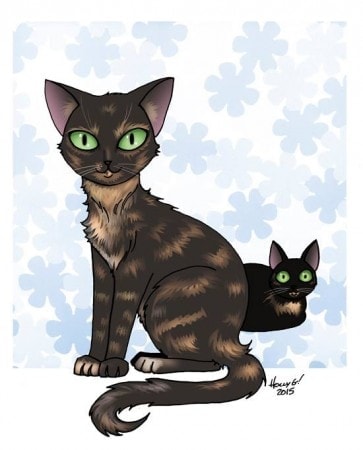 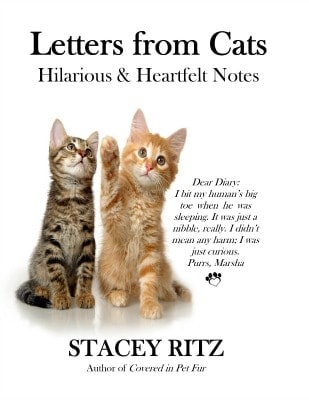 I know we all wonder from time to time what our cats are thinking. No matter how well-versed we are in feline body language and no matter how talkative they may be, there always seems to be a part of them that they keep to themselves. In Letters from Cats: Hilarious and Heartfelt Notes, Stacey Ritz imagines what cats might tell us if they were to write us letters.Continue Reading 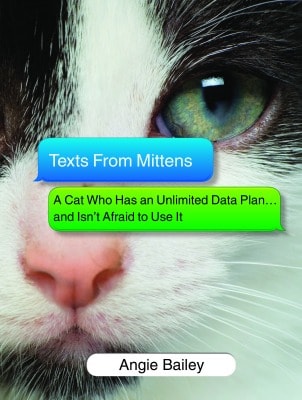 If you’ve ever wondered what would happen if your cats had opposable thumbs and got a hold of your cell phone, Angie Bailey’s Texts from Mittens: A Cat Who Has an Unlimited Data Plan…And Isn’t Afraid to Use It will probably make you grateful that your cats haven’t figured out how to text.Continue Reading