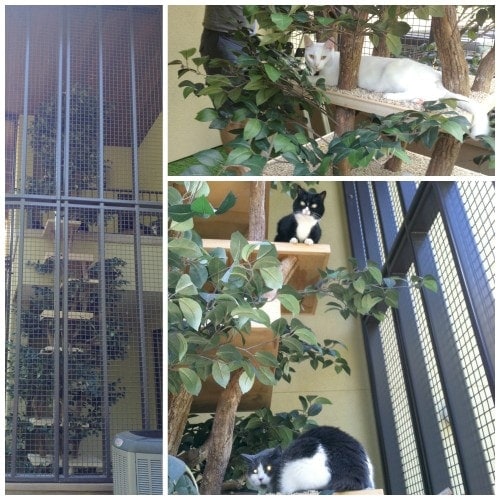 Our friends at Pet Tree Houses just set a Guinness World Record for building the world’s tallest cat tree. The tree measures 16’ 10” to the highest platform and over 20’ tall including the leaves! Pet Tree Houses was commissioned by a family in West Linn, Oregon to design a tree for their four rescue cats to safely climb and descend their two story catmosphere. Ruby and Allegra love our Seedling Tree House from Pet Tree Houses, but I suspect that Ruby will start campaigning for a catmosphere to be added to our house… 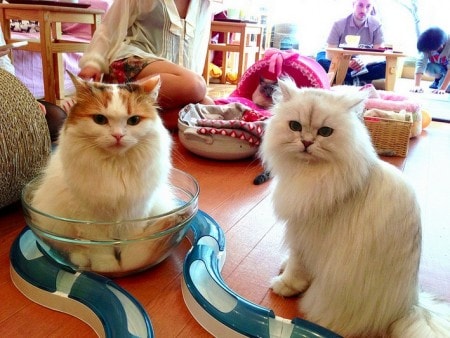 When we think of China and pets, it’s often with negative connotations of dangerous ingredients in pet food and treats and low quality toys. However, there are plenty of cat (and dog) lovers in China: the country is reported to be home to 27 million dogs and 11 million cats. And as a result of this growing interest in pets, cat cafes have also become popular. Life with Cats recently reported on life inside a Beijing cat cafe, where the cafe’s owner considers the resident cats her children. Read the full story on Life with Cats. 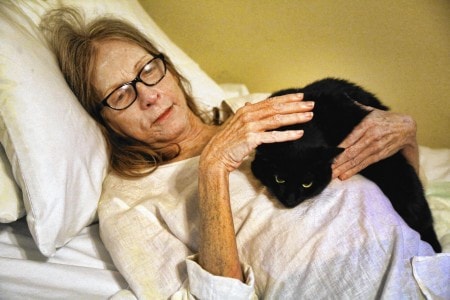 I first told you about Isis and Joan back in December. When Joan, who suffers from terminal liver disease, was rushed to a hospice last November, she only had one worry: what would happen to her beloved cat Isis? Joan continued to pay the rent on her apartment and frantically contacted animal rescue groups to find a new home for Isis. Her plight caught the attention of Dorian Wagner, the founder of the Cute Transport Network, who went to work and launched a social media miracle. Within days, she not only had a foster home for Isis, but she was also able to arrange for Isis to visit Joan on a regular basis. The South Florida Sun Sentinel newspaper featured the story earlier this week.* The story of Isis and Joan continues to be written one day at a time. The Facebook group Dorian created has grown to more than 1,000 members, many of whom have sent cards, gifts and donated money to provide for Isis and Joan. This is not only the kind of story  that restores your faith in mankind, it also raises visibility of an important issue: the need to allow pets to visit hospice patients. 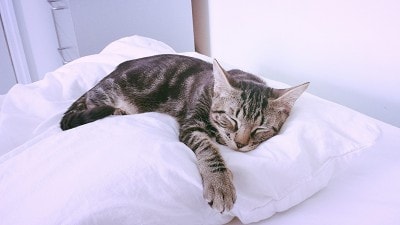 I love seeing more and more cat cafés opening around the United States, and I’m particularly thrilled that there’s finally one in New York City. I’ll take any excuse to visit New York, and I can’t wait to get up there to see Meow Parlour for myself. Located on the  Lower Eastside, Meow Parlour combines sweet cats and delicious sweets in one magical place.  All of the cats who live at the cafe are available for adoption via partner organization Kitty Kind. Visits to the café are by reservation only, and they are currently booking two months in advance! Visit MeowParlour.com for more information.

It’s not often that I come across a story that is as heart-breakingly beautiful as that of Isis, a two-and-a-half year old cat, and Joan, a terminally ill woman in a South Florida hospice. It’s the kind of story that restores your faith in mankind. Joan knows she won’t be able to be home again with Isis, but continues to pay the rent on her empty apartment so Isis would have  place to stay until a permanent home could be found for her, but with once daily visits from a caretaker, Isis was lonely. When Dorian Wagner, the founder of the Cute Transport Network and Santa Paws Drive, heard about this situation, she went to work and launched a social media miracle. Within days, she not only had a foster home for Isis, but she was also able to arrange for Isis to visit Joan. Visit Isis and Joan on Facebook for more about the two of them, along with some wonderful photos.Continue Reading 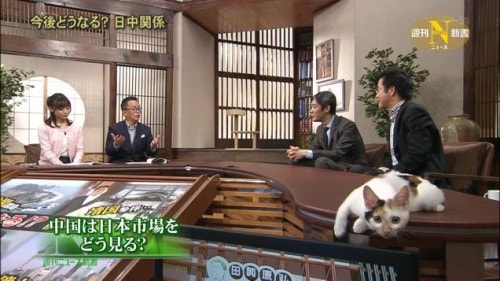 We all know how depressing watching the news can be. Perhaps this is why Japanese news program, Shuukan News Shinsho, a weekly news digest, has added cats to their program. This is not an entertainment show, it’s a serious news program similar to our Meet the Press or Face the Nation. The Japanese are known to be huge cat lovers, so perhaps this was simply a ploy to attract more viewers. Perhaps it was a conscious effort to lighten the mood a bit. Whatever the reason, it just proves that everything is better with cats! Read the full story on Kotaku.com. 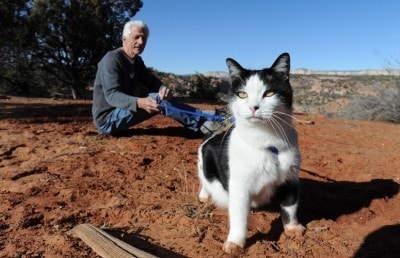 There’s no question that indoor cats lead longer and healthier lives. I believe that the only way cats should ever go outside is on a harness and leash. Some of the cats at Best Friends animal sanctuary in Utah get to experience this safe way to enjoy the great outdoors in a spectacular setting. “The reality is a lot of these cats are going to spend the rest of their lives here,” says Michelle Warfle, a former aerospace engineer who is now the cat manager at Best Friends Animal Society. “So we need to enrich their life as much as possible. And getting them outside is just fun for them.” For more on cat hiking, and some wonderful photos, please read “Cat Hiking Is a Real Thing. A Real, Wonderful Thing That You Can Experience” on the Huffington Post, or visit the Best Friends website for more information on hiking with cats.

Those of us who shares our lives with cats don’t doubt that our cats are fierce hunters, even if they only exercise their natural hunting instinct by pouncing on their toys. The Daily Mail reports that a recent study by the Royal Veterinary College in London, England, showed that domestic cats crouch and hunt exactly like their wild cousins. The researchers followed  100 cats fitted with GPS collars. They found that domestic cats may be more powerful hunters since their increased flexibility makes them better athletes in some ways. For more on the study, and some wonderful photos and video, visit MailOnline.com. 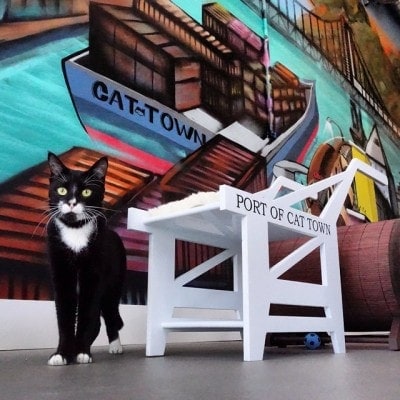 Cat Town Café, the first of its kind in the US, is now open in Oakland, California. The cafe offers a locally sourced menu of light bites and various beverages which customers can enjoy in the company of cats. The Cat Town Cafe will feature an area called the Cat Zone, where cats will be free roaming and available for adoption. Visitors can spend up to an hour in the Cat Zone, and free walk-ins are welcome as space allows. For a $10 donation, you can make a Cat Zone reservation ahead of time, which ensures your visiting time is available. The fee will go toward supporting adoptions. For more information, visit http://www.CatTownCafe.com.

If you missed any of the stories featured on The Conscious Cat this week, here’s a recapContinue Reading

I hope all of you had a wonderful Thanksgiving. The girls and I have so many things to be grateful for, not the least of which are all of you, who read, comment on and share our posts each and every day. Four years ago, I started my tradition of Thanksgiving ABC’s, and on Thursday, I spent some time reflecting on everything I’m grateful for. Some things stay the same year after year, others change.

But before we get to my list, here’s a recap of the stories featured on The Conscious Cat this week: on Monday, we shared holiday safety tips for cats, on Tuesday, we provided some suggestions on how to stop your cats from begging at the table, and on Wedensday, we featured an in-depth interview with Simon Tofield, the creator of Simon’s Cat. And don’t forget to get your free copy of Adventures in Veterinary Medicine – offer good through Sunday only!Continue Reading