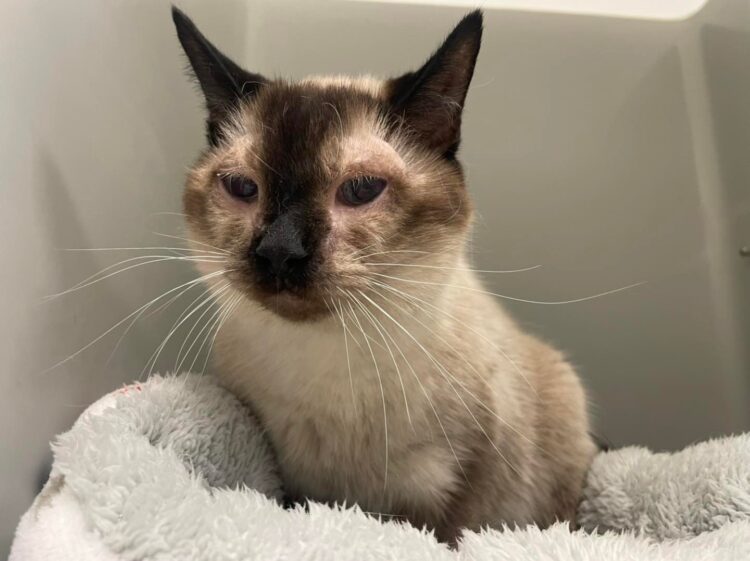 Bandit, an 18-year-old Tonkinese, was surrendered to the Stafford County Animal Shelter in Virginia after his owner could no longer care for him. The sweet old cat was having a hard time at the shelter, still looking for his owner. Thankfully, he was adopted and is adjusting well in his new home. “He’s a sweetheart,” posted his new human, in a comment on the Stafford County Animal Shelter’s Facebook post about Bandit.

If you missed any of the stories featured on the Conscious Cat this week, here’s a recap: on Monday, we introduced you to Assisi Animal Health’s new DentaLOOP, on Tuesday, we ran the final installment of our three part series on moving with cats, on Wednesday, I shared a Ruby memory, on Thursday we featured a wooden scratching post and trackball toy, and on Friday we reviewed PetFusion’s cooling blanket.

We’ve all seen videos of cats drinking from faucets. Most of the time, the human servants turn the water on, but this kitty figured out how to do it all by himself. Enjoy! 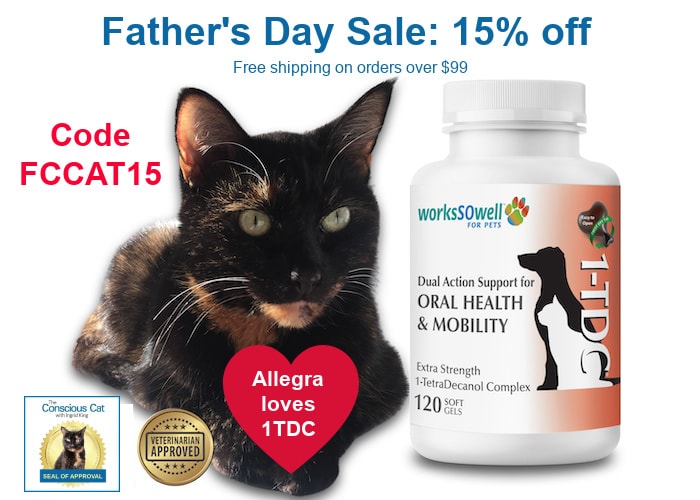 7 Comments on Mews and Nips: 18-Year-Old Cat Adopted from Shelter