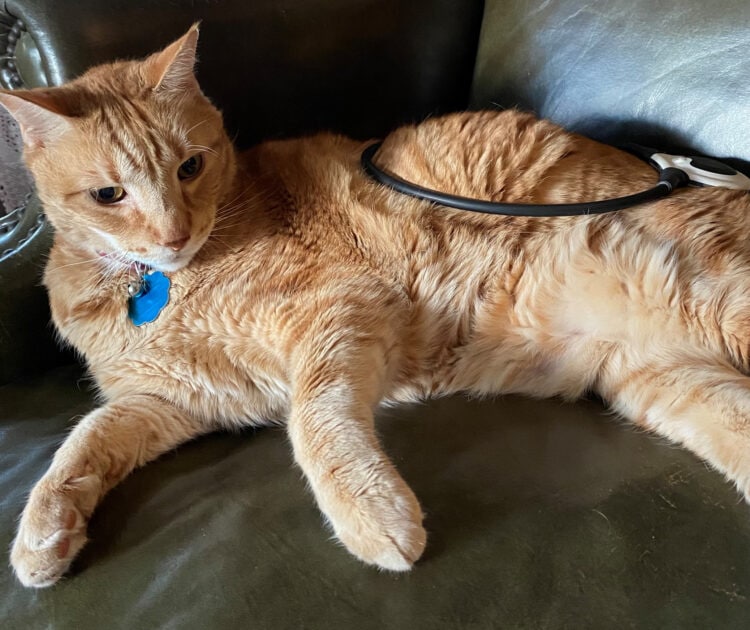 15-year-old Larry was about 10 months old when Mary brought him  home from the shelter, together with another 6-month-old tabby named Jack. Larry and Jack have been a bonded pair for the past 14 years. Larry also shares his home with four-year-old Frito Bandito.

“Larry is a big boy who usually weighed in at 20 pounds or more,” said Mary. “He has long legs and a long torso and does not look heavy when walking around.”  Four years ago, Larry developed pancreatitis and almost died. Thanks to great vet care, he recovered, only to have a second round of pancreatitis six months later. He also became diabetic and has since lost weight to improve his health. Mary has been giving him insulin injections every 12 hours for the last four  years, and he is doing well.

“At 15, he has very painful arthritis,” said Mary. She was excited when she won our giveaway in March. “I started using the Assisi Loop the minute it arrived,” said Mary. She had no problem getting Larry to accept it. “He seemed to not even notice.” Mary saw improvements almost immediately. “He enjoyed his twice daily sessions with the Assisi Loop and seemed to be in much less pain after just one week!” 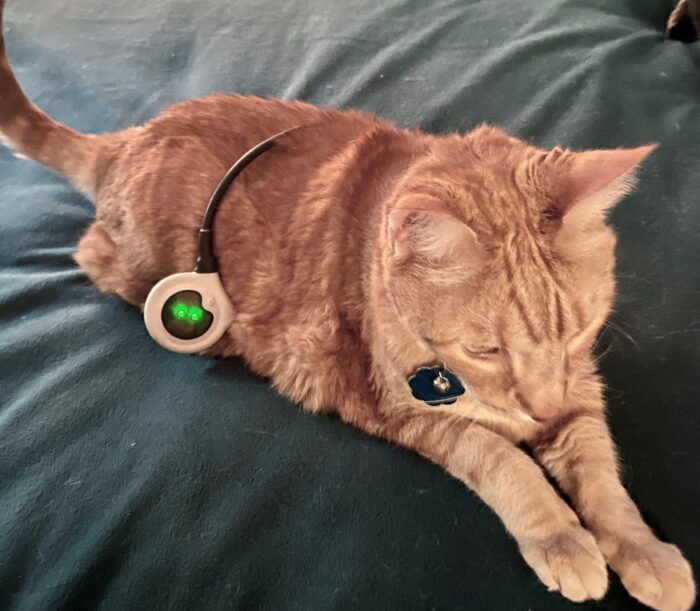 Larry’s blood sugar numbers have stabilized since Mary started using the Loop, and his overall  quality of life has improved considerably. “He moves with the appearance of less pain” said Mary. “He is no longer hiding in his bed all day. He is able to easily get up in his favorite chairs to be near us. It is so nice to have him once again be a part of the family!” 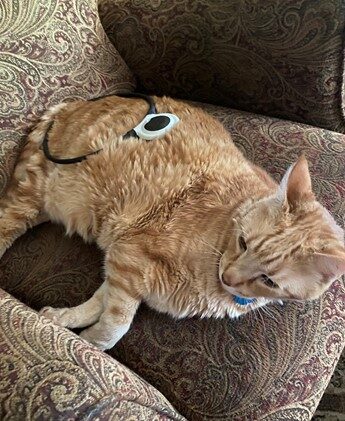