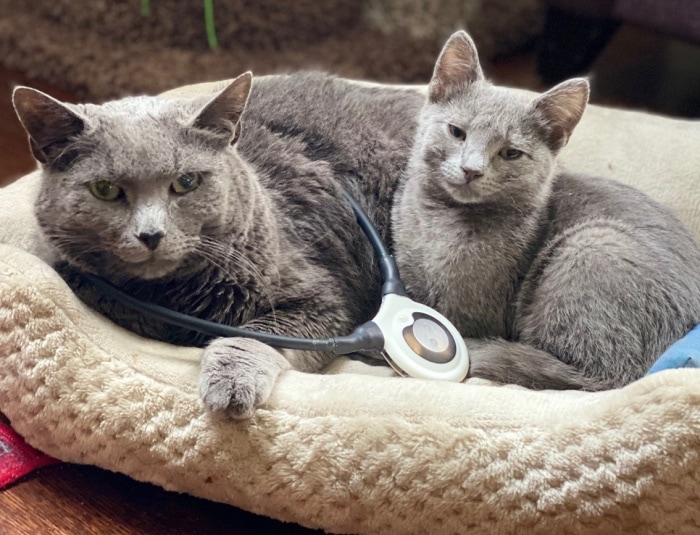 Andrea Carollo has been a volunteer with Animal House of South East Michigan for several years. Last summer, she started fostering Greigh, who was rescued after being badly injured and had to have a significant portion of his front leg amputated. This summer, Rasputin, a kitten suffering from radial nerve paralysis, joined her household. Both use the Assisi Loop to help them with their issues.

“Last summer, our rescue received a call that a stray cat with a badly wounded right front leg was seen in downtown Royal Oak,” said Andrea. “After trying to catch the injured cat for several weeks, we were finally able to get him.” A veterinary exam revealed that his leg injuries (presumably from being hit by a car) were too severe and that a significant portion of his leg had to be amputated.

Following surgery, Greigh came to stay at Andrea’s home as a foster. He had major mobility issues and seemed depressed. At first he would not use a litter box, and he would lash out. Andrea suspected that he also suffered some brain trauma in his accident. With time, love and several visits to Pawsitive Steps Rehabilitation, Greigh began to trust and heal, but his improvement seemed to plateau. “I referred to him as my ‘house plant cat’ since he barely moved around,” said Andrea. 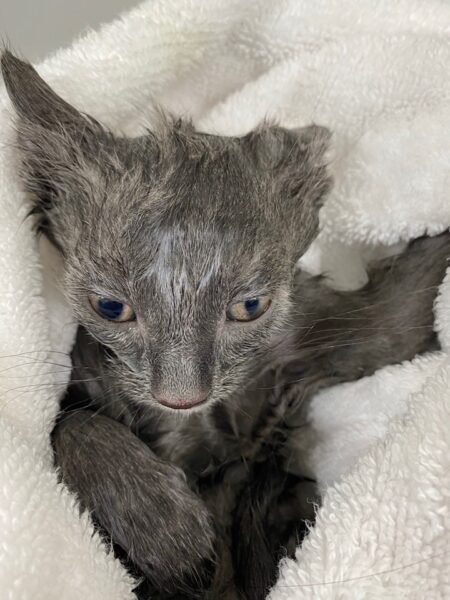 “This summer our rescue received a call that a tiny kitten with a paralyzed left front leg and different sized pupils had been surrendered at a local emergency vet,” said Andrea. Given his injuries, if the rescue could not take him they were going to euthanize him. “I couldn’t let that happen and agreed to foster him, and rushed to pick him up.”

Rasputin suffers from radial nerve paralysis. With continued physical therapy and acupuncture treatments at Pawsitive Steps Rehabilitation plus at-home PT and using the Assisi Loop multiple times a day, Rasputin regained feeling and use of almost his entire left front leg. “I currently wrap the “wrist” that he walks on to cushion it and prevent injury,” said Andrea. “We are in the process of figuring out if a prosthetic device would be helpful for him.” 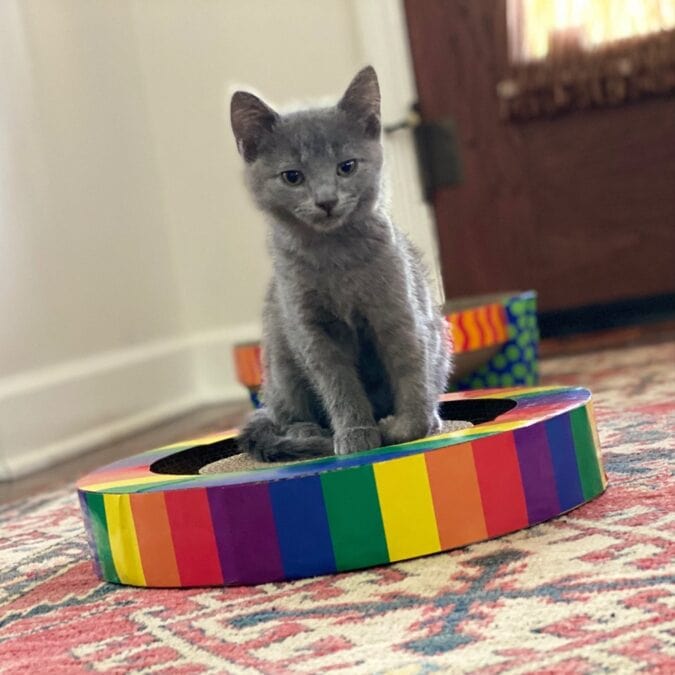 An unexpected benefit of the Loop

Rasputin was quite tiny when he was found. “Although I have several other cats at my house, he made a special bond with Greigh – even attempting to nurse from him,” said Andrea. The two cats cuddle together, and Rasputin grooms Greigh and “hangs out with him in a ‘copy cat’ kind of way.” Since Rasputin is a very active kitty, Andrea uses nap time as an opportunity for an Assisi Loop treatment. During many of those nap times both cats get treated since they’re cuddled-up so closely.

Andrea had thought that Greigh’s recovery process had reached a plateau. However, after using the Assisi Loop further improvements have been extremely noticeable. “He is much more mobile, makes more effort to interact and purrs more often. He is now venturing out beyond the breakfast nook at my house – even attempting the basement stairs. It definitely was an unexpected and wonderful surprise to see Greigh benefit at the same time Rasputin was benefiting from the Assisi Loop treatments.”

Andrea admits that both cats will be foster fails and will be permanently staying at her home, “because I love them too much.” 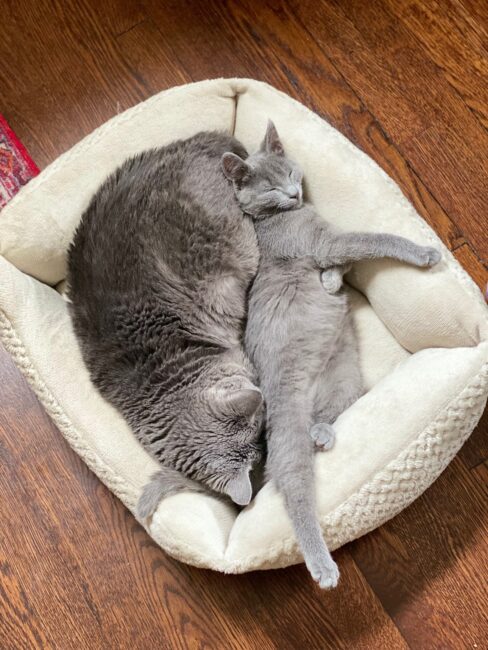