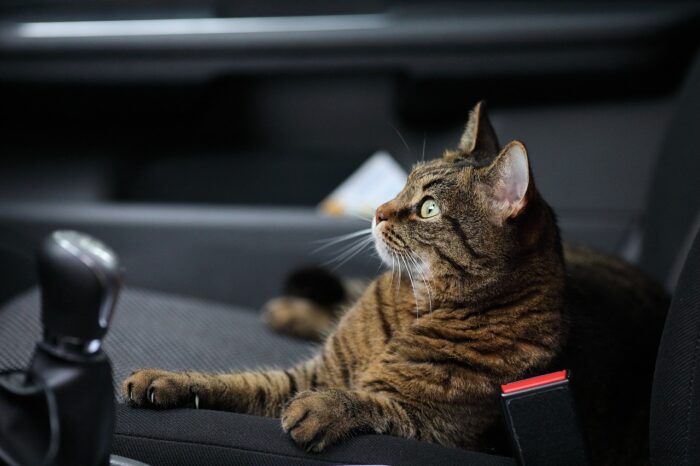 Did you happen to catch the new Chevy truck commercial featuring a grey tabby cat? Walter the cat became a star in the ad, a spoof on the usual “a man and his truck and his dog” meme that is more commonly used in these types of ads. Walter plays with balls, herds cows, and even fetches a stick. For more about how Walter became a star, visit Musebyclio.com.

If you missed any of the stories featured on the Conscious Cat this week, here’s a recap: on Sunday, Siena Lee-Tajiri suggested finding small things to celebrate every day, on Monday, we highlighted the importance of feeding a variety of foods in light of the current pet food shortages, on Tuesday, we reviewed Smalls Fresh Food, on Wednesday, we featured Raphael Vavasseur’s beautiful hugging cat paintings, on Thursday, we reviewed PetFusion’s non-stick litter box, and on Friday, Lucy Burdette introduced us to two cats who became the inspiration for two fictional characters.

And here is the commercial featuring Walter – enjoy!

10 Comments on Mews and Nips: Walter the Cat Becomes Star of Chevy Commercial