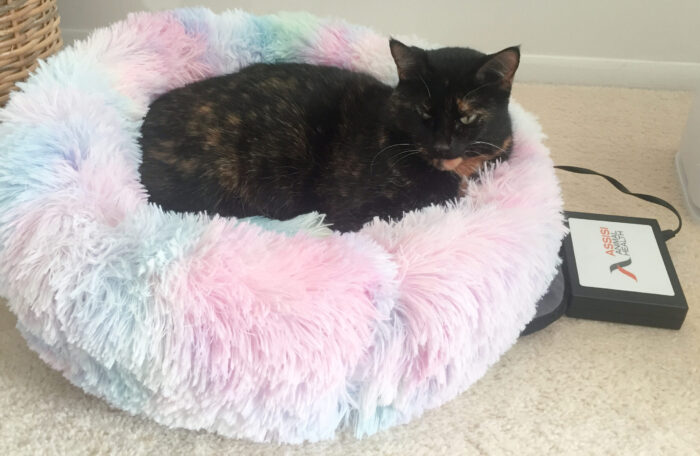 After Allegra was diagnosed with hyperthyroidism at the beginning of this year, I immediately started her on Assisi treatments. Ultimately, all disease is caused by inflammation in the body, and since she was also overgrooming and showed some occasional mild possibly IBD related symptoms, it just made sense to do whatever I could do reduce inflammation and stimulate general healing.

Those of you who have followed me for a while also know that Ruby received daily Assisi Loop and Therapy Pad treatments during her illness.

The Assisi Loop, created by Assisi Animal Health, is a non-pharmaceutical, non-invasive device provides targeted pulsed electromagnetic field therapy (tPEMF™). tPEMF, which was first studied in the 1970s and is FDA-cleared for use in humans. It uses low-level pulses of electromagnetic energy to stimulate the body’s own healing mechanisms to help relieve pain and swelling. This therapy can benefits cats with pain associated with arthritis, pancreatitis, wounds, or post-surgical swelling as well as many inflammatory conditions. The Loop is well tolerated by most cats. In fact, many cats really enjoy receiving Loop treatments. Because the Loop stimulates the body’s own healing process, rather than introducing a new substance (like a medication), even a sensitive cat body can handle it easily. 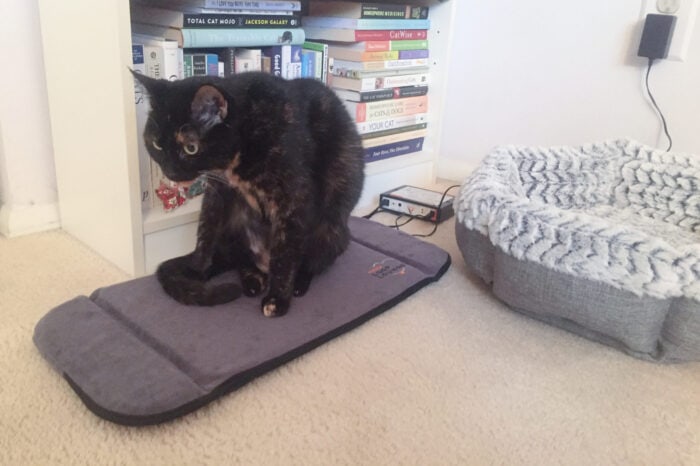 Even though Allegra was eager to check out the pad when I charged it for the first time, she wasn’t crazy about actually sitting or lying on it for any amount of time. But once I put it underneath a blanket or her favorite bed, she was good to go for multiple sessions each day. 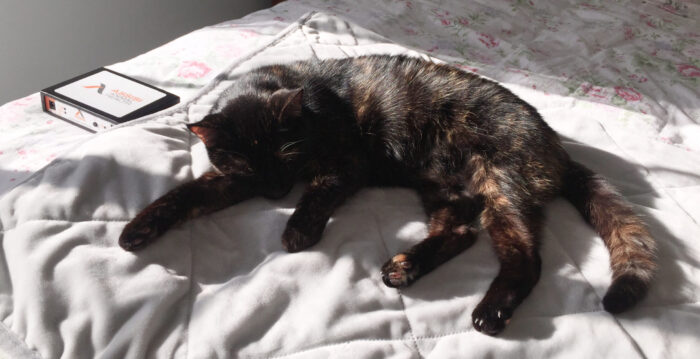 I treat her three or four times a day. I’d love to tell you that I’m organized enough to have a schedule, but I pretty much just turn the pad on whenever I see her on her blanket or bed. Some days, she gets four sessions, some days, she may only get two. 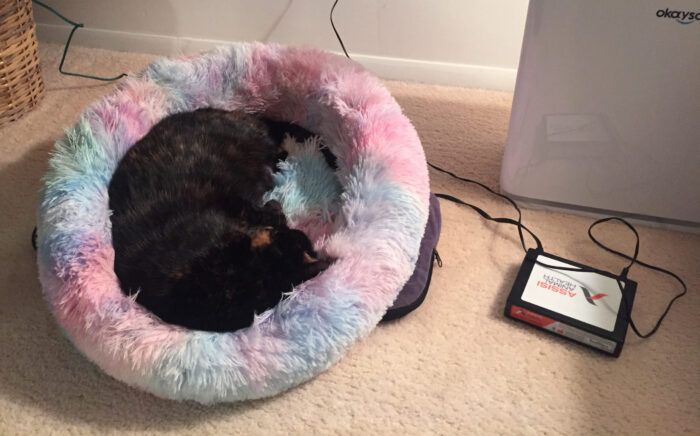 I consider the Assisi Loop Lounge an integral part of Allegra’s treatment. 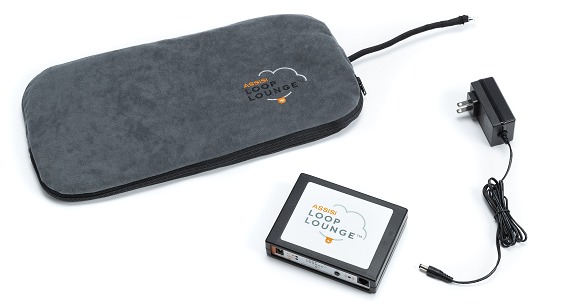