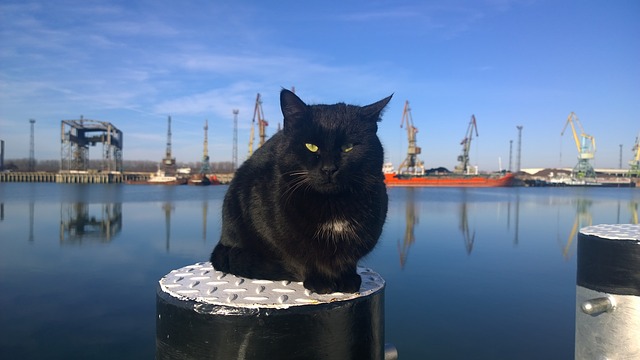 Thai navy sailors braved choppy waters to launch a dramatic rescue after discovering four cats had been abandoned on a sinking ship that caught fire. After the crew had been taken to safety, the navy was sent to the site of the capsized vessel to check for an oil spill, but discovered a few crew members had been forgotten. Visit Reuters for the full story of this wonderful rescue.

If you missed any of the stories featured on the Conscious Cat this week, here’s a recap: on Sunday, I reflected on the hope of spring, on Monday, I told you about the AAFP’s updated Feline Life Stage Guidelines, on Tuesday, I reviewed the Kitty Sift® disposable litter box, on Wednesday, I shared a Ruby memory, and on Friday, I announced 1TDC’s St. Patrick’s Day Flash Sale. And don’t forget to enter our giveaway to win 20 pounds of Darwin’s raw cat food for your cats and your favorite shelter! And, there’s more: if you haven’t already entered our anniversary giveaway, you have until the end of the month!

Who wouldn’t love to have a helper like the kitty in today’s video for Saturday chores? Enjoy!