In 2015, Cabo was surrendered to the animal shelter at the estimated age of about 12 after being rescued from a hoarding situation. He was in rough shape. He only weighed about 8 pounds, had no teeth, and had a range of physical ailments from a matted coat to an upper respiratory infection.

He was transferred from the animal shelter to the Veterinary Teaching Hospital at Colorado State University to participate in a trial to treat his respiratory infection. Neither traditional antiviral or antibiotic drugs nor alternative treatments worked. 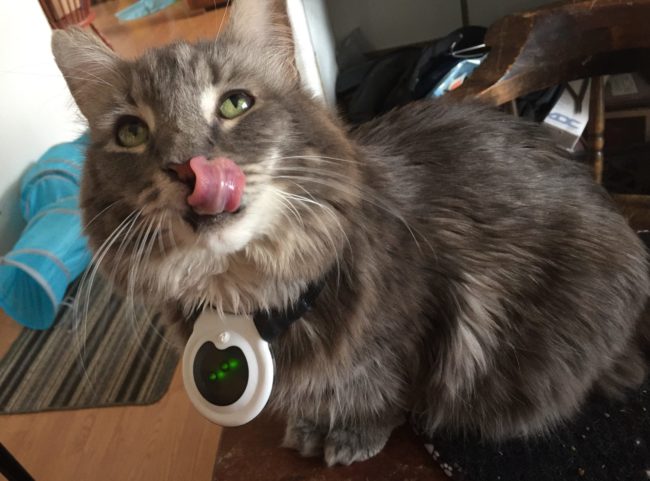 Cabo lucked out when Dr. Elena Contreras, DVM, PhD decided to first foster and then adopt Cabo after caring for him at the teaching hospital. Poor Cabo was dealing with multiple unresolved medical issues. In addition to chronic rhinosinusitis, he also had chronic otitis. Both his ears and his nose were inflamed, giving him what Dr. Contreras lovingly began referring to as his “skull ‘o’ inflammation.” 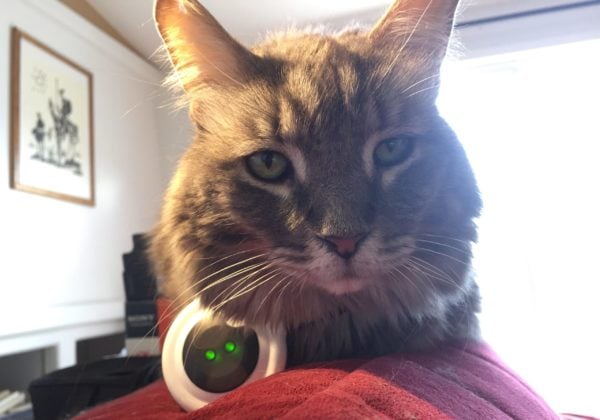 Dr. Contreras learned about the Assisi Loop at the 2017 American Association of Feline Practitioners conference. “I had long been wanting to trial laser therapy and acupuncture for Cabo’s skull o’ inflammation,” she said.

“The Loop has provided relief from the severity of the clinical signs of his chronis sinusitis and otitis without the need for additional medication,” she said. 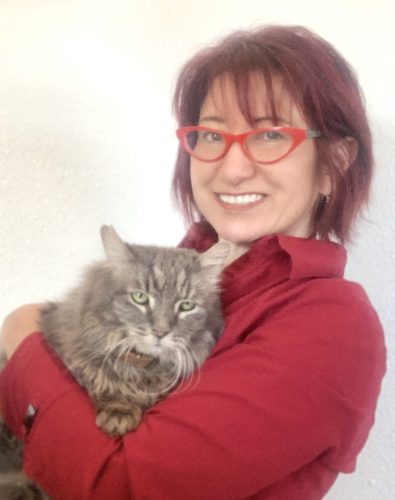 For a detailed account of how Dr. Contreras used the Loop and Loop Lounge on Cabo, please visit the Assisi Animal Health blog. 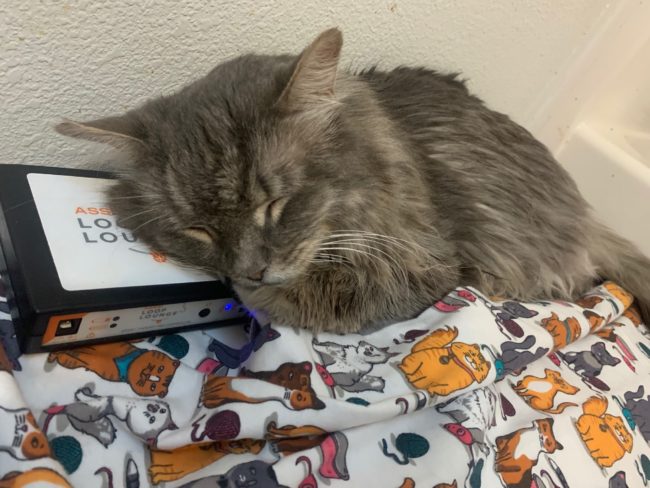 Cabo has had a diagnosis of chronic kidney disease for well over a year now.  At a minimum, he is 15 years old, but could easily be much older. “He should be very arthritic, thin, and with a lot of muscle wasting,” says Dr. Contreras. “Instead… he’s been receiving Assisi Lounge treatments every day, and look at him go! He’s playful, RUNS at top speed EVERY evening while playing with and tossing around his toys, and… he still has a great appetite and is actually chubby!” Dr. Contreras is amazed at how well the Assisi Loop and Lounge have worked for Cabo. “It’s incredible,” she says. “Everyone who knew him back when we first met him in 2015 is shocked at how amazing he looks and acts now. And I have to attribute that, at least in part, to the Assisi Loop and Lounge.” Despite his age and concurrent diseases, “he’s more spry and playful and lively than he was 5 years ago!” 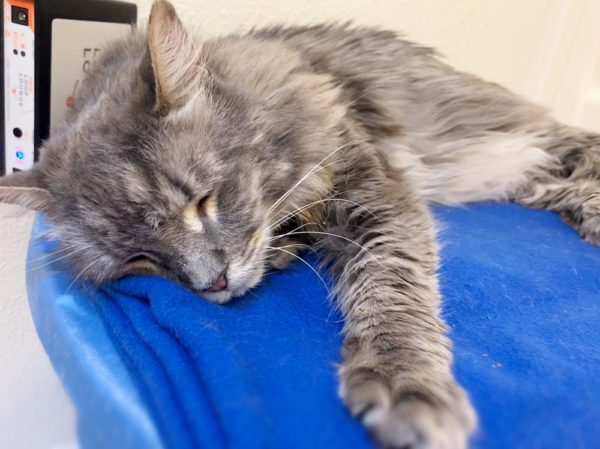