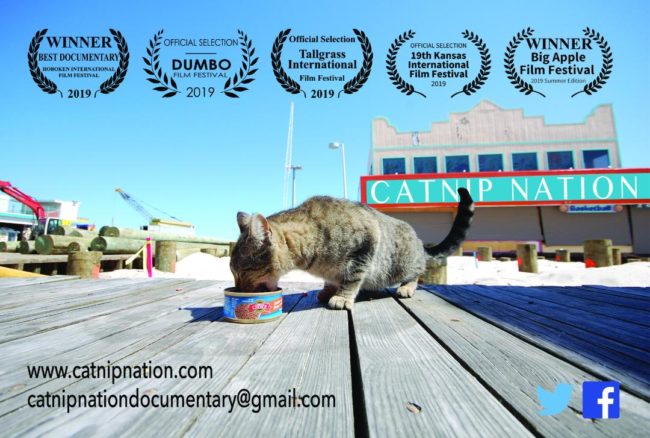 According to Kathleen O’Malley, Director of TNR Education for the New York City Feral Cat Initiative, “there are about as many feral cats in the United States as there are pet cats. So that would put them anywhere from 70 to 90 million.” Catnip Nation, an award-winning 75-minute documentary, addresses the fates of these cats, and the human conflicts that determine those fates. The central conflict is between compassionate people who want to care for the cats by providing food, water, and shelter, and those who want to make these acts of compassion illegal.

The film has played at several film festivals; it will be screened at the Garden State Film Festival (March 25-29) in Asbury Park, NJ.

I have lived with and loved cats for ages. Cats have it rough. There are too many in shelters who are never adopted, and millions who are euthanized. Those cats that are lucky enough to be found and adopted usually bear the physical and emotional scars of a difficult beginning. 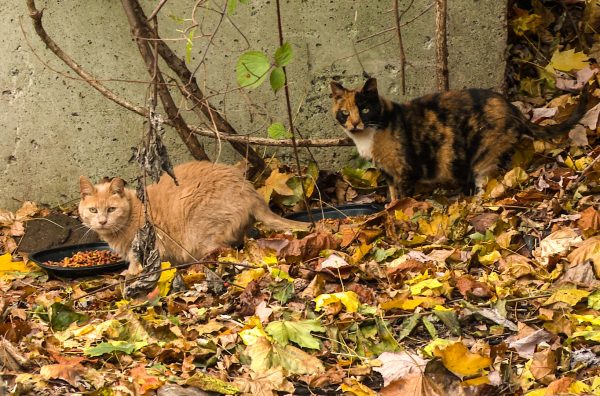 From idea to documentary

The idea to make a documentary on cats began as an ode to these enigmatic, graceful creatures, but my journalist’s compass quickly led to a darker place. Little did I know there are an estimated 90 million feral cats living wherever they find a food source. Nor was I aware that so many well-meaning people who are trying to help these animals are oppressed and persecuted by outdated laws or uneducated politicians.

We trained our cameras on four individuals who have put everything on the line to fight for a voiceless population. Our characters show us what it’s like to be punished for acts of kindness. They are willing to risk arrest and imprisonment. They’ve transformed their own lives in the fight to teach others about humanity and the responsibility we as a human race have to care for creatures who live in a netherworld between pets and wildlife.

Catnip Nation’ is not a pedagogic platform to preach about a movement known as TNR (Trap Neuter Return), in which cats living in groups are overseen by caretakers who fix and vaccinate them and feed them until they die off. But the film is inadvertently designed to enlighten. The goal of TNR, a spreading practice worldwide, is to winnow down cat colonies until the closed-system fades away. TNR is complex because it requires buy-in from government, law enforcement and grassroots citizens, who almost always do the real work. 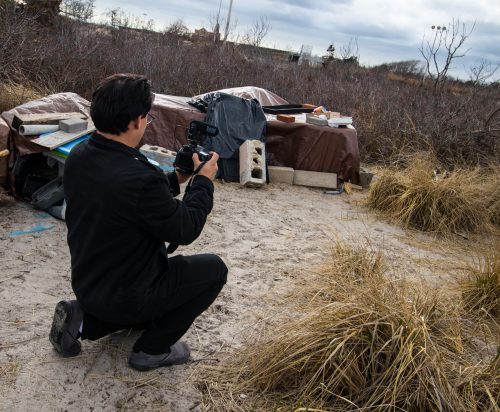 In ‘Catnip Nation’ we learn about this national crisis through the adventures of four main characters. I made a conscious decision to let our characters’ lives and the hurdles they face tell the story. It is effortless to get swept up into their stories – seeing firsthand what it’s like to risk jail to feed and water cats. Or to feel the wrenching pain of being separated from a group of animals that you’ve become attached to. Naturally we see these people as trailblazers, as human rights activists because in essence they are fighting for their own rights to help cats. We see these people fight, try to work within the system, and find ways around it in order to elevate their causes.

Film goers crave inspirational role models. We love Erin Brockovich because she fights the system. We admire outliers who move the needle. We celebrate caped crusaders who perform daring feats of bravery. Our characters do all these things.

Sometimes a documentary maker, or a journalist, knows the story she wants to tell. I believe it’s more powerful when an artist learns the story as she goes, when the horrific details and inspirational revelations tell you where the story is lurking and its drumbeat leads you to a place of darkness and light. Then you feel the privilege and the responsibility to make that story your own. That is what I hope I’ve done with ‘Catnip Nation’”.