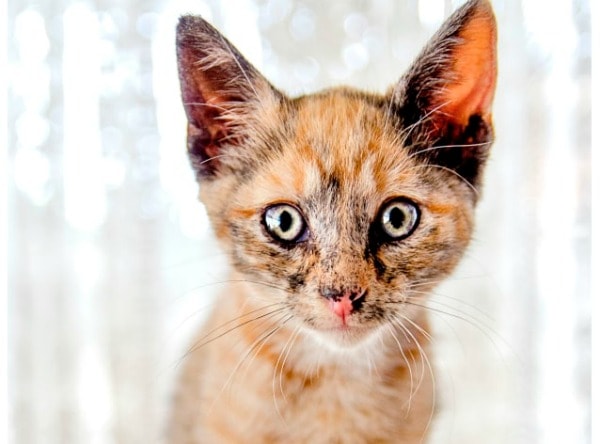 Those of us who love torties already know that they’re unique when it comes to their personalities, also known as tortitude. They also have unique genetics. The vast majority of tortoiseshell cats are female, because two X chromosomes are required to produce black, gold and orange coloring. Male cats only have one X and one Y chromosome, so technically it’s genetically almost impossible for a male to inherit the tortoiseshell coloring. A male tortoiseshell has an extra X chromosome, making it an XXY. According to a study by the College of Veterinary Medicine at the University of Missouri, only 1 in 3000 tortoiseshell cats is male. The gorgeous tortie kitten above, named Selten (the German word for rare) is available for adoption from Southern Down ARK.

If you missed any of the stories featured on the Conscious Cat this week, here’s a recap: on Monday, we told you about the microbes that live in and on your cat and the purpose they serve, on Tuesday, we offered tips to help you take your cat photos to the next level, on Wednesday, Allegra talked about what life without Ruby has been like for us, on Thursday, I shared the beautiful canvas print I had made of my favorite photo of Allegra and Ruby, and on Friday, we reviewed Clea Simon’s second book in her Witch Cats of Cambridge series, An Incantation of Cats.

We all know that many cats are fascinated by toilet paper. The human who thought up the amazing creation in today’s video decided to take his or her cat’s love for TP one step further! 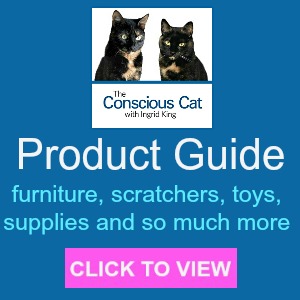