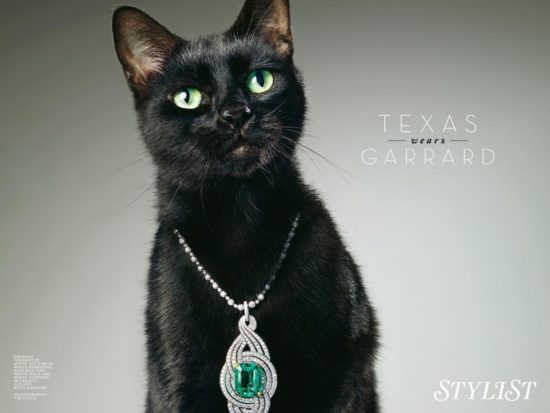 We were sad to hear that Texas, one of the cats who appeared in the Bohemian Rhapsody movie, passed away earlier this week. Charlotte Wilde, who owns a London-based animal agency which supplies professionally trained animals to top photographers and TV and film production companies, rescued Texas in 2006. “A friend called and said ‘oh, can you pick up this cat?’” said Charlotte with a wry laugh. “He’s a super super silly little cat, and very clever.” Since then, he’s appeared in TV series, commercials, and, of course, the super successful Bohemian Rhapsody. You can see Texas in one of the scenes in Freddie’s apartment.

If you missed any of the stories featured on the Conscious Cat this week, here’s a recap: on Sunday, we offered some information on how you can help the animals in the Bahamas, on Monday, I shared how 1TDC™ reduced Allegra’s gingivitis, on Tuesday, we announced that our 2020 Conscious Cat Wall Calendar is now available, on Wednesday, Dr. Marci Koski answered your behavior questions, and on Friday, we reflected on Friday the 13th, a full moon and black cats.

The before and after representations in today’s video are pretty accurate of how I feel some mornings – enjoy!

2 Comments on Mews and Nips: Rest in Peace, Texas Wilde