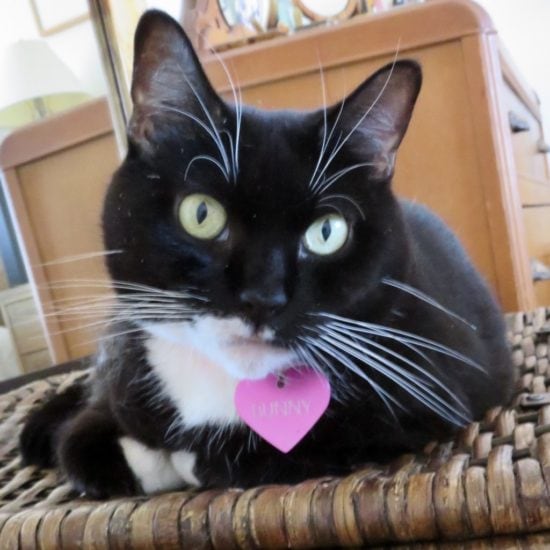 As told to me by Shelley and Matt Bloom

There are many reasons to love Jackson Galaxy’s Cat Camp. You can learn from amazing educators, witness adoptions, buy some cool cat gifts and experience the positive energy of thousands of cat lovers coming together. And sometimes truly extraordinary things happen.

Five years ago, Bunny Bloom, an adorable tuxedo girl and the hero of the award-winning Hello, My Name is Bunny! children’s illustrated chapter book series, was adopted from KittyKind in New York City by Shelley and Matt. They were so taken by Bunny’s sweet nature and so impressed by KittyKind’s work that they decided to raise funds to help rescue more cats in need. And so, the Hello, My Name is Bunny! book series idea was born. $5 from every book sold goes to KittyKind, and donations are made from every item sold on their website. All Shelley and Matt knew of Bunny’s past was that she’d been found in a basement in Bushwick, Brooklyn. This part of her history even made it into their first Hello, My Name is Bunny! book.

Fast forward to this year’s Cat Camp, where Shelley and Matt were selling their books. They met fellow vendors, Scott and Jayda, from Stray Cat Social Club, a cat advocacy brand that has been working in the cat rescue community for nine years. Stray Cat Social Club advocates for compassionate feral cat care and educates about TNR techniques and proper colony management. They also care for four colonies in Bushwick, Brooklyn, and partner with KittyKind when they meet cats friendly enough to be adopted.

As they were talking during Cat Camp, Shelley and Matt mentioned that they adopted Bunny from KittyKind, and that she’d been rescued from a Bushwick basement in 2014. Scott thought that it seemed like an odd coincidence. “We’ve lived in Bushwick for almost 10 years now, and we used the basement of our old building as ‘holding space’ for new rescues until we could get them tested and vaccinated.”

After digging through old emails and photos, Jayda and Scott went back to Shelley and Matt’s booth and told them that there’s a good chance Bunny might be a cat they rescued, named Sarafina at the time. Shelley and Matt couldn’t believe it. “Sarafina was her name when we adopted her from KittyKind!”

“It was amazing, serendipitous, and emotional,” said Scott. “More than five years later, having no idea who adopted Sarafina or how she was doing, here she was, back in our lives, and as Bunny the superstar! Proof to us that rescue works, that rescue can lead to wonderful things, and that it changes lives. If we needed any more validation for the work we do, this was it!”

“When Scott told us Sarafina and her brother, Puchito, had been mousers from kittenhood, living off scraps of food, stuck in a basement day and night, we couldn’t help but shed a few tears,” said Matt. “We’d never have known Bunny’s story if it hadn’t been for this chance encounter with Jayda and Scott. It was a truly an emotional, moving experience. Who knows what would have happened to Bunny had they not rescued her? We can’t bear to think about it.”

Shelley added: “We’re so grateful to Jayda and Scott for everything they did for Bunny, and for every cat they help. They’re changing the lives of cats in their neighborhood every day, but on this particular occasion, they changed our lives, too!”

When you save a life, you save the world, often in ways you may never understand.

If you’ve ever wondered whether the butterfly effect works, this story is a testimony to its power. When you save a life, you save the world, often in ways you may never understand. That’s what every TNR advocate and rescuer does: every day they help make life kinder for homeless cats.

The magic of Cat Camp works in so many different ways by bringing cat lovers together to for a weekend of fun, learning, and inspiration. It seems fitting that this serendipitous encounter between Bunny’s parents and her rescuers took place during this very special event. 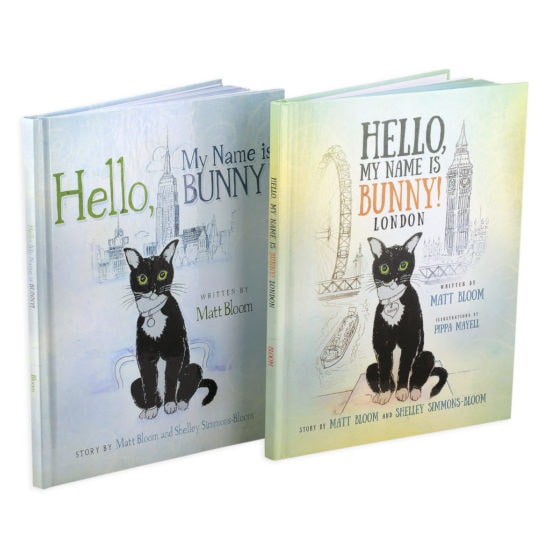 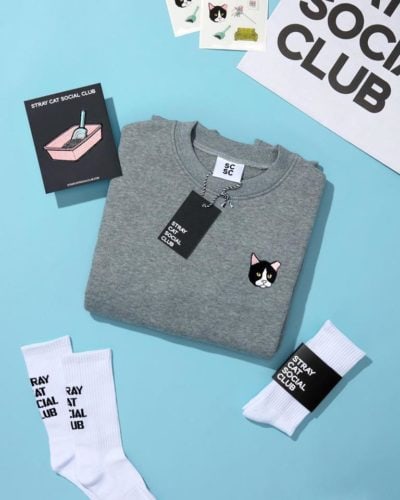