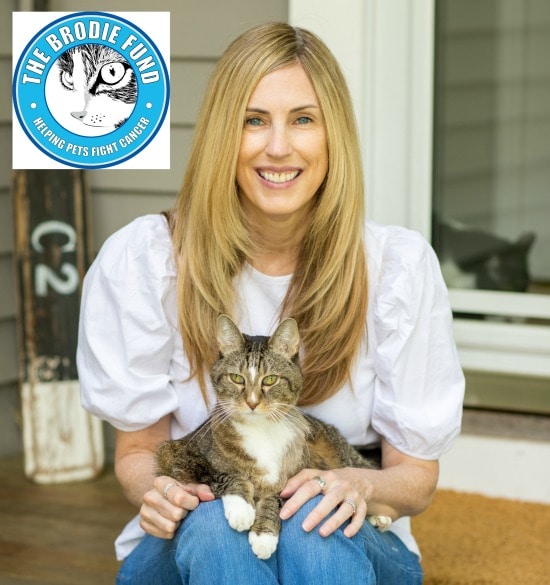 Cancer is one of the leading causes of death in older cats. According to the Animal Cancer Foundation, 6 million cats will be diagnosed with cancer in the United States this year. As heartbreaking as a cancer diagnosis is, it does not have to be the end of the road. Depending on the type of cancer, treatment options ranging from surgery, chemotherapy and radiation to palliative care may extend the life of cats with good quality for months, and sometimes even years.

I believe that the decision whether to treat feline cancer is always an individual one. There is no right or wrong answer; each cat and each cat parent is an individual. Factors such as the cat’s age, general health status, and temperament, as well as past experiences the cat’s human may have had with cancer in humans or animals in their life, all come into play. So do finances: cancer therapies are expensive.

The Brodie Fund raises money to offer financial assistance, through grants, to families who have pets fighting cancer. Created by Sally Williams, a life long cat lover and cat behaviorist, the fund is a unique non profit organization that benefits cats (and dogs) who have been diagnosed with cancer. While most other non-profits in the same realm allocate funds based on clinical criteria such as age and prognosis, which may exclude cats that might otherwise benefit from treatment, the Brodie Fund looks at each individual cat’s and human’s situation to determine whether they can help. The fund was inspired by Sally’s cat Brodie.

I previously introduced you to the Brodie Fund. Today, I’m excited to share some updates on how the fund has grown, and how it has helped two cats thrive after receiving a cancer diagnosis.

While the Brodie Fund previously only worked with hospitals in the tri-state area, they recently welcomed a new participating hospital in Colorado, VRCC Englewood, in partnership with KarmaSue, a Colorado non-profit dedicated to providing education, counseling, and financial support to Coloradan families with companion animals living with cancer. Their missions aligned perfectly, and the partnership was formed, allowing them to give five grants this year. “These types of collaborations are exciting, because they will allow further expansion and more grants,” says Sally.

They also added new annual grants, Brodie Goes Abroad, and Brodie To The Rescue. “Brodie Goes Abroad allows us to help a pet outside our network of hospitals in other parts of the world,” says Sally Williams. “Thanks to this addition we were able to help a handsome cat named Simon in the Netherlands.” Brodie To The Rescue gave its first grant to a cat named Giselle, now named Edie. 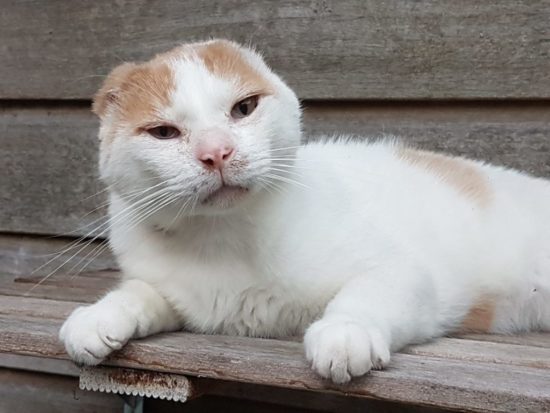 Simon was living on the Greek island of Samros when he was rescued by Tina, a Dutch woman who volunteers annually in Greece doing TNR and caring for cats. Simon was not the first cat she rescued and brought home knowing he had cancer. She also rescued Zorba. Simon had skin cancer, which is quite common in cats living in Greece. He needed surgery to have most of his ears removed. “We had followed Zorba’s story,” said Sally. “That’s when we formed Brodie Goes Abroad, and we helped pay for Simon’s surgery.” Today, Simon is doing great and had become the quintessential lap cat. 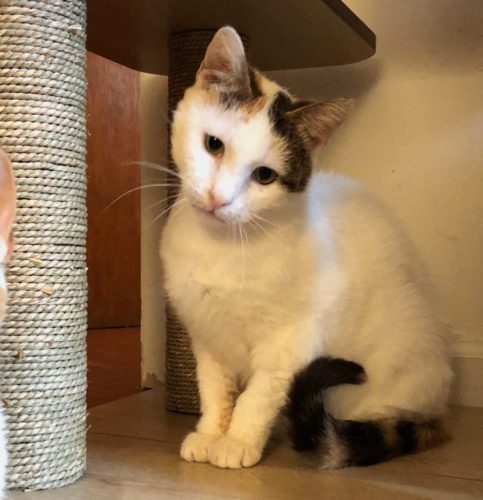 Giselle, now named Edie, was rescued from a hoarding situation in New York by The Little Wanderers NYC, an organization specializing in rescuing the neediest cats in the toughest neighborhoods. “Giselle had lived in this situation for likely ten years, dealing with neglect and abuse,” said Sally. She entered her new foster home timid, underweight, anemic and with a giant tumor on her neck. Thankfully tests showed no signs of spreading and with removal of the tumor she would be cancer free.” Sally came across her picture and story on social media. She had been wanting to work with a rescue, as she herself has been involved with rescues and shelters for years. Giselle was the perfect cat for this: her cancer was treatable, and she would become an adoptable cat. Brodie To The Rescue was formed. Giselle’s foster mom Amanda adopted her the day after surgery and named her Edie. She is now living her best life with mom Amanda and a few furry siblings. 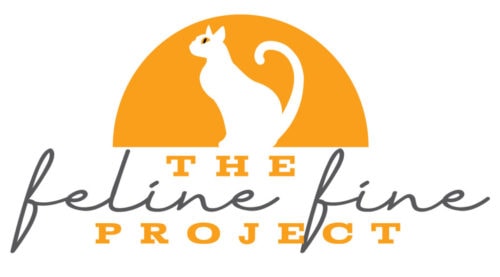 In late 2018, Sally Williams launched The Feline Fine Project. Born out of the Brodie Fund and The Contented Cat, Sally’s behavior consulting business, the project’s  mission is to educate cat owners on the importance of annual vet visits, offer guidance to make vet visits easier for both cat and owner, and discuss the silent illnesses that can be missed. Sally has been speaking at conventions and pet expos with Feline Fine Project supporters Tamar Arslanian, Dr. Liz Bales and Dr. Lynn Bahr. 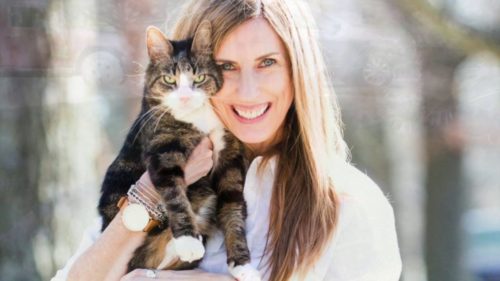 Sally is currently on the pet cancer journey again with her cat Marlin, shown in the photo at the top of this post. They share his story on his Instagram page, Marlin The Buddha Cat, in hopes of showing that cats living with cancer while being treated can have wonderful lives. Marlin’s life was saved when the tiniest of  bumps was detected during a routine vet visit. The “bump” turned out to be a mast cell tumor that had already metastasized to a lymph node. Marlin had surgery and is now being treated with chemotherapy, prednisolone and CBD’s. Nine months into treatment, Marlin is living life to the fullest, receiving mail from all over the world from fans who call themselves The Marlin Nation.

How you can help

If you’d like to support the Brodie Fund, you can do so by donating here. You can also help by volunteering and sharing the Brodie Fund’s message on your social media channels.