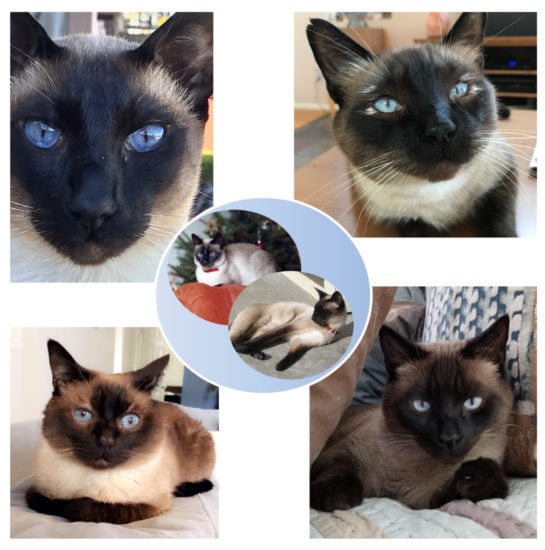 “The dark horse wins the race”. “Our hero strides forth on a shiny white steed”. Humans have long been mystified over animal behaviors and coloration. Albinos have been alternatively feared or revered. Black cats summon up dark arts imagery. But is there really a connection between a cat’s fur and their behavior or is this just superstition? My research is aimed at unraveling at least a small part of this enduring mystery.

Is there a connection between coat color and behavior?

Previous research published in 2015* seems to suggest that owners report more aggressive behaviors from orange female (tortoiseshells, calicos, and “torbies”), black-and-white, and gray-and-white cats cats at home and during vet visits. But statistical analysis and included data from vet visits finds no differences in aggressive behavior due to coat color. In rodents, however, scientists have found that agouti mice display increased stress-induced weight loss and exhibit symptoms of acute fearfulness following stress caused by physical restraints compared to normal mice.** My personal interest in the connection between looks and behavior stems from my long co-habitation with generations of Siamese cats.

My love of Siamese cats

I love Siamese cats. My family had two as we grew up. I adopted my first female right out of college and she became my constant companion and source of joy. She did have a strange habit of eating wool hiking socks and sweaters. It wasn’t until I adopted one of my two current boys that this behavior rose to more than an amusement. Eating non-foods is a syndrome called pica. Within the Siamese breed, there has been considerable documentation and some scientific reports on this unusual habit.

My kitten ate two pipe-cleaners, then a large elastic bow that required emergency surgery. He can destroy the toughest dog chewies in a matter of hours. As a scientist, this piqued my curiosity. Why Siamese and Siamese-derived breeds? Could there be a genetic link, like the overexpressed agouti gene in mice, altering normal behavior? 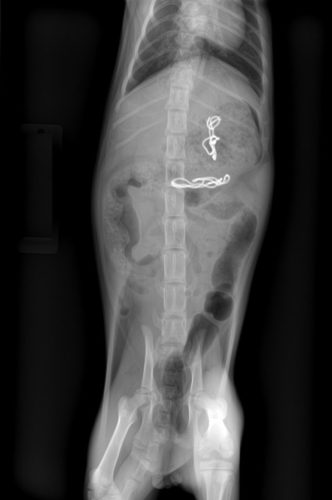 The science behind skin coloration

Skin coloration is a highly conserved mechanism throughout the animal kingdom. Humans tan in response to UV light. The darkening is caused by production of melanin. Lack of an ability to generate skin melanin results in albinos- all light or all white animals. One key protein that is required to create melanin is called tyrosinase. When the genetic code for a normal protein is changed, something scientists term mutated, the way a protein folds into its unique shape is disrupted. This can cause the protein to malfunction. For Siamese cats, the tyrosinase gene has a single altered amino acid about half way into the protein. This small change has a profound effect on the action of this protein. Siamese tyrosinase only functions below normal feline temperatures, which creates the beautiful color-pointed appearance we associate with our lovely furbabies.

Now, let’s tie this all together. What does a mutated tyrosinase gene have to do with Siamese behavior? Besides the well-described role in melanin production, tyrosinase is very good at multi-tasking. In certain brain cells, tyrosinase is also a key protein in the generation of the neurotransmitter, dopamine. Areas of either human or feline brains that use dopamine are associated with anxiety and obsessive compulsive disorders when this neurotransmitter’s levels are imbalanced.

In a Siamese cat, dopamine-requiring neurons will have to rely on an alternative backup pathway. Under ideal feline conditions, a Siamese can maintain a balanced amount of dopamine using the backup pathway. However, when these cats are stressed, either chronically, as in a shelter environment, or acutely, as in a vet visit, their neurons may be incapable of increasing dopamine to compensate for the added stress.

My current research is revolving around modeling the Siamese-specific tyrosinase mutation in cells to figure out three important findings. The first, what is the actual molecular basis for tyrosinase to work at lower temperatures, but not at normal cat temperatures. Two, does the mutated tyrosinase protein fold into a normal shape. And three, do Siamese cat neurons have normal or reduced levels of dopamine in neurons following stress.

Goals of my research

My long-term goal is to find either potential drug interventions to keep Siamese cats calmer and more social in shelters to increase their adoptability, or work with feline behaviorists to use my information to devise modifications to keep dopamine levels high in Siamese when stress is likely. The bonus for me personally is saving money on expensive chew toys.

I am currently self-funding my studies since the idea of Feline Cell Biology is outside of the mainstream scientific community’s thinking. Look for future posts on my progress.

12 Comments on Is There a Genetic Basis for the Unique Behaviors of Siamese Cats?