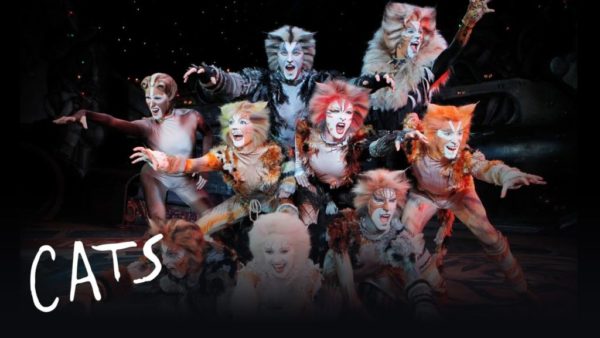 December 20, 2019: mark your calendars! That’s the day the movie Cats will premiere in theaters.

The musical written by Andrew Lloyd Webber based on T.S. Eliot’s poems opened in London in 1981. It became the fourth longest running show on Broadway, originally running at the Winter Garden Theatre from 1982 to 2000. It was revived in 2016. And this December, it will be a movie.

I saw the play several times, and of course, I own the sound track as well. For me, it has stood the test of time, and I’m eager (and a little apprehensive) to see what the movie will be like. Broadway to big screen doesn’t always translate well. The most notable recent disaster, in my opinion, was Rock of Ages. The play was fantastic. The movie – not so much.

This movie version will feature a stellar cast, including Taylor Swift, Dame Judi Dench, Ian McKellan, and Jennifer Hudson. Swift will reportedly play Bombalurina, Dench will play Old Deuteronomy, McKellan will be Gus the Theatre Cat, and Hudson will play Grizabella, who arguably has the best known song of the play, “Memories.”

If you can’t wait until December, you can watch the entire musical on YouTube.

Are you excited about the Cats movie?