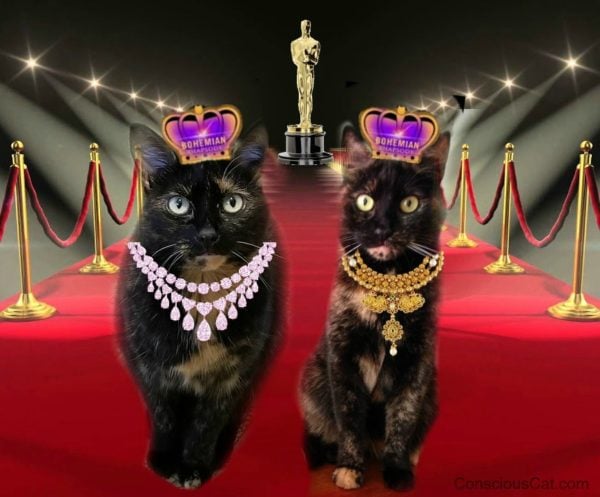 Allegra and Ruby are ready for the Oscars, and it’s no secret which movie they’re rooting for.

I never really cared that much about the Academy Awards in the past. I’d occasionally watch the Red Carpet part, because it’s fun to see all the beautiful gowns, and maybe I’d watch the first half hour of the actual show, but then I usually lost interest and went to bed. Not this year.

This year, I’m super excited about the five Oscar nominations for Bohemian Rhapsody. I’ve seen the movie at the theater seven times so far, and I won’t even admit to how many times I’ve watched the Blu-ray… I cannot recall any movie I’ve seen that many times, let alone at the theater.

This movie is joyful, inspirational, emotional – everything that a great movie should be. From the wonderful portrayal of Freddie Mercury, even if it strayed quite a bit from the truth for dramatic effect, to the perfect casting and phenomenal acting, and of course, the music, this movie, for me, is two hours of pure happiness. And I loved how the cats were represented. I knew Freddie Mercury was a cat lover, but until recently, I had no idea just how much he loved cats. 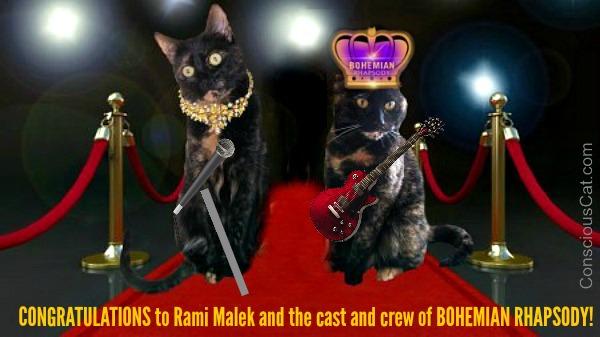 And  yes, for the first time ever, I will be watching the entire show. I’ll be at a friend’s house for an Oscar watching party, but I’ll leave the TV on for Allegra and Ruby, since clearly, they’re excited about the movie, too. Allegra fancies herself as the feline version of Freddie, and Ruby has been practicing her Red Special.

Have a beautiful Sunday, whether you care about the Oscars or not!