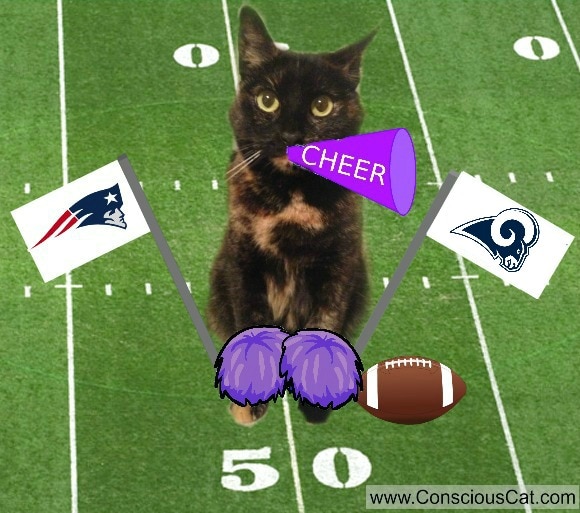 We’re not big football fans here, although Ruby loves any excuse to play with her pompoms and make some noise. We’ll be watching the Kitten Bowl, and we’ll probably watch at least part of the big game, just for the commercials. Since I believe that there are spiritual lessons in everything, I spent some time thinking about what the spiritual aspects of football and the Super Bowl might be.

On the face of it, football would seem like the least spiritual of all sports. It’s a pretty violent game, and it seems to be all about competition and winning. And yet, Super Bowl Sunday has become a national holiday, and there’s something about a hundred million people watching the same event that makes me think that there has to be something more to it than just a game.

What the Super Bowl (and Kitten Bowl) can teach us

The Super Bowl shows us, in rather dramatic fashion, that you can’t always win in life. If your team is playing today, it may be asking a little too much for you to not be attached to the outcome, but for the rest of us, watching the game may be a chance to practice non-attachment, an important premise of many spiritual traditions. Of course, if you are rooting for either the Patriots or the Rams, the lesson for fans of one team, at the end of the night, may be about acceptance, and, if you’re a hard core fan, possibly suffering, both key concepts of Buddhism. 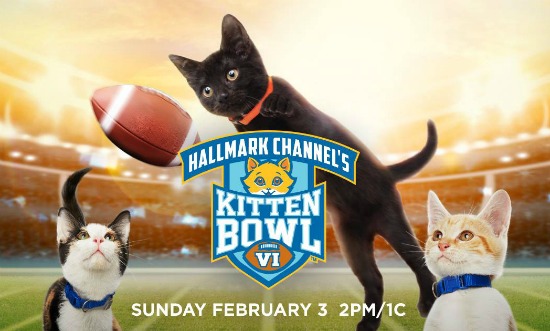 This aspect of winning or losing will be more pronounced in the “real” game. There will be no losers in the Kitten Bowl. Perhaps this is yet another case of cats being smarter than humans? After all, games are supposed to be about fun, not just about winning or losing. All players in the Kitten Bowl will be winners: they will be adopted into loving homes after the game.

Perhaps, football can also teach us about mindfulness. If you’ve ever watched the expression on players’ faces during a critical stage of the game, you know that they’re completely in the moment. There’s even a term for this that I believe originated from football: we say that an athlete is “in the zone.” The same is true for spectators who are really into the team and their sport. And of course, the players in the Kitten Bowl are totally in the moment as they pounce after the ball and tackle each other.

A sense of community

Super Bowl Sunday creates a sense of community. Whether you watch the game with friends, or at home in your living room with your cats for company, just knowing that there are so many others around the world doing the exact same thing at the exact same moment makes you realize that you are part of a larger universe. And some years, there are moments of magic in the game that will move the soul. Whether it’s a spectacular pass or a last second field goal kick to save the game for an underdog team, these moments make us believe that anything is possible.

So whether you’re watching the Kitten Bowl, the Patriots and Rams, or whether you’re staying away from anything football related today, spend some time  reflecting on the fact that ultimately, everything in life is guided by Spirit. And if you’re rooting for one of the teams in today’s game, may your team win!


This post was originally published on Super Bowl Sunday 2015, and has been updated.