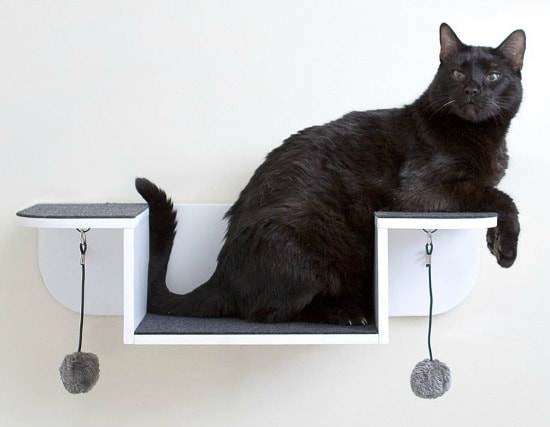 It’s always sad when a friend’s cat dies. My heart hurts for what I know they’re about to go through as they mourn their loss. We’ve all been there, and even though everyone grieves in their own unique way, we all know how hard it is. And when the cat is one of those “soul cats,” the feline version of a soul mate, the pain of loss can be overwhelming. Earlier this week, my dear friend Kate Benjamin, the founder of Hauspanther, lost her soul cat Ando. 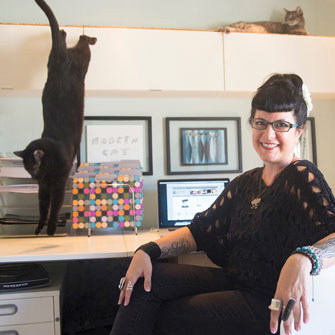 Ando was Kate’s original Hauspanther. He came into her life 14 years ago when a coworker told her about a little black kitten that had been born outside her apartment. Kate still remembers the first time she met him: “He marched up to me and I picked him up only to have him protest to be put down, a personality trait that stayed with him his whole life. He was full of sass and he charmed every person he ever met,” she wrote in a Facebook tribute to Ando.

Kate worried about adding other cats to her family after she took Ando in, but it turned out that, rather than being dominant, as Kate had feared, he became a calming presence for each new cat. “Every other cat absolutely worshipped him,” wrote Kate. 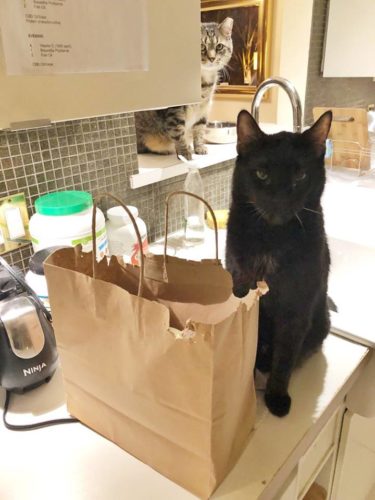 Ando could be a handful, exploring, and frequently destroying, everything in his path. He was partial to paper, cardboard and books.

He was the star model for many of Kate’s products, like the Primetime Petz shelf in the photo at the top of this post. He was also her office assistant. He excelled at the latter role in the last few years as he slowed down, spending most days sleeping on Kate’s desk next to her computer.

Over the past few years, Ando dealt with diabetes, kidney failure, hyperthyroidism, and heart disease. He passed away at home, being held by Kate and her husband Mark. “There is a hole in my heart,” wrote Kate, “but my soul feels fuller because I know he is part of it and we have been reunited.” 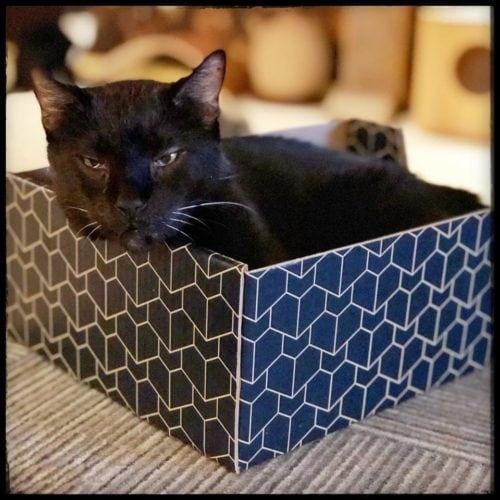 I never met Ando, but from the many photos of this gorgeous Hauspanther that I’ve seen over the past nine years, I’ve always felt that he was an old soul. These special soul cats change our lives. The love between a soul cat and his chosen human is bigger than anything else in the world, and when a soul cat leaves us, it’s devastating.

My heart hurts for Kate as she is mourning the loss of her beautiful boy.

23 Comments on A Tribute to Ando