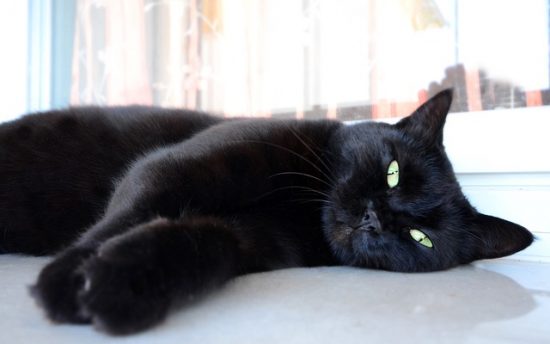 Cats don’t have nine lives, and they don’t suck the breath out of babies. While it’s pretty obvious to most rational human being that these two myths are not true, there are many other tall tales about cats that are completely false. Perhaps this is because cats, despite having lived with humans for thousands of years, still remain a mystery even to those of us who know and love them.

Some myths and misconceptions are simply silly, but many myths can be dangerous and may actually harm cats. The following six are some of the most common myths about cats that are not true.

Cats always land on their feet

While cats have a remarkable ability to right themselves when falling from great heights, this is only true if they have enough time during the fall to do so. But even if they do land on their feet, this doesn’t mean that they won’t sustain often severe injuries. “High rise syndrome,” in which cats fall from windows or balconies of apartment buildings, can cause severe trauma, broken bones, and even death.

This seems to be a myth that just won’t die. Cats are independent by nature, but they are also social animals who thrive on human attention and interaction. Frequently, aloof cats are nervous cats who will come out of their shell once they experience human kindness and love.

Cats don’t need as much veterinary care as dogs do

According to a study by Bayer Health Care and the American Association of Feline Practitioners, 52% of America’s cats have not had a wellness check up in the last year. Dogs are taken to the veterinarian twice as often as cats. There is a misconception that cats are independent and don’t need the level of care that dogs do. Additionally, cats are masters at hiding illness, and won’t show symptoms until a disease may already be in the advanced stages.

Declawing is a painful surgical procedure that involves amputating the last bone of the cats’ toes. If performed on a human, this would be the equivalent of having the last knuckle of each finger removed. Recovery from this surgery is extremely rough on cats, even with the use of powerful pain medications. Phantom pain may last for months following the surgery, if not for the rest of the cat’s life.

Cats can live on a vegan diet

Cats are obligate carnivores who need meat to thrive and survive. Protein derived from meat and poultry contains ample amounts of essential amino acids. While vegetable and grain based proteins also provide amino acids, cats, unlike dogs, lack the enzyme required to process them metabolically. Cats also need taurine, an amino acid found in meat that is essential for heart and eye health. A lack of taurine in the diet can lead to heart disease and blindness.
By educating others about these myths, you will help cats live healthier and safer lives.

One of the most common myths about cats is the superstition that black cats bring bad luck. However, depending on what part of the world you live in, black cats may actually be considered harbingers of good luck.