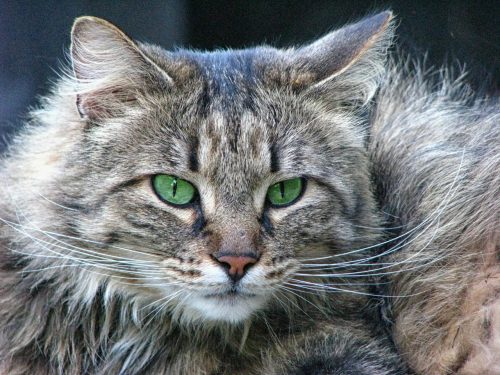 There’s no question that cats own the internet. But a fascinating new study of DNA of more than 200 ancient cats shows that cats’ quest for world domination began more than 10,000 years ago. The study reveals when and how wild cats made their way from the edges of civilization into our homes and hearts. An international team of researchers found that cats’ dispersal happened in two waves, first from the Fertile Crescent and later from Egypt, and their migration likely included voyages on Viking ships. For more on this study, read the full story in the Washington Post.

If you missed any of the stories featured on the Conscious Cat this week, here’s a recap: on Sunday, we celebrated Father’s Day, on Monday, we told you about common feline eye problems, on Tuesday, we featured high-sided litter boxes, on Wednesday, we announced that casting for Season 9 of My Cat From Hell is now open, on Thursday, we introduced you to Magpie, a lightweight GPS tracking device, and on Friday, we reviewed Where’s Kitty? Dot-to-Dot.

Today’s video of little Tetley just made me smile – I hope it does the same for you. (If you’re reading this via email, you may need to click through to our website to view the video. Not all email programs support embedded videos.)

6 Comments on Mews and Nips: Cats Took Over the World Long Before the Internet