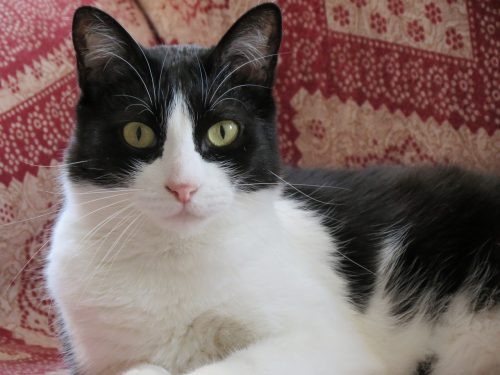 After years of misinformation spread in the mainstream press and prior research suggesting that people infected with the parasite Toxoplasma gondii are at an increased risk of developing schizophrenia, a new study finally confirms that cats do not pose a risk to anyone’s mental health.

Of course, we’ve known all along that not only do cats not pose a threat to our mental health, they actually help improve it. After all, that’s what our Sunday columns, Conscious Cat Sunday and Sunday Purrs of Wisdom, are all about! But it’s still nice to see that there’s finally research that debunks all the ridiculous and plain wrong information that’s been circulating.

What is Toxoplasma gondii?

The Toxoplasma gondii parasite can be found in the feces of cats who eat infected mice or birds, as well as in raw meat, or contaminated soil or water. Toxoplasmosis is rare in the United States, and the highest risk of contracting the disease does not come from cat feces, but from eating raw or undercooked meat or unwashed fruit and vegetables, or from gardening in contaminated soil.

Published in the medical journal Psychological Medicine, the new study is the first to look at childhood cat ownership and the infection of the parasite Toxoplasma gondii as a risk factor for psychosis.

The study conducted at the University College London followed nearly 5,000 people in the United Kingdom for 20 years. According to CNN.com, the researchers used birth information to determine whether households had cats when the mothers were pregnant and when the children were growing up. At ages 13 and 18 years, the children were brought into clinics to be evaluated for psychotic-like symptoms. After controlling for potential confounding factors, the study concluded that cat ownership in pregnancy and childhood did not play a role in developing psychotic symptoms during adolescence.

“The message for cat owners is clear: there is no evidence that cats pose a risk to children’s mental health,” Solmi said in a news release.