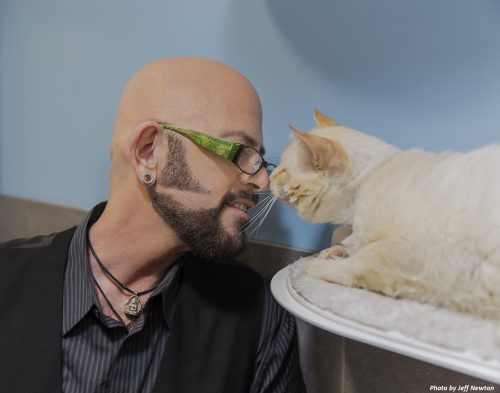 Jackson Galaxy has been on a mission to improve cats’ lives for most of his life. Thanks to his show My Cat From Hell, cat guardians around the world are learning from the challenging cases he deals with on the show. But Jackson doesn’t just want to change house cats’ lives, he wants to make life better for all cats, which is why he formed the Jackson Galaxy Foundation in 2014. The foundation is the realization of Jackson’s long-standing dream of bettering the lives of animals at risk and helping the people who care for them.

Beginning February 2, The Jackson Galaxy Foundation will partner with animal shelters across the U.S. to implement the second year of Cat Pawsitive, a positive reinforcement training program designed to increase cat adoption rates. 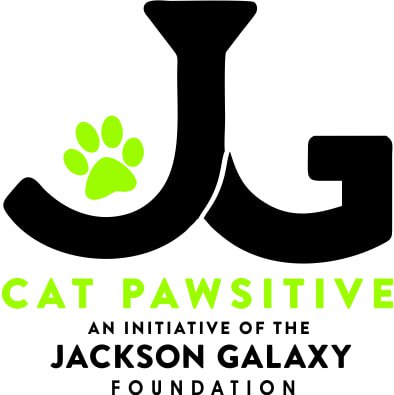 Jackson developed Cat Pawsitive with a team of animal behavior experts. Highlights of the program include:

Four feline behavior experts (Miranda K. Workman, Samantha Bell DiGenova, Lisa Stemcosky and Sara Russell) were hand-picked by JGF to lead the second year of this program in nine shelters across the country, ranging from small, limited-admission private shelters to large, open-admission municipal facilities. The shelters will each participate in weekly training sessions with the experts and will have direct access to the team for consultations throughout the four-month program. The nine participating shelters are:

“The maiden voyage of Cat Pawsitive last year was a huge success, which excites me and motivates me to expand the reach of this program,” says Jackson. “This year, with the stellar participants that we’ve brought on board, I’m pawsitive that Cat Pawsitive techniques and messaging will reach a larger human audience and more importantly, a larger cat audience.” says Galaxy. Jackson explains that Cat Pawsitive is about awareness, enrichment, innovation, and increased adoption placement on a grassroots level. “I know that the work done during this program will have a ripple effect, helping so many cats in need and the humans who care for them.”

Cats who are exposed to reward-based training methods gain confidence and experience reduced stress through their training sessions, which helps them build connections with staff, volunteers and potential adopters. Cat Pawsitive can help a shy cat learn to feel comfortable coming up to the front of her cage to meet an adopter. A feisty cat learn to play nice, and an outgoing kitty learn to give an endearing “high five” to his visitors to seal an adoption deal. 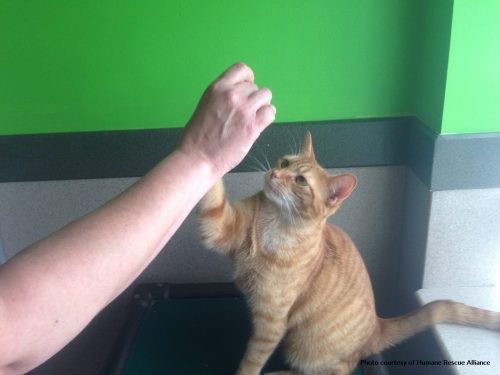