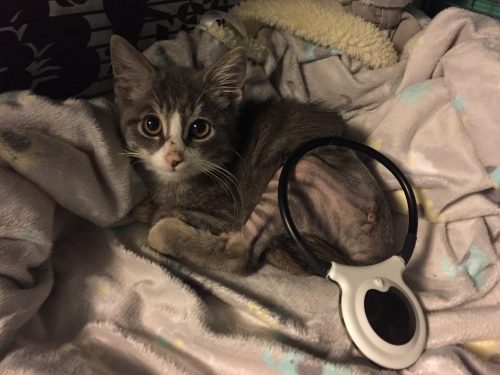 As an alternative to pharmaceuticals, many cat owners have turned to non-drug modalities like Reiki and acupuncture. Another therapy that is garnering more widespread use is targeted pulsed electromagnetic field therapy (tPEMF™). This therapy can benefits cats with pain associated with arthritis, pancreatitis, wounds, or post-surgical swelling as well as many inflammatory conditions.

tPEMF, which was first studied in the 1970s and is FDA-cleared for use in humans, uses low-level pulses of electromagnetic energy to stimulate the body’s own healing mechanisms to help relieve pain and swelling. Assisi Animal Health created the Assisi Loop, a non-pharmaceutical, non-invasive device that is well tolerated by most cats. In fact, many cats really enjoy receiving Loop treatments. Because the Loop stimulates the body’s own healing process, rather than introducing a new substance (like a medication), even a sensitive cat body can handle it easily. 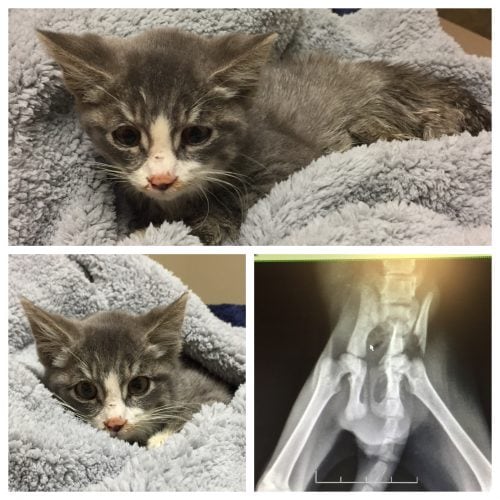 Eight-week-old foster kitten Moe Cubby was hit by a car early last November. He sustained a badly broken pelvis, a narrowing of the pelvic canal, and nerve damage to one leg. Moe Cubby had surgery to piece his pelvis back together. He received pain medication and antibiotics, and he was put on cage rest for about six weeks. Moe Cubby’s guardian, Kelley Peters,  began using the loop right after his surgery. Within four days, she saw progress. Moe Cubby was brighter and more alert. He wasn’t as painful. The visible injuries showed improvements with less inflammation and visible healing. Two weeks after the surgery, the nerve damage in his leg improved. The visible wounds were nearly healed. Even though not fully recovered, his gait improved, he was using the litter box, and was purring and playing again. 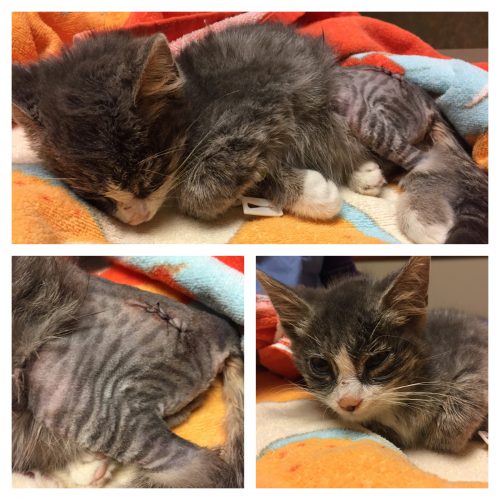 “Early during recovery, I used the Loop about eight times a day,” said Kelley. “Now that his condition has so markedly improved, we’re on a maintenance schedule of about four times a day.” After three weeks, Moe Cubby was allowed supervised time outside of his cage so he could start using his leg. Kelley used play therapy as a means to naturally strengthen the muscles and increase range of motion in his injured leg. 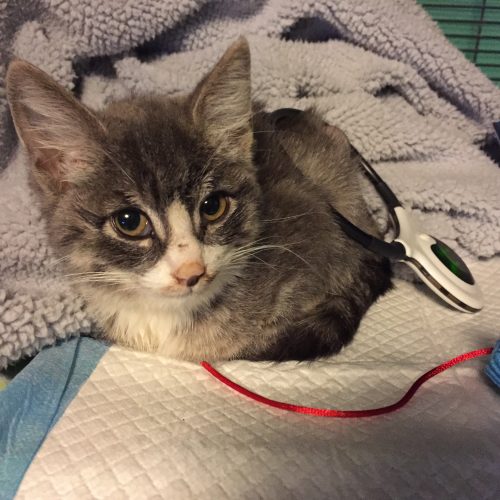 Moe Cubby enjoyed his sessions with the Loop. “He’s not bothered by the Loop at all,” said Kelley. “I placed it on or under him as he was resting.”

A Happy Ending for Moe Cubby

Two weeks ago, Kelley contacted me to tell me that Moe Cubby found his forever home! 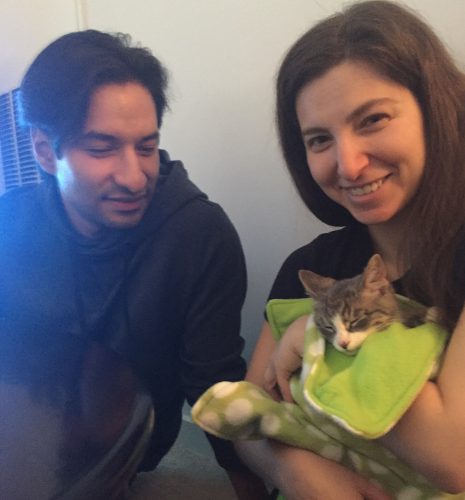 Coming in February:
We’re giving away an Assisi Loop to one lucky reader!