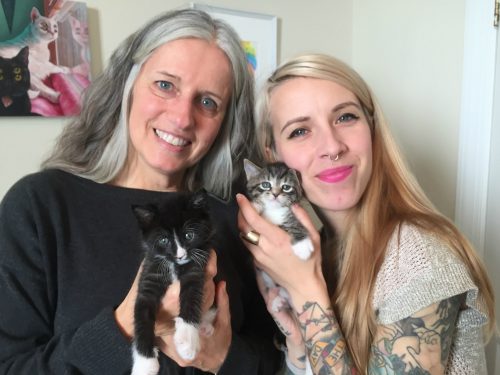 Hannah Shaw quite possibly has the best job in the world. She devotes her life to saving the most vulnerable of cats – neonatal kittens. Since her first rescue eight years ago, Hannah has developed a huge following on Instagram, featuring some of the most adorable photos of kittens you’ll ever see online, but she is about so much more than just cute photos. Shaw has become the go to expert on how to save and raise orphaned kittens. In addition to teaching neonatal kitten workshops at shelters around the country, her website and YouTube channel offer a wealth of resources on kitten care. 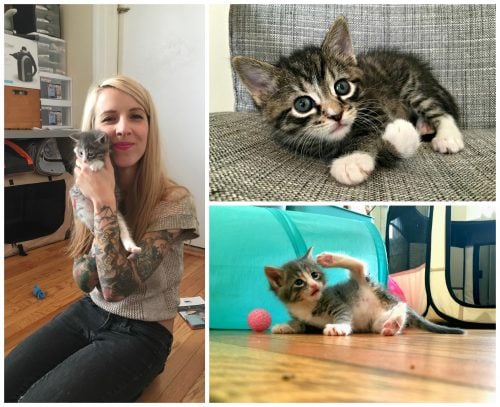 A friend and I had a chance to visit Hannah at her home in Mt. Rainier, MD and meet her current litter of five five-week-old kittens, Cholula, Texas Pete, Harrisa, Frank and Valentina, and talk to Hannah about her work. It all began eight years ago, when Hannah found a five-week-old kitten. “I knew nothing about kittens then,” said Hannah. “I asked a friend whether they had something I could feed the kitten, and they gave me a hot dog.” She named the kitten Coco, and Coco is still with her today. Four years later, Eloise also became part of her permanent family. 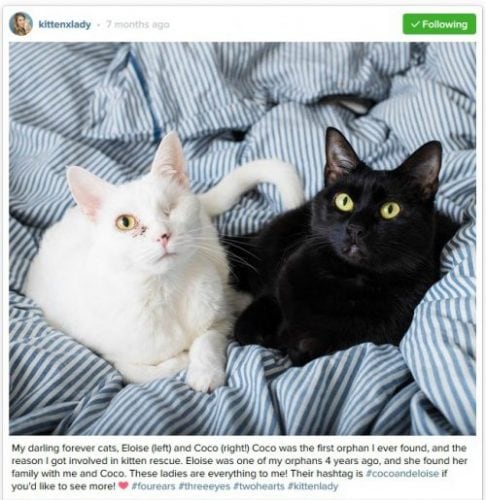 As a vegan and lifelong animal lover, Hannah has always been an animal advocate, but she didn’t consider herself a cat person until she rescued Coco. “She changed my life,” said Hannah. When she realized that newborn kittens are often euthanized because shelters lack the resources for the time consuming care they require, she felt compelled to do something. “Once word got out that I was rescuing orphans, I started getting calls for help from everywhere.” Hannah realized the need for information about how to help these babies. “Raising neonatal kittens requires special knowledge,” she said, “but with some training, anyone can learn how to do it.” 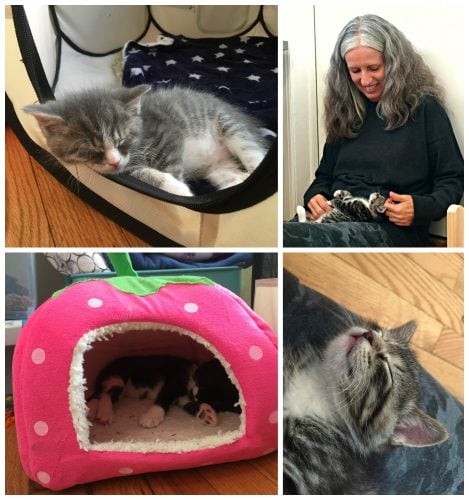 Hannah’s enthusiasm for her lifesaving work is infectious, but for all her passion, she also doesn’t sugarcoat what she does. “Caring for these vulnerable kittens is rewarding, but it’s also challenging,” she says. Compassion fatigue is common among rescuers, and Hannah stresses that proper self-care is important. 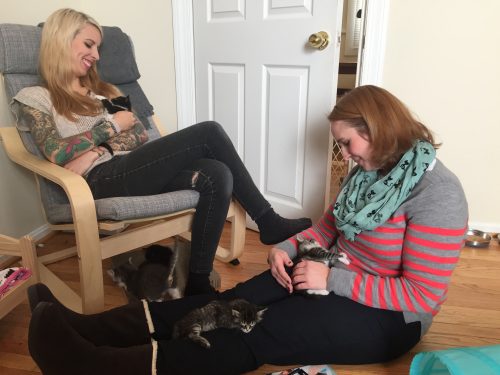 Due to the intensive work required, Hannah only cares for one litter at a time, two at the most. Due to her large social media following, all kittens have adoption applications from around the world, but she only adopts within the Washington DC area. “Most of my kittens end up having their own social media accounts,” said Hannah, “and it’s so much fun to be able to see how they’re doing.” 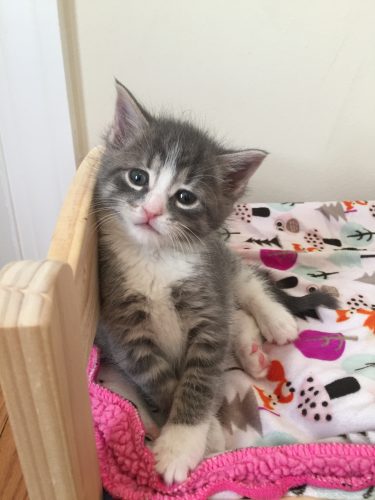 5 Comments on A Visit with the Kitten Lady