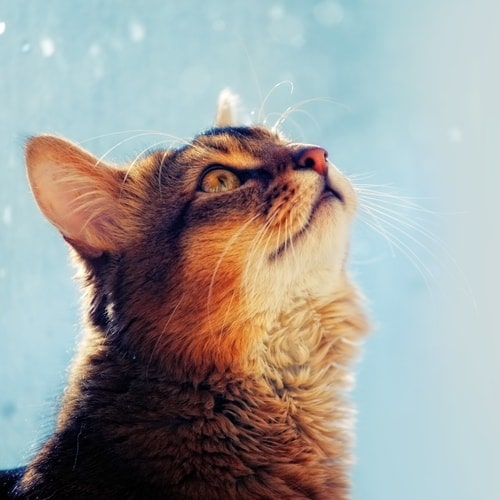 Reach for the moon. Even if you fall short, you’ll land among stars.

Last Saturday, a dear friend of mine died after a brief illness. This is the first time a friend close to me in age has passed away, and it’s hitting me hard.

Ronnie was my pet sitter for more than 20 years, until she realized her dream of living in Hawaii four years ago. She took care of all of my cats, all the way back to my first cat, Feebee. And she didn’t just take care of them: she loved them like they were her own. She didn’t just feed my cats and clean out their litter boxes when she came over. She spent time brushing them and playing with them. She often scheduled the second visit of the day at the end of her daily schedule, and then stayed longer than her normal half-hour client visit and spent the evening at my house watching TV, often with one of my cats in her lap.

We became friends not long after she started pet sitting for me. Ronnie was a kindred spirit. She loved animals, she loved life, and she believed in finding work that makes you happy. She was one of my biggest champions when I left first my corporate job to work at an animal hospital, and then that job to start my own business.

Ronnie was one of the most positive people I ever knew. She always had a smile on her face. She faced some challenges in the time that I knew her, but she handled them with grace and optimism.

When she first started talking about moving to Hawaii, I had very mixed feelings. I didn’t want to lose my pet sitter, and more importantly, I didn’t want my friend to move so far away. But at the same time, it became apparent very quickly that living in Hawaii was Ronnie’s dream, and of course, as her friend, I supported her in making it come true.

She moved to Hawaii in December 2012, taking her two 16-year-old cats with her. Puddy and Tweety did remarkably well during the long flight, and adjusted quickly to living in paradise. After they passed away, Ronnie adopted Bilbo, a beautiful special needs kitty (he is diabetic.) Shortly after, Piper, a stunningly gorgeous tortie, joined her family.

The last four years were some of the happiest years of her life. She loved everything about her life on Maui. She quickly formed an “ohana” (a Hawaiian word meaning family in both the literal and extended sense). I don’t think Ronnie ever met a stranger who didn’t become a friend. She volunteered at the Maui Humane Society, socializing cats and preparing them for adoption and taking dogs for long walks on the beach.

In spring of this year, Ronnie was diagnosed with an aggressive form of cancer. True to who she was all her life, she faced this final challenge with the same courage and grace with which she approached everything in life. Despite some horrific side effects from the treatments she received, she was still able to enjoy her beloved island. The last photo I have of Ronnie shows her just a couple of weeks before she passed, with her wonderful big smile, enjoying lunch with friends.

I’m so sad that Ronnie’s dream got cut short, but also glad that she never had to say “I wish I had.” Her passing is a poignant reminder for me to not put off anything that I know will make my soul sing.

In Ronnie’s memory, I ask you to think about something that you’ve always wanted to do, and take at least one small step toward doing it today.

37 Comments on Conscious Cat Sunday: Don’t Put Off Your Dreams