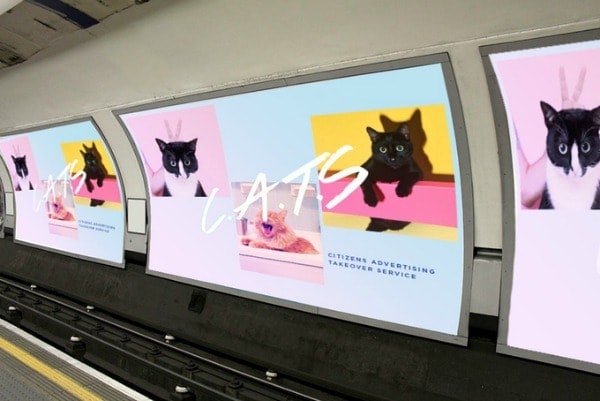 A group in London, England, hopes to raise enough money to replace every single ad in a subway station on the city’s Tube system with cat photos. James Turner, who created the Kickstarter campaign to raise the funds, feels that riding the subway is a stressful experience, and being bombarded with a barrage of ads isn’t helping the experience. Turner and his group want to “strike a small blow for sanity” and offer an alternative for “corporate control of public space.” For more on Turner’s campaign, visit the Washington Post.

If you missed any of the stories featured on the Conscious Cat this week, here’s a recap: on Sunday, we paid tribute to Prince, on Monday, we told you that the canine influenze virus can affect cats, on Tuesday, we reviewed the Zen Clipper nail trimmer, on Wednesday, Allegra shared five ways to charm humans, on Thursday, we told you about Catit Playground New York, and on Friday, we reviewed The True Tails of Baker and Taylor.

2 Comments on Mews and Nips: A Subway Station Filled Entirely With Cat Photos?