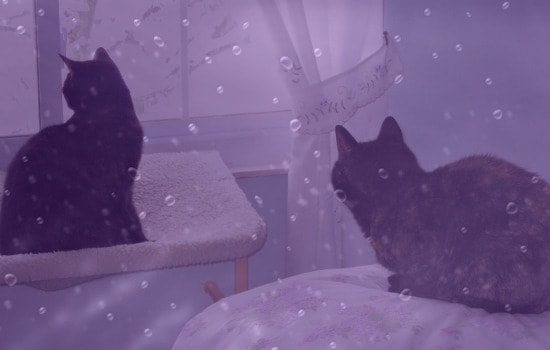 Even ten days later, I still find it hard to accept that Prince is really gone. I never owned any of his albums, and I wasn’t even that big a fan, but his death is hitting me hard. I don’t think I realized until all the tributes started pouring in just how much his songs were part of the soundtrack of my life. Today, I’m going to take a little break from our usual more cat-centric Sunday fare to pay tribute to this amazing artist.

Maybe his death was such a jolt because he was so young – very close to me in age. I was sad when David Bowie died, but Bowie had cancer, and even though he, too, was still young at age 69, somehow, it felt like his death was a little easier to process. Prince’s death had that “it could all be over at any moment for any of us” effect on me.

But more than that, it was the music. I moved to this country in 1984. Purple Rain had just been released. When Doves Cry and Let’s Go Crazy was playing on every radio station. Everyone was partying like it was 1999. Every time I listened to one of the songs over the last ten days, or watched one of the videos online, I cried. I’m not even sure what the tears were about. Yes, they were about the loss of an icon. But they were about more than that. Every time we lose one of these musical greats, I feel like a part of my youth dies with them. The tears were also about mourning that which has gone before, never to be recovered.

Don’t get me wrong. I love my life. I love being the age I am. But a part of me, the part that responds to music, wants to be back in the 80’s, partying to Prince’s music.

Last weekend, a friend and I went to see Purple Rain on a big screen at an AMC theater near me. It was an incredible experience.

One of the many things I love so much about our Conscious Cat community is that it brings so many people from so many different backgrounds together over a common, shared topic: our love for cats. In a lot of ways, watching Purple Rain in a sold out theater with so many others who also mourned the same loss, was a similar experience of community. Almost everyone wore something purple. There was cheering when the movie started, there were shouts of “we love you, Prince.” There was clapping, and there was even some dancing. It felt like a memorial service and a celebration of Prince’s life.

There was something healing about so many people from so many different backgrounds coming together. When the lights came on and the credits started to roll, not a single person got up. When we finally all started to leave, the woman next to me said “thank you for watching this with me.” I know exactly how she felt. For those two hours, we weren’t strangers. For the duration of the movie, all of us in that theater were all connected.

Prince has always been undefinable. His music, and his spirit as an artist, never fit under any one label. And perhaps that is Prince’s final gift to us: he reminds us that while we may not  be as eccentric as he was, we’re all unique individuals capable of bringing beauty into the world.

Thank you for the music, Prince.