I’m a writer, a psychologist, and a cat lover. And sometimes the three worlds mix. I created two fictional cats (Barney and Scout in the Dream Club Mysteries*

) and I have eight adorable rescued cats at home. Both my fictional cats and my own fur babies have many traits in common; they spend their days bird-watching, playing and of course, sleeping. I always feel calm, centered and happy when I’m with my cats; there’s something peaceful and comforting about their presence.

When I visited an assisted living facility, I found myself chatting with the residents about animals. Everyone was eager to share stories about their pets and the nurses told me how much they enjoyed weekly visits from a therapy dog. But where were the therapy cats? A social worker admitted that no one had ever suggested it and she seemed surprised that so many of the residents were confirmed cat lovers. If a dog can be a therapy animal, why not a cat? I wondered. 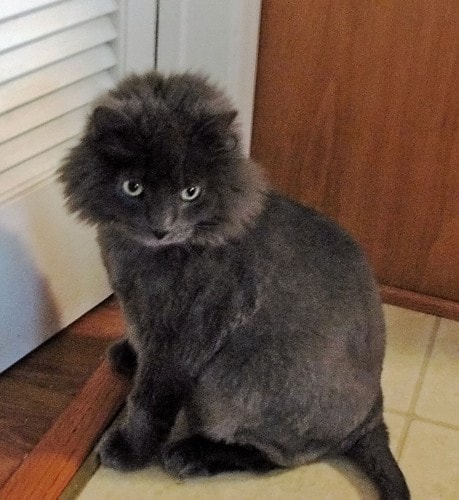 I quickly decided that this was a project I could tackle. The first question I asked myself was this: would any of my own cats work out as a therapy cat? I took a long look at my unruly brood. (I have eight indoor cats and several of them are semi-feral). One of them, a large orange tabby named Henry, was practically a sociopath until I tamed him. Shadow, a long-haired Himalayan, has a sweet personality, but dislikes being picked up and squeals noisily in protest. Calpurnia, a stunning calico, is simply too skittish and it’s almost impossible to catch her. . I found her when she was four months old and I’ve never been able to really socialize her.

I went down the list of the other cats and made an executive decision. Only one of my cats would be suitable; a sweet, mild-mannered female cat I rescued from a vacant lot. Snow white, with an alert, intelligent expression, “Lucky” was one of the most laid-back cats I’ve ever owned. I decided to try her out right away as a “therapy cat.” Admittedly, it would have been better if I could have found a training group for her, but at that time, none existed, so I had to wing it.

I put a bright scarf on her neck and brought her with me the next time I visited. Lucky was a huge hit. I took her in to see the Director of Admissions and she was amazed that Lucky sat quietly next to me on the sofa while we chatted. Once I had the green light, I took her onto the unit. The residents took turns holding her, petting her and telling her what an amazing cat she was. Lucky loved every minute of it. Once I’d broken the ice with Lucky, it opened the door for other cat visitors.

You’ll be surprised how much you’ll look forward to visiting with your therapy cats. It’s a two-way street and you’ll enjoy it as much as the residents.

Mary Kennedy is the author of the Dream Club Mysteries*

and the Talk Radio Mysteries*

from Penguin-Random House. She is a psychologist on the east coast where she lives with her husband and eight rescued cats. You can visit her at http://www.marykennedy.net. 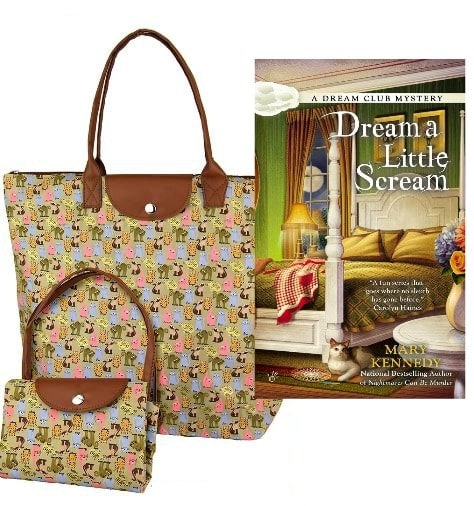 *FTC Disclosure: This post contains Amazon Associate links. This means that if you decide to purchase through any of our links, we get a small commission. We only spread the word about products and services we’ve either used or would use ourselves.