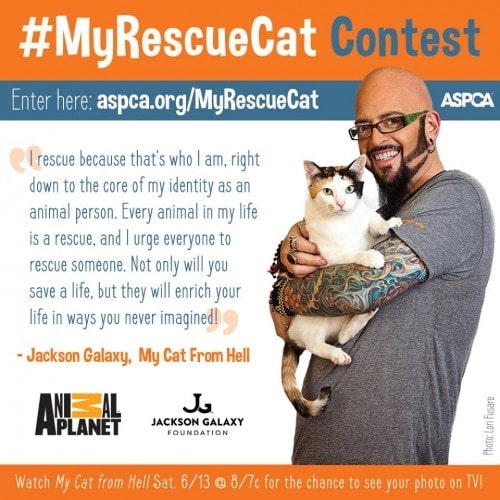 Each spring during kitten season, thousands of newborn kittens join the millions of cats already in shelters and foster homes across the country. The American Humane Association has designated June as Adopt-a-Cat Month® to help find more cats forever homes. This year, the ASPCA and Jackson Galaxy teamed up to host a social media contest celebrating shelter cats during Adopt-a-Cat Month®.

As someone whose life has been irrevocably changed by rescue cats, Jackson’s statement on the image above resonates deeply with me. 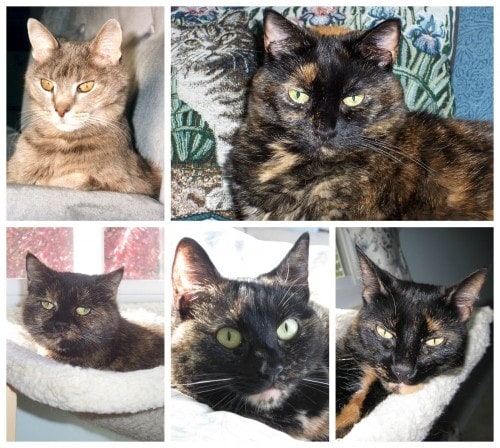 My first cat, Feebee, was born to a cat named Blue, who belonged to a childhood friend of my former husband in the Shenandoah Valley in Virginia. Walt and I were living in Germany at the time, but we would be moving back to the Washington, DC area shortly, so Walt’s friend saved one of the kittens in Blue’s litter for us.

Amber and her five kittens were brought to the animal hospital I managed at the time by a client who had found the little family in her barn. Her kittens were adopted out in rapid succession, but nobody wanted the beautiful mom. I was still grieving the loss of Feebee and didn’t think I was ready for another cat, but she was clearly so tired of living in a cage that I took her home “just for the weekend.” She never left my home and spent the next ten years until her sudden death in 2010 with me. She was the inspiration for this site.

Buckley was my office cat at the animal hospital before I brought her home to live with me and Amber. Even though her time with us was much too short, she changed my life in ways I never could have imagined, and inspired an entire book.

Allegra was rescued from a high kill Maryland shelter and found her way to me after her foster mom brought her to a local animal hospital.I saw her picture on Facebook and just had to meet this little girl.

Ruby was found in someone’s backyard literally “asking” to be rescued. When the kind woman heard the little kitten crying, she opened the door and Ruby ran right up to her without any hesitation. After spending half an hour with Ruby in the home of her foster parents, I knew she would be joining our family.

By sharing your cutest or silliest cat photos using the hashtag #MyRescueCat and signing an adoption pledge, you will be entered for the chance to have your cat’s photo featured on Animal Planet’s My Cat From Hell season finale June 13.

To enter the contest, visit http://www.aspca.org/MyRescueCat. 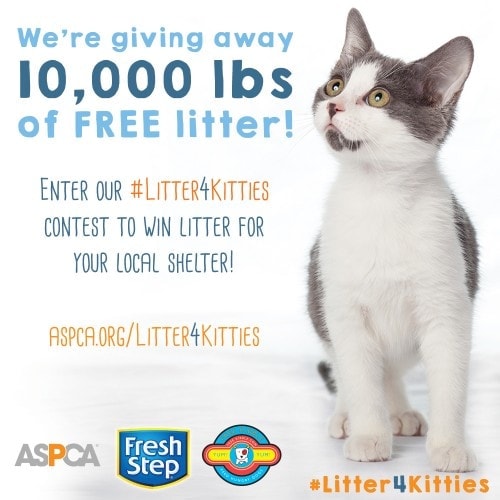 And there’s more you can do to help shelter cats during the month of June: The ASPCA, Freekibble.com and Fresh Step Cat Litter have joined forces to donate 10,000 pounds of litter to shelters.

Both contests run through this Friday, June 12.