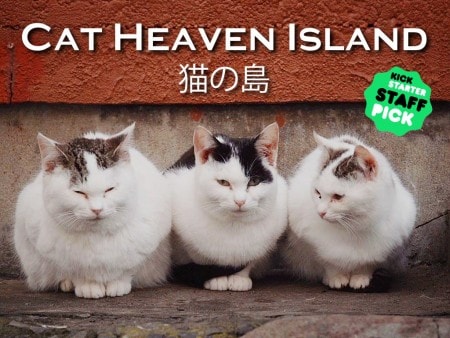 Tashirojima is a small island off the coast of Japan. It has become known as “Cat Island” due to the large stray cat population: cats on the island outnumber people four to one. Cat Heaven Island is a feature documentary that will take a look into the lives of the people and the cats who live on this beautiful peace of land.

Film maker Landon Donoho will show the old, fading culture of this island, which may no longer be inhabited in the next decade. From temples unique to the island, to fishermen who show their way of life, and stories of how the island’s population is still trying to recover from the earthquake and tsunami that devastated Japan in 2011, the film will feature an array of interesting people. A German veterinarian visits every two months to take care of the cats. A photographer knows all the cats on the island by name. Some of the oldest living people on the island showed the film makers around the island. Donoho and his crew developed a sense of closeness with many of the people (and cats) they met there, and his hope is that this closeness will convey to the viewer. 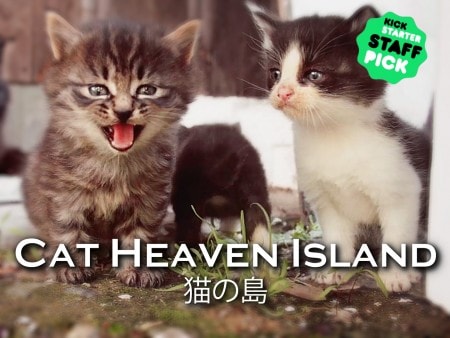 And of course, the film will feature the cats.

Over the past few years, Cat Island has been featured in the media. Most are filled with wonderful photos and small details about the island, but never before has anyone shown the real story of this unique place. Cat Heaven Island will tell this story via a series of vignettes about the island and the cats, and the deep sense of community holding it together at the heart. 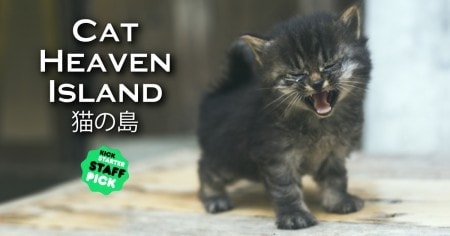 Cat Heaven Island is running a Kickstarter campaign to help raise funds for the remaining post production phase of the project. You can find more information about the film, and see some wonderful photos, on the project’s Kickstarter page.

4 Comments on Cat Heaven Island: A Close Up Look at Tashirojima, Its Cats and Its People