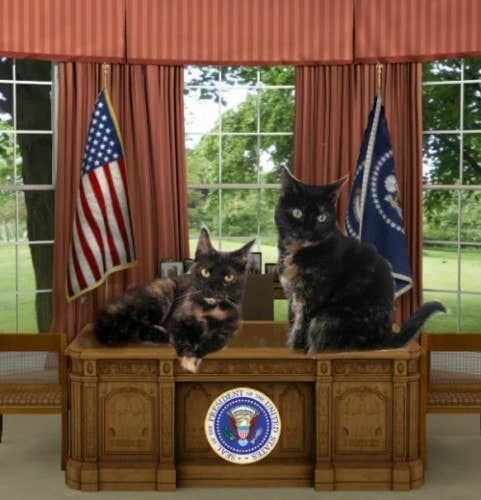 Cats have been in the White House for centuries. Abraham Lincoln’s cat Tabby was the first presidential cat. In more recent times, the Carters’ Misty Malarky Ying Yang and the Clinton’s Socks called the White House home. I’m quite sure that feline energy makes the White House a kinder and gentler place, and I’m equally sure that the world would be in better shape if cats didn’t just live in the White House, but could actually be president. So this Presidents Day weekend, I asked Allegra and Ruby what it would be like if a cat could be president. Not surprisingly, they had some pretty strong opinions on the subject.

If cats could be president,

If cats could be president,

11 Comments on If a Cat Could Be President