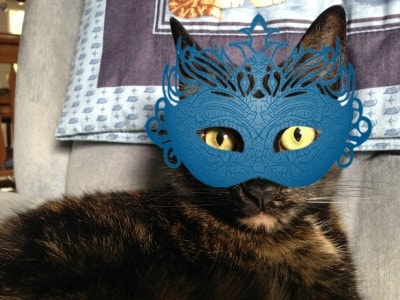 When you are not honoring the present moment by allowing it to be,
you are creating drama. – Eckhart Tolle

I like a good drama as much as the next person. Intrigue, passion, mystery – what’s not to like? But when I say I like drama, I’m talking about fiction, not real life. When it comes to real life drama, I don’t want any part of it.

Drama is toxic. Even if you’re not a drama queen, you’ll still be affected by drama around you. Maybe you have a friend who always seems to be in one crisis or another. Maybe you’re the person everyone comes to with their problems. Or maybe you have a tendency to turn small problems into much larger ones.

Drama can be anything from gossiping to constant complaining to being unkind to another person. Drama feels heavy, suffocating and constricting. And it’s highly seductive, because once you engage, it becomes difficult to escape.

Regardless of what the level of drama in your life is, I guarantee you that any amount of drama is damaging to your soul. Unfortunately, not getting caught up in drama, even someone else’s, is harder than it seems.

Why is it so challenging to disengage from drama? It’s because drama queens are energy vampires. They’re the complainers, passive-aggressives, and doomsday predicters in your life. Like vampires, they feed off the life force of others around them, and they would love nothing better than to turn you into one of them. Misery loves company. And once you engage with one, their icky energy will contaminate your own energy field, unless you’re very careful about protecting yourself.

If there’s drama in your life, you need to take a good look at yourself – because chances are, on some level, you’re creating it. Are you looking for some excitement in your life? Did you grow up with lots of drama, so being around it feels comfortable? You may be surprised at the answers to these questions.

Make a conscious choice to disengage from the drama in your life. Don’t participate in gossip. Don’t feed into other peoples’ drama. Reconsider unhealthy relationships and get rid of the energy vampires in your life, or limit contact with them as much as possible. If there are people in your life who thrive on drama, let them know you’ve made a decision to not participate any longer, and invite them to do the same. Communicate honestly and directly with others.

Cats don’t like drama, either. They prefer life to be peaceful. They’re sensitive to the energy around them, and they tend to take on their human’s problems, sometimes, in an effort to heal them. That’s not only an awful lot of hard work for a cat, it’s also detrimental to their well-being.

You  may never be able to completely eliminate drama  from your life, but you can choose to not play the game. I guarantee you that your life will be more peaceful. And so will your cats’ lives.

13 Comments on Conscious Cat Sunday: Just Say No to Drama