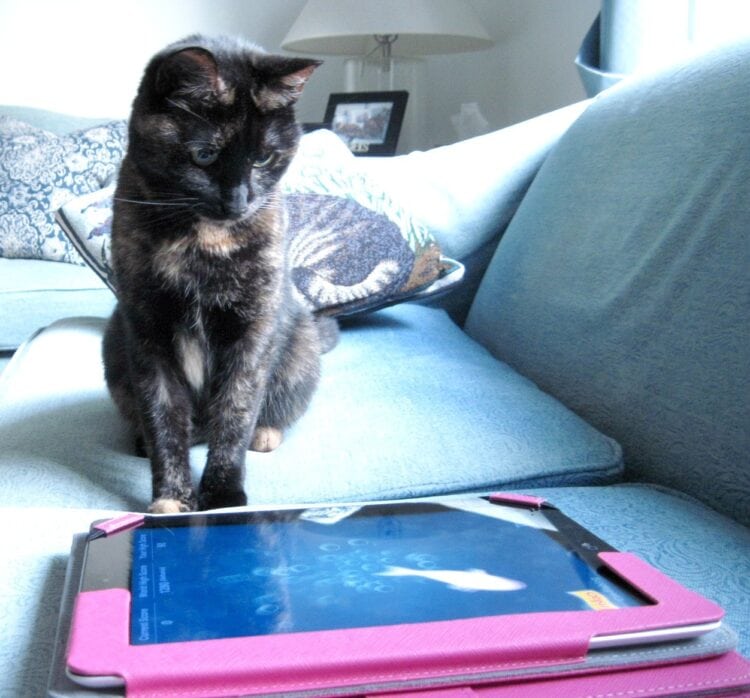 I had been considering getting an iPad for quite some time, and a couple of weeks ago, I finally took the plunge. The iPad is my first Apple device, and I like almost everything about it. I use it for various aspects of my business, and it has made my life easier – and isn’t that what technology is ultimately all about? And yes, I admit it: it’s also just plain fun.

What I didn’t expect is that Allegra and Ruby would also enjoy it. But why don’t I let them tell you about it.

Ruby: What is that flat thing that Mom keeps staring at, Allegra?

Allegra: I don’t know, Ruby. Looks like a larger version of that other flat thing she reads books on.

Ruby: But look, she’s tapping it, and the picture on it has colors, and it keeps changing.

Allegra: You’re making that up, Ruby. 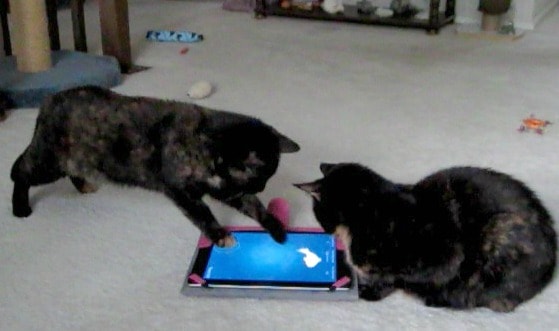 Ruby: Look, Allegra! When I catch the fishie, it disappears! All you can see are bubbles! Wee!!! Die, fishie, die!!!

Ruby: There’s another fishie! Get it, Allegra!

Allegra: Out of my way, Ruby!

A note from Ingrid: Ruby loves playing the Cat Fishing Game. Allegra was a little more hesitant at first, and also got bored with it more quickly.

We’ll be sure to check out more games for the girls in the future.

Do your cats play iPad games?

21 Comments on Allegra, Ruby and the iPad